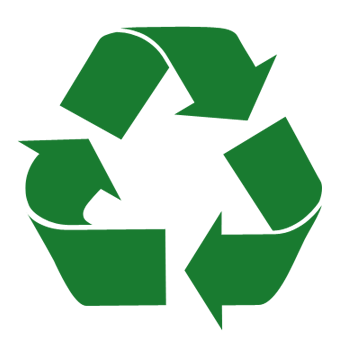 Wake Forest’s Office of Sustainability’s mission is to inspire others to lead and put initiatives that are environmentally conscious into action.

“We influence without authority and use a lot of different resources to think about collaborative ways to get people involved,” Office of Sustainability’s Chief Officer Dedee DeLongpre Johnston said. “Empowering others to lead takes a lot of constant work, we want to make sure folks are adequately engaged in our mission.”

Johnston arrived to Wake Forest in 2009 and was brought on board to create the Office of Sustainability — there was no office or program before. She served as the director of the Sustainability Office at the University of Florida for three years and is involved in several other programs.

Since Johnston has been at Wake Forest, student engagement has grown and the community is more knowledgeable on climate change and its detrimental impacts.

“Back in that time there was something called the green school report card — it was sort of a sham,” Johnston said. “It was just a survey and answers went somewhere, a report card grade was spit out without transparency, which was not helpful in actually knowing how environmentally conscious the community was. When I got here, Wake Forest scored a D on the first report card.”

An influx of students in recent years with heightened awareness about climate change has elevated the issue in the community’s conversation. However, having knowledge about the problem isn’t enough. The campus community taking action is what causes positive change, according to Johnston.

“The measures taken have not nearly been sufficient to address our changing climate and the underlying facets of it,” said Charlie Engel, who is a junior studying abroad this semester in Copenhagen. “Unless students care, we aren’t going to make substantial strides and it ultimately relies upon them to care and become invested on the topic.”

Although there is still a gap between the Office of Sustainability and the student body with regard to taking action, there have been some very successful projects executed. The office conducts critical research on energy efficiency, reduces food waste from dining services and overall waste on campus, promote recycling and influence the creation of environmentally-conscious buildings.

“A lot of people do care about the environment. It is just difficult to get them to adopt better lifestyle habits and encourage them to get involved,” said senior Sustainability Ambassador Cristin Berardo. “Students can take positive little steps like taking shorter showers, turning off their lights, and ridesharing.”

The Office of Sustainability empowers departments on campus and the community to take charge, supports them with resources, and aids in setting and reaching goals.

“We are intentionally a very small office because we want other offices to spend their money differently and integrate sustainability in what they are doing,” Johnston said.

In the renovated Reynolds Gymnasium, for example, the Office of Sustainability is excited about some improvements that not only lessen the university’s carbon footprint, but are steps in the direction they want to go in.

“The big-ticket win on the Recreation Center that was a dream but stayed into motion is the solar heating for the pool,” Johnston said. “Water is super cheap here and so is energy but the long-term investment in solar heating is the smart decision.”

Although awareness doesn’t always equate to action, devoted Wake Forest students and faculty engage in the environmental movement to tackle the issue.

“It’s going to take substantial creativity and innovation — both politically and in entrepreneurial ventures-to handle this thing,” Engel said.