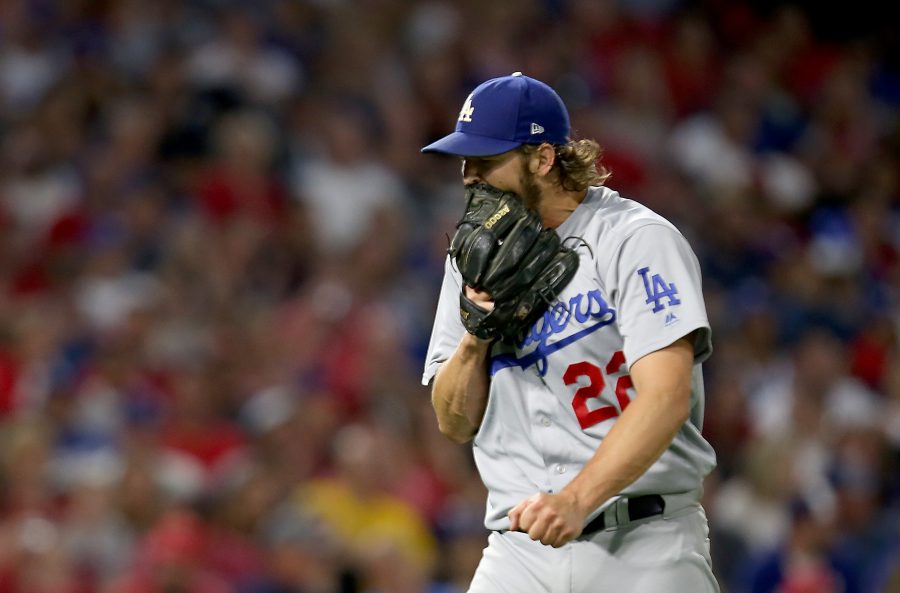 The sun is setting on the 2017 MLB regular season, and the playoff picture becomes clearer each day.

For a league that prides itself on parity, the MLB has seen surprisingly little this year, as five of the six division leaders are would earn repeat division titles.

The Wild Card slots in each league have been more contested than the divisions throughout the season, but three of the fours slots appear secure now. None of the four teams currently holding a Wild Card position were in the playoffs last year, and the 2012 decision to add a slot in each league appears to have been successful in creating more drama at the end of September and providing an opportunity for more clubs to see October baseball.

As there are still a few games left for every club, the playoff picture could change a bit. It is perhaps slightly early to make playoff predictions, but assuming the tentative standings hold through the end of the regular season, the following results are my predictions for the Wild Card games and division series.

The Twins have yet to name their starter for the Wild Card game, but Ervin Santana will likely take the hill to face the Yankees young ace Luis Severino. Santana appears to have seen a career renaissance this season in Minnesota, but his peripherals tell a different story. His FIP (fielding-independent pitching) is over one point higher than his ERA, and this suggests that luck has played a major role in his 2017 success. With this knowledge, it is safe to predict that the powerful Yankees lineup will hang plenty of runs on the board and cruise to an easy victory behind the fire-balling Severino.

If the Rockies hold their small lead in the Wild Card race, they would travel to face their division rivals in Arizona. After a hot first half, the Rockies have cooled off considerably, going just 33-34 after the All-Star break. Couple this with the Arizona’s addition of outfielder J.D. Martinez to an already loaded lineup, and the game looks even more challenging for the Rockies.

Colorado’s top starter, Jon Gray, would likely get the ball for the win-or-go-home game, and though he has been successful this season, it seems unlikely that he will outduel Arizona’s veteran ace Zack Greinke. If the Colorado lineup, led by NL MVP candidate Nolan Arenado, can knock Greinke out of the game early, they stand a chance, but this matchup favors the home team.

The red-hot Indians, who recently finished the longest winning streak in MLB history, will prove too much for this young Yankees club. The Yankees will hang some crooked numbers via home run in at least one game, but the depth of the Cleveland lineup and the dominance of starting pitcher Corey Kluber should be enough to prevent an unlikely New York series win.

This is perhaps the most intriguing of all division series matchups, as each team boasts a young, dangerous lineup and starting rotation depth. In the end, Houston’s addition of veteran ace Justin Verlander will be the difference maker as he gives the Astros a rotation stalwart that should guide them to a tight series victory. Boston will not roll over quietly, however, and the fact that Chris Sale will likely pitch two games for the Red Sox in this series could turn the tide in Boston’s favor.

The clash of these two NL West powerhouses will be the one of the more heated matchups, but the rotation depth of the Los Angeles should stymie the offense of Arizona. Clayton Kershaw’s much-maligned playoff performances of years past are no indication of how he should pitch in this series, and he will lead the Dodgers to another NLCS.

Each of these clubs has flown under the radar at the end of the 2017 season, as the shadow cast by the dominance of the Dodgers and Indians has hidden these two clubs that normally attract national attention. The Cubs are not as strong as they were last season, and their would-be ace Jon Lester has been far from ace-like of late. All of Washington’s key injured roster pieces, including right fielder Bryce Harper, have slowly returned from injury, and the NL’s most frightening lineup is intact again. The defending World Series champions will fall to a Nationals club that is tired of being a “one and done” in the playoffs.