Museum of Anthropology exhibit celebrates Day of the Dead 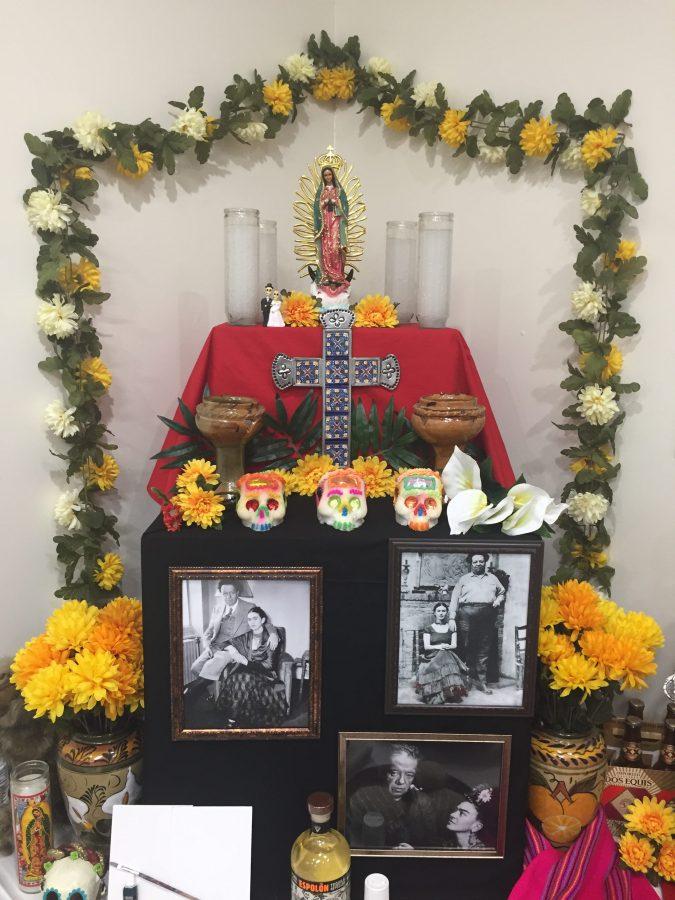 The Wake Forest Museum of Anthropology is currently displaying its annual exhibit celebrating Día de Los Muertos, the Day of the Dead.

Observed from Oct. 31 to Nov. 2, this traditional Mexican holiday emphasizes life after death and the spiritual journeys of those diseased.

The exhibit’s design is purposefully emblematic of the vibrant public marketplaces that appear in the days prior to the celebration. Most observers purchase the necessary paraphernalia in these temporary public markets, investing large sums in materials for decoration, offering and gift-giving.

The exhibit curates a vast collection of sugar skulls. The history of these symbolic delicacies coincides with the increasing prevalence of skeletal imagery. The practice of selling statues composed of sugar, often referred to as alfeñiques, has prevailed since at least the 1700s. Initially resembling human and animal figures, the increasingly common skeletal imagery now associated with the holiday quickly influenced the craft to such an extent that sugar skulls are now almost synonymous with alfeñiques. Intricately designed sugar skulls are often displayed on alters, but may also be given as edible gifts to children.

Just as colorful sugar skulls celebrate the abstractly spiritual nature of death, Mexican folk art celebrating Day of the Dead confronts death as naturally beautiful, peaceful and colorful, and has attracted international attention. The eclectic saturation of color portrayed in ceramics, papier-mâché, sugar and paper picado, presents a non-morbid celebration of death contrary to the mournful perspective taken by other cultures.

A meticulously constructed ofrenda celebrating notable Mexican Folk artists Diego Rivera and Frida Kahlo is the exhibit’s primary feature, and illustrates the celebratory nature of Day of the Dead. Offrendas are “offerings to the spirits of loved ones who have passed away,” and typically incorporate photographs of the deceased, personal affects, candles, religious symbols, flowers, sugar skulls, food and drink. It is believed that the souls of the deceased, upon returning home, absorb the “smell and essence” of the food and drink offerings. It is after this that the offered meal is consumed by living family members in a joyous celebration of life and death.

Bouquets of flowers often varnish familial offrendas, representing the brevity of life and helping to guide spirits home, with candles representing hope and faith to light the way. The exhibit’s ofrenda to Rivera and Kahlo includes three sugar skulls which represent the Holy Trinity, as well as a figure of Jesus. As Rivera and Kahlo were married, the display also includes a small statue of a skeletal bride and groom, which appear almost comical yet entirely reverent and joyous.

While this appealing diffusion of solemnity and celebration has garnered widespread popularity, commercial industry in the U.S. has in recent years compromised the tradition by capitalizing on its aesthetic appeal. The skeletal imagery once unique to Día de Los Muertos can now be found year-round on a variety of unrelated items, and objects manipulating the style of Mexican folk art are sold amongst Halloween decor in large retailers. To many Mexicans and Mexican-Americans, this represents cultural appropriation as, according to the museum curators, “removing the imagery from the context of the celebration and seeking to profit from the rich cultural tradition jeopardizes its authenticity.”

While this perversion of traditional symbolism does represent cultural appropriation, the museum curators do add that this may indicate a broader inclusion of Lantino influence in the U.S. social and economic mainstream.

The Museum will continue to display “Life After Death, The Day of the Dead in Mexico,” until Dec. 8 and presents text in English and Spanish.