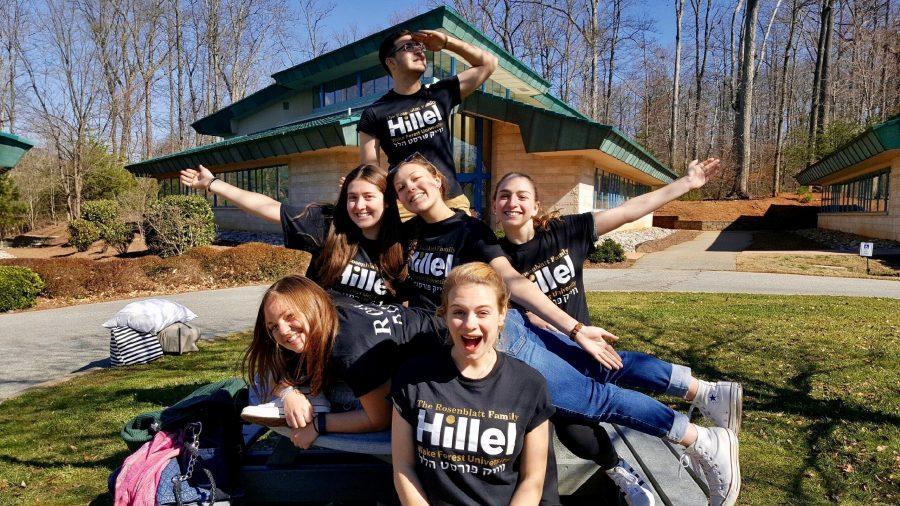 Last week marked the beginning of Rosh Hashanah, the Jewish New Year, and an uptick in Hillel’s activities on campus.

Hillel is a student-run organization with the goal of cultivating a rich Jewish life on campus for those practicing the faith and those who are interested in learning about other religions.

The Hillel organization began in 1923 with the goal of helping educate college students about their Jewish faith and culture. It has spread to 550 different campuses and 56 different countries, according to the website. Hillel came to Wake Forest 20 years ago and the chapter was named by the Rosenblatt family in 2015.

She went on to explain that Hillel hosts a Shabbat supper twice a month in the basement lounge of Collins. They celebrate the Sabbath together, a holy day of rest, by eating a meal as a large group after some blessings are shared by the board members. Typically 40 to 60 students show up each week. Bretan explained that some students bring their non-Jewish friends along to these gatherings because of the good food and welcoming environment.

Senior Jamie Lichtenstein is the president of Hillel this year. She and the other members of the Board are responsible for planning events, which include social gatherings and services on the High Holy Days of the Jewish calendar. Most of the students involved with Hillel have a Jewish background, but some like to come for the fun events and the community feel.

During Rosh Hashanah, Hillel celebrated with services in Davis Chapel and the ceremony of Tashlich on the Sept. 21, partnering with the local Winston-Salem temple for this service. Yom Kippur, the holiest day in the Jewish calendar, is Sept. 29. Hillel is hosting services and events all day. Kol Nidrei marks the beginning of Yom Kippur, and is characterized by a fast from sunset on Friday until sundown of the next day. At sundown, Hillel is having a meal to end their day of fasting, as is tradition with families or temples back home.

Many of their events are centered on holy days, but are social in nature. For example, during the first week of October, Hillel will be celebrating Sukkot, the holiday of harvest. They will build a Sukkah, or a hut, together and share a meal in it as a group. Students like Lichtenstein enjoy celebrating these days together because “it’s nice to bring the traditions to school.”

Wake Forest’s Hillel works closely with other faith-based organizations on campus through the Interfaith United Team. This group includes the Muslim Student Organization, the Episcopal student group, the Baptist Student Union, the Lutheran student group, Presbyterian Student Fellowship and the Catholic community. These student groups come together and have large community events.

Amit Nir, sophomore and board member said, “I am involved in Hillel because I want to grow and improve the Jewish life here at Wake Forest. I am not religious, but after a few months here I realized the importance of having a strong Jewish life presence on campus, especially with all the anti-Semitism going on around the world. So I decided to become part of the board so I can help make Hillel better and have a bigger presence on campus.”

Both Bretan and Lichtenstein agree that the end goal of Hillel is to create an inclusive and fun community on campus that welcomes students and helps them learn more about Jewish culture.

“We support Jewish students as they live their personal and communal Jewish journeys,” Bretan said.