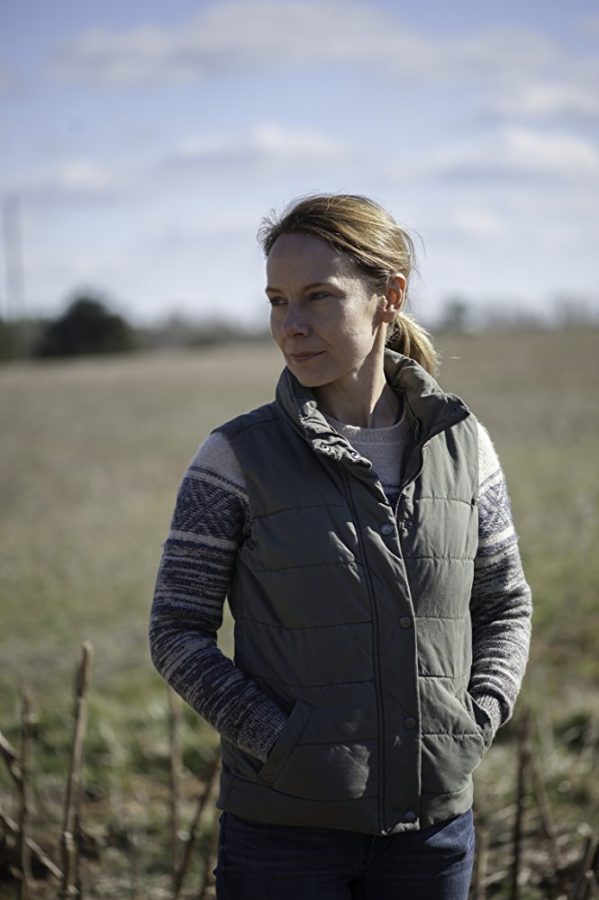 MacLachlan grew up in Winston-Salem and graduated from University of North Carolina School of Arts (UNCSA) in 1980. He rose to prominence through his various playwriting and screenwriting endeavors, especially the 2005 indie-hit Junebug.

AAA is an important film for Winston-Salem in numerous ways. MacLachlan is one of the city’s most accomplished artists and any success of his reflects well on the city and its artistic infrastructure. Also, the film’s crew was made up of UNCSA employees and students, and will only serve to boost the reputation of that institution, as well as providing vital experience for young filmmakers.

However, the most valuble prize for Winston-Salem can be found within the art itself. The film was shot on an unoccupied farm in East Bend and its setting is crucial. MacLachlan makes expert use of his use of his native land, emphasizing its tough red soil and wilted tobacco harvest. The dead crops of winter mirror the dark subject matter and the desperation faced by the main characters, siblings Tracy and Jesse Ledbetter. They are farmers, and live on and live off of North Carolina soil. The opening shot shows Tracy (Amy Ryan) burying her father in the cold, dead winter earth. This begins a unity between man and his environment that continues throughout the film.

In the Q and A after Saturday’s showing, MacLachlan discussed the deaths in his film. In this world, life is fleeting but the land is permanent, and one day we will all return to something bigger than ourselves. In the film, three elderly brothers who grew up on the Ledbetters’ farm return home and try to secure it as their final resting place. Western North Carolina becomes a pilgrimage site for these men — a kind of holy land — much like it was for MacLachlan himself.

The motif of ashes being scattered shows this union between the soul and the land. Even though life is fleeting, we will one day become something more permanent, and in that way are set free. The action also represents the necessity of letting go of loved ones after death. They have moved on to be a part of something greater, and holding them in urns, or holding grief in our minds, only traps them. The film is not light fare, but taken in this way is incredibly redeeming.

The film has a few scenes that are slow and a few choices that come across as awkward. For instance, the first two times that birds are mentioned and heard by the audience, they are not shown. This is  interestingly symbolic, as it represents the characters inability to let go of guilt or grief until the ending.

However, in the moment, this choice feels a little too conspicuous, almost as if the director meant to find a shot of birds flying but then forgot about it until it was time to edit. It was a good idea but didn’t come through in the execution. This contrasts with a moment near the beginning of the film, when a truck driving by in the background interrupts a profound conversation between the two siblings, bringing them back down to Earth and their sad reality. This is much subtler example of the characters interacting with their environment, and works beautifully in the context of such a depressing scene.

AAA is in a large part about coming home, and MacLachlan will do just that when he returns to Winston-Salem next Spring to teach a screenwritingcourse at Wake Forest.