The lead singer of Radiohead is a flea 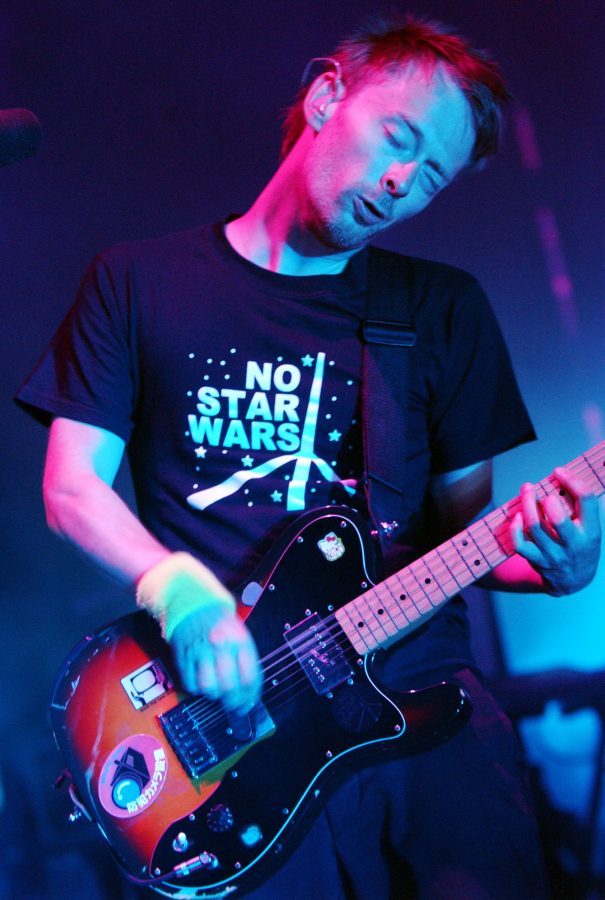 To quote esteemed songwriter and songbird of his generation Thom Yorke, “I’ve got myxomatosis.”

Such a line, especially when paired with the line immediately following it (“I’ve got myxomatosis”), conjure an image of, and I quote Wikipedia, “ … skin tumors, … blindness, … fatigue and fever.”.

Now, I am no dermatologist, but I think that me or another several radiohead fans in existence would have been recognized if Thumb Yerk had developed, to quote Wikipedia, “ … skin tumors, … blindness, … fatigue and fever.”.

Therefore, we seem to be stuck in a bit of a quandary. Tim Yert, famed along with George Washington and Dwayne “The Rock, the Whole Rock, and Nothing but the Rock” Johnson for never telling a lie, has publicly stated many times that he has myxomatosis. Yet he exhibits none of the typical symptoms of the disease and has survived long past what would be expected of someone with his particular affliction. Therefore, using modus ponens (or, in English, my brain), Tamb Yorine must be a carrier of the disease. Again, citing the wealth of knowledge on myxomatosis available on Wikipedia, myxomatosis is generally carried by fleas. Therefore, and see if you can follow my logic here, Them Your must be a flea.

Now I know what you’re thinking — because I am omniscient, I’m simply cherry picking a line from one song on arguably the worst Radiohead album released between Amnesiac and In Rainbows.

Let me allay these vile dissenting thoughts by submitting another damning piece of evidence. Thimble Yoink has been seen cavorting with a Flea while playing in the band Atoms for Peace. Why would he associate himself with a Flea if he was not a flea himself? As we know from geometry, two points define a line, so therefore by using the two pointed defined previously I can define this line: “Thom Yorke is a flea.”

So what — you are now thinking — lots of people are parasites of some form or another. Why could such a visionary musician not be? I would respond with the following points that are henceforth expounded. Tan Fork has the form of a human being. He speaks the same language as many of us and demonstrates his experience of the human condition through his lyrics (specifically, the line in Weird Fishes/ Arpeggi “I get eaten by the worms/and weird fishes”). Therefore, it must be asked, nay, exclaimed, that if Tian Dork is conclusively a flea and has many of the same physical and mental characteristics as us, mayhaps we are the fleas! Then what are fleas, if we are they? They cannot be we, so what could they be? What is anyone? Are we all just a series of orthonormal vectors defining the vector space of the universe? Reality is subjective, and this essay is over. Bye.