Behind enemy lines: talking with Clemson before the showdown in Death Valley 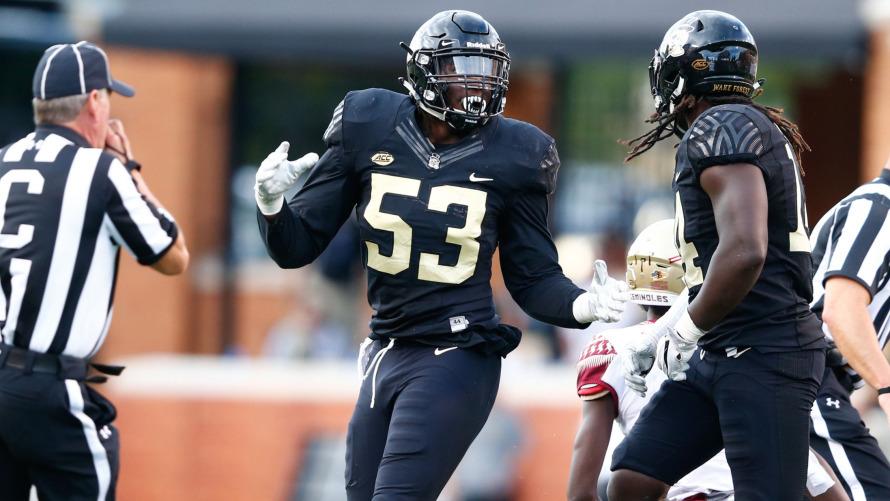 I sat down with Colin Halm of The Tiger, the student newspaper at Clemson, to find out a little more about Wake Forest’s matchup with the No. 2 Clemson Tigers.

KYLE TATICH: Clemson looks to be a legitimate national contender having defeated three top-20 opponents through five games. How have the Tigers been able to remain at such an elite level, despite losing many leaders from last year’s national championship team?

COLIN HALM: High level recruiting is the short answer. Dabo Swinney has been a top recruiter in the nation since he was an assistant at Alabama. Not only that, but he hired guys like Jeff Scott and Brent Venables who are both good as coordinators, and recruit as well as Swinney himself. The Tigers are in a position to have the number one recruiting class of 2018 so it stands to reason we won’t have much of a problem reaching the playoffs every year.

KT: A season ago, Clemson lost at home to an inferior Pittsburgh team, and also nearly fell to NC State. Did you believe the Tigers overlooked these opponents? How were two middle-of-the-road ACC teams able to compete with the eventual national champion on the road?

CH: Overlooked is not the right word necessarily. Because we play a lot of the same teams in the ACC, often we don’t gameplan for some of the surprises they might throw. Pittsburgh used a shovel pass for most of the game that the defense wasn’t used to seeing. Clemson plays Georgia Tech all the time and their playbook is hard to defend, but defensive coordinator Brent Venables has figured it out and regularly beats it. If they threw in something new this year he didn’t plan for it might cause problems.

KT: What about Kelly Bryant has impressed you as he replaces Deshaun Watson this year? What part of his game could he work to improve the most?

CH: Bryant has done a great job being a dual-threat quarterback, but that’s also his greatest problem. He sweats up the run well as the defense has to figure whether he is running or the running back is. If they figure out too late or don’t figure it out at all, Clemson gets a big gain. The problem is when he drops back to throw and feels pressure. Bryant seems to have a bit of a hair trigger with it and instead of keeping his eyes downfield he might make one or two reads and then split. He can’t always lean on being able to escape the pocket, but he does. Unless he breaks the habit, better defenses will win out almost like Boston College did.

KT: What is one matchup that you think will be important to watch throughout the game?

CH: Watch Wake Forest’s defensive line against the run game. If they don’t stop the bread and butter, the Demon Deacons can’t hope to stop the offense.

KT: What do you think is Clemson’s greatest strength?

CH: Easily our defensive line. There is no doubt all of them will be main fixtures on NFL teams someday, but for right now they are part of one of the best defenses in Clemson history. If not for some garbage time yards by Louisville and Virginia Tech against the second stringers, this defense would probably be ranked number one in total defense. As it stands they are ranked seventh right behind Alabama. It all starts with winning the battle in the trenches.

KT: Clemson will win if…

CH: If they create pressure on quarterback John Wolford. If Wolford doesn’t have time to throw, the balanced attack goes out the window and Wake Forest is forced to get creative in order to move the ball down the field. Their running backs don’t have the ability to shoulder the burden of the offense entirely by themselves.

KT: Wake Forest will win if…

CH: If they shut down the running game. If Kelly Bryant can’t scramble and Tavien Feaster, CJ Fuller and Travis Etienne can’t move the chains it will force Bryant to throw the ball. He is worse at staying in the pocket than he should be as a quarterback. Deshaun Watson got better as a player and as a passer when he stopped scrambling and Bryant will too, but he needs to give it a chance.

KT: Give me a score prediction.