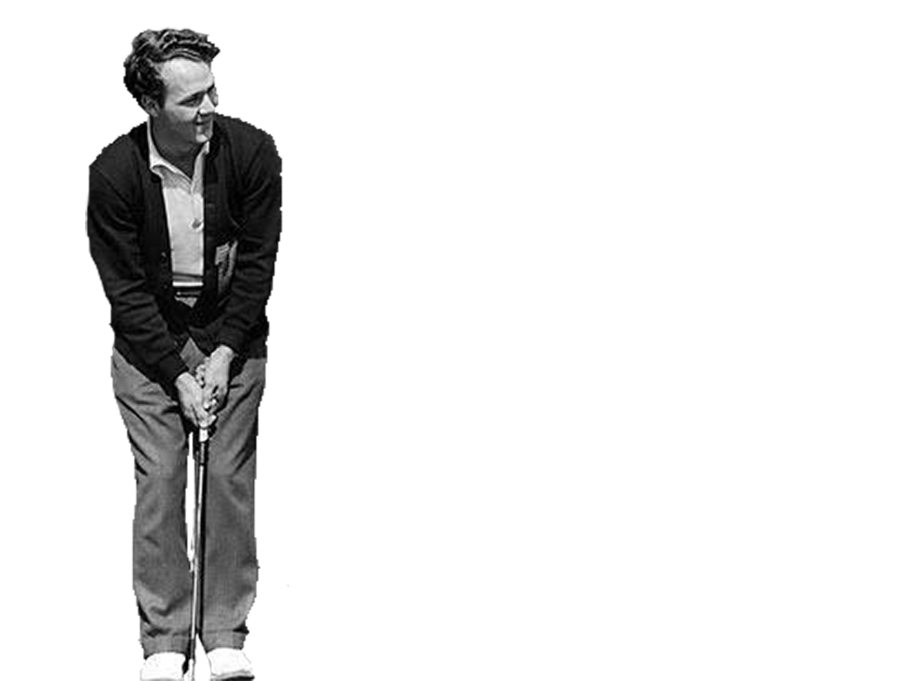 Last week, on Sept. 25, the one-year anniversary of the passing of Wake Forest legend and global icon, Arnold Palmer, the world reflected on the life of one of golf’s greatest players.

Palmer was a man beloved beyond the golf course, truly taking Wake Forest’s motto “Pro Humanitate” with him everywhere he went. His selflessness and ability to make each individual with whom he interacted feel more important truly exemplified his true persona.

The Old Gold & Black celebrated his career over multiple decades, covering each of his seven major championship victories, as well as his many achievements and accolades, which include but are not limited to his recognition as Sports Illustrated Sportsman of the Year (1960), his World of Golf Hall of Fame induction (1974), his PGA Tour Lifetime Achievement Award (1998), his achievement of the Presidential Medal of Freedom (2004) and the Congressional Gold Medal (2009).

Each of his honors and achievements gave the Old Gold & Black incredible opportunities to celebrate the successes of a former Demon Deacon at the top of their profession.

As a publication, we pay tribute, one year later, sharing excerpts from those that contributed through writing to our commemorative issue that honored Palmer in Sept. 2016.

“I remember the first time I visited Arnold Palmer in Latrobe, Pennsylvania, I walked around his office, taking in the displays of memorabilia that marked moments of his life: four Masters trophies and the corresponding scorecards, President Dwight Eisenhower’s golf clubs, a Norman Rockwell portrait of the golfer, the Presidential Medal of Freedom and the Congressional Gold Medal. He still had the Pennzoil tractor that co-starred with him in early television commercials, reels and reels of tournament film on bookshelves and all of the golf shoes and clubs he used throughout his career.

And on the wall to the left of his desk is his chapter on Wake Forest. There is an aerial photo of campus, a picture of the Quad after it had been rolled, his honorary degree and a photo of him speaking at Commencement in 2005. In the center of that collection is a picture of a college-aged Palmer with his best friend. They were holding a trophy — evidence of a Wake Forest golf victory.

Over the last decade, it has been a delight to get to know Palmer. He was a gentleman of great warmth and grace, a person who sustained meaningful friendships and one who loved Wake Forest and did a tremendous amount to support and advance our university.

Palmer once told me, ‘At Wake Forest, there was a friendship and education that created a background for my entire life. It didn’t come out of the books; it came out of the association with my fellow students and my professors.’

Wake Forest lost a giant. We lost a gentleman who loved people — a man who offered us the depths of his kindness. We lost a legend who changed the way we play the game of golf. And we lost a friend who displayed what it meant to live with character and honor and so inspires us to do the same.”

“Though my personal connection with Mr. Palmer was minimal, stretching no further than a simple handshake, his influence as both a player and a leader in the game of golf has had a powerful effect on me. He touched so many, including myself. He was heralded not only as a player but also as an ambassador and personality. This is why he is “The King” — his reaches go far past the golf course. His legacy lives on and this is why so many, including my teammates and I, hold him in such high regard.” – Tanner Owen ‘18

“Anytime I won a tournament, I got a congratulatory letter from Mr. Palmer due to being on his scholarship.  No trophy will ever come close in value, in my opinion, than the congratulatory notes he sent me. All of his stories that he shared with me had life lessons. The lessons of how to carry myself as a true gentleman are lessons that I will pass on. There is no doubt that his legacy will continue to live on with the lessons

that he passed on to the lucky people he touched.  There were many golf lessons involved in our talks, but the things I will value the most will be his lessons about becoming a man. I am forever grateful for the impact Mr. Palmer had on my life.  Thank you, Mr. Palmer. Rest in peace.” – Will Zalatoris ‘18

When Wake Forest men’s head golf coach Jerry Haas receives recruits at Wake Forest, he makes sure they understand one thing regarding Wake Forest’s reverence for its most famous alumni.

“There is only one statue on this campus, and its of Arnold Palmer,” Haas said.

It’s a simple fact that encapsulates an absolute truth: Palmer was Wake Forest. A boy from Latrobe, Pennsylvania, who arrived at a small, regional Baptist University by chance, became the face of everything Wake Forest embodies.

Yes, Palmer was a historically great athlete, but he was so much more to so many people. Not only did he completely change the game of golf with his unbelievable personality and business sense, but he cared for everyone he came in contact with.

It’s hard to quantify with words just how much this man, endearingly known as “The King,” meant to so many different people. He embraced fans, competitors and all individuals alike; he strove to make a lasting impact on the world and everyone in it.

Arguably, one of the greatest memories Wake Forest fans have of Palmer was his participation as the honorary captain in the 2007 Orange Bowl. Joining Louisville’s honorary captain, Muhammad Ali, it was a meeting between “The King” and “The Greatest” at midfield for the coin toss.

It is memories such as this that Wake Forest fans remember, memories that provided great pride for our university.

All of us here at the Old Gold & Black, past and present, warmly remember Palmer for years of memories and exciting content that gave our weekly publication substance and pride.