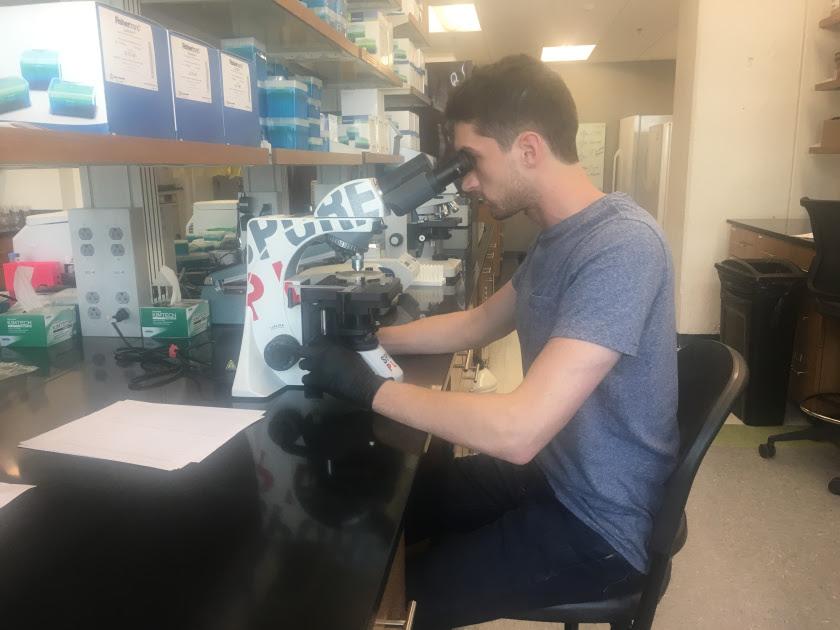 Flashback to 1944 in the German-occupied Netherlands.

A blistering cold winter and a German blockade prevented food shipments from entering the heavily populated north provinces. Famine plagued the region, with an estimate of 4.5 million affected by the lack of food supplies.

For Dr. Ke Zhang, who studies epigenetics regulation at Wake Downtown in the Department of Biology, the Dutch Hunger Winter is an interesting key into the world of gene expression.

Studies show that babies born during this time period were more likely to develop diabetes, obesity and cardiovascular disease later in life, according to one of Zhang’s graduate students James Tucker.

What caused these children to be more susceptible to disease as they aged?

“Nothing about their DNA is changing,” Tucker said. “That’s not what’s affecting the change. This is where the idea that there has to be some extra level of control came from.”

That extra level of control is the epigenome, or any heritable change in gene expression that is not caused by a change in an organism’s DNA sequence.

After the Human Genome Project was completed in 2003, a popular misconception was that scientists would be able to cure all diseases using this blueprint of humankind. However, most diseases cannot be solely explained by single mutations, or changes in the DNA sequence, but rather involve multiple incorrectly expressed genes.

Epigenetics plays a role in any complex disease, according to the National Institute of Health. Currently, there are 12 diseases identified to be directly caused by epigenetics.

In the case of the Dutch Hunger Winter, metabolism genes in fetuses developing in malnourished mothers were heavily expressed. This gene expression caused the children to more easily develop health problems later in life.

Zhang and her team of two graduate students are working diligently to understand the degree to which certain genes are expressed.

Using fission yeast as a model system, Zhang and her team are currently examining how the tightness of DNA wrapped around different nucleosomes, a structural unit of a chromosome, can silence a gene. The more tightly wound the DNA is wrapped around the nucleosome, the harder it is to turn that gene on, according to Tucker.

Another method the team uses to understand gene expression is gene knockout. By inducing mutations that silence genes, Zhang is able to determine the biological function of that gene.

“We are providing a base onto which more clinical studies can base their findings on,” said graduate student Bahjat Fadi Marayati. “We provide an answer to a big question at the molecular level. Without those answers, none of our cancer therapies would have existed.”

One challenge Zhang is currently facing is the lack of students working in the lab. While a small group allows graduate students to have more one-on-one time with Zhang, the group often struggles to compete with larger labs for grant funding, according to Tucker.

Former associate provost of research Bruce King agrees with Zhang that money is always a challenge when conducting research. However, often underlying this primary monetary struggle is the challenge to communicate and work collaboratively, according to King.

Zhang achieves a balance of interaction between her work and her graduate students by viewing Tucker and Marayati as teammates and mentees.

“We’re all working together to get research done and advance science, but I’m also here as a student and she’s always keeping professional development in mind,” Tucker said.