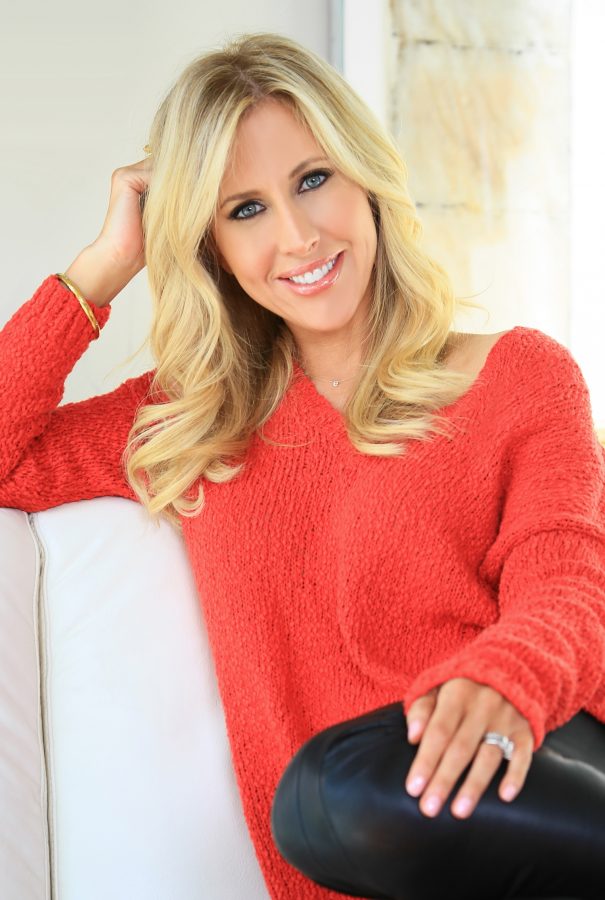 Last Thursday, the die-hard Deac returned to her alma mater to speak about her journey in publishing and her time at Wake Forest.

How has it been being back at Wake Forest?

I love coming back — every time is special. Seeing old friends and meeting new students is always a real treat. But I come back about once a year so when I do it’s not like, “oh everything has changed,” because I come so often. But it’s always so special.

How did your presentation and book signing go last night?

It was a lot of fun. It was a great mix of students and faculty and readers in Winston-Salem who had heard about it. Some people had driven from Charlotte and Raleigh. It was a really fun mix of people so I enjoyed it a lot.

I was looking at your website and one thing that struck me was that your ‘timeline biography’ is so personal, quirky and in-depth. I am wondering — why do you choose to offer so much personal information about things like your first kiss and your childhood basketball idol for internet pursuers?

That’s a good question. I feel an intimacy with my readers. I share a closeness. When I first started to do Instagram, I never put pictures of my children or my home, but I thought, really, I just feel such a closeness with them and in sharing my stories. And in turn, I feel like they feel — maybe because of the way I write, in first-person narrative — that they have a connection to my characters. And I feel like we have that bond. It’s almost as if they’re like friends of close friends, and I like sharing back with them.

I also read that you were the manager of the basketball team during your time at Wake Forest. Could you tell me a little bit about that?

I actually talked about that a lot last night because the former head coach, Dave Odom, his wife and several staff members who have retired, some still who work here like Roxanne Moody, the head equipment manager, were there. I was a big ACC basketball fan when I was little. Ralph Sampson was my childhood idol — he was at Virginia. And then his teammate was the assistant coach here, Ricky Stokes, and of course head coach at the time, Odom, was the assistant coach at Virginia.

In other words, I came here really because of college basketball. I wanted to be a manager, so I wrote a letter to the head coach asking for the job. I got it prior to applying here early decision.  I was aware that it was a great school, that it was a small school, that it was in the south — it had a lot of other things that I was looking for — but really it was college basketball and my childhood passion for it that brought me here. I spent four years working with the program. I was a football manager and a basketball manager, so I spent a lot of time with the team and with the staff and they really were like a family.

And that really inspired the last — well, two books ago — called The One and Only. It’s about football, but it’s all about the intensity of being on a team and college athletics, how sports bring together people of such different backgrounds and the education. And again it goes back to ‘Pro Humanitate.’ I learned so much in the classroom, so many different things and areas of study. But the relationships that I had here with students from backgrounds that were so different from my own, many of whom were on the basketball team, brought very different life experiences.

One of my very best friends, and we’re still very good friends, used to tell me, “You were the first white girl I’ve ever been friends with. There were no white students at my high school at all.” And I had another friend from very rural North Carolina who didn’t go to school one whole semester because he didn’t have shoes. And he picked cotton with his grandparents.

It was those relationships that were part of my education and part of my experience here, and it has enriched my life in so many different ways — including the fact that I’m still so close to those people. They’re really just like family. One of my very best friends, Nancy, who is from Lexington, NC, lived across the hall in Collins, which was then South. She edits every single one of my books before I turn it into my editor. We’re so close, so I have a lot of friendships that aren’t a part of that program as well, but the program really balanced the experience for me and connected me with people I knew I wouldn’t have met had I just joined a sorority and gone that route.

I’m very introspective, reflective and think about things a lot. So I think about decisions I’ve made in a way that I think can be almost counterproductive. I torture myself with regret and guilt over things, and I think there’s a balance because sometimes I feel that is counterproductive. I also think that it’s somewhat of a blessing and a gift that I really try to look at things from someone else’s perspective.

I feel that my greatest gift as a writer is my sense of empathy. And in life as well. I try to see everything from different points of view and am able to write about such flawed women and characters because even when I’m putting these characters in very unsympathetic situations and they’re making these decisions that I would not want them to make if they were my friends in real life, they do. So I look to find redemption in these characters. My hope is always that the reader will root for them in spite of what they’re doing. And sometimes that happens, and sometimes that doesn’t. Sometimes I push the envelope a little too far.

I think that part of my own personal journey and getting older is that I have to be okay with understanding that I’m going to get it wrong sometimes and people aren’t going to like what I have to say. And I’m saying more now. There’s a cost to that and that comes with that, you know? There’s people who will ‘unfriend’ you, whether it’s on social media or in real life, because they don’t like what you have to say. But I think the conversations need to be had. And I try to out those issues in my fiction as well.

I know that on your website it says that you’ve always wanted to be a writer in some sense, and that you grew up writing. How does where you thought you would be at this point compare or contrast to where you are now?

My mother was a retired librarian. I grew up very introverted, shy and we moved around a lot. Until I was in late elementary school I would rather spend my time during recess reading than interacting. Books have always been so important to me, so writing is a logical extension of that. From the time I could write, I was writing stories. I kept a journal for 25 years and didn’t skip a day — It was bizarre and probably more about my OCD than my love of writing. I don’t keep it up anymore, probably because I have so many other deadlines to meet.

So I think that writing was always going to be a part of my life in the same way that reading is. I just didn’t know what that would look like. I didn’t know whether that would be writing on the side or writing in a journalistic setting. I considered being a sports writer and thought about that for a long time because I love sports and I love writing about sports. But the fact that I can write fiction for a living has exceeded what I hoped for in terms of that. I mean it’s changed it in some ways because when it’s your job, at first, there are always going to be things about it that are a struggle.

You know, there’s something really beautiful and wonderful about writing a story that no one will ever read. There’s a certain freedom in that. I try to get to the place in every manuscript where I write with the door closed like that, but it’s never going to happen in the way that it would if you were writing and no one would ever read it.

There are compromises that you make but I feel very fortunate to be able to create fictional worlds for a living. To share these characters and these worlds with readers and have these conversations — in some cases important conversations, in some cases somewhat trivial ones — with strangers who sometimes become friends and have the connection be the books that I’m writing is kind of amazing. It’s been a real gift for me and has really enriched my life.