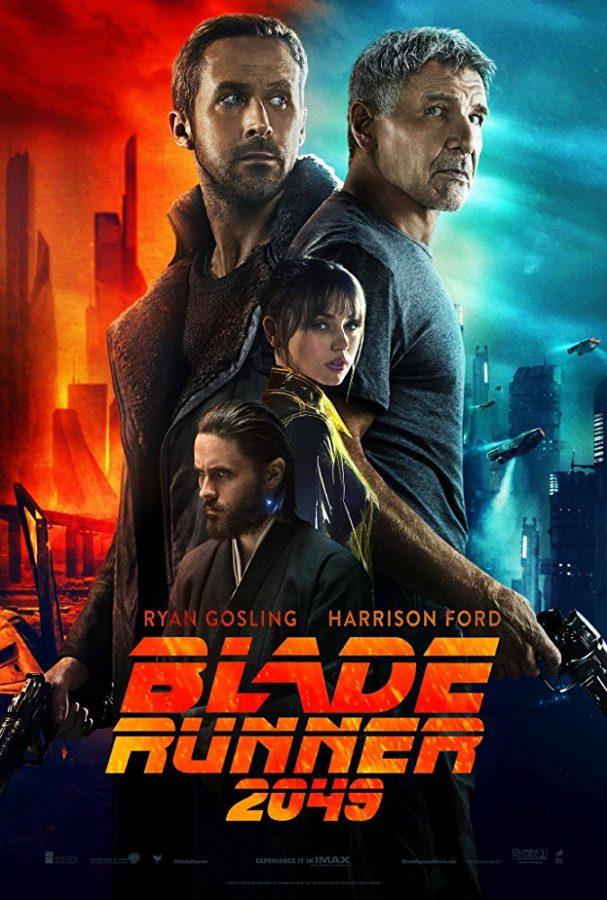 It’s a movie that makes you work, not laying out all the details for the audience, but playing coy, leaving the audience guessing in the end.

It shares this trait with the book from which it is derived: Philip K. Dick’s Do Androids Dream of Electric Sheep? The dystopian world crafted in this film sticks with you; a sample of the high, haunting synth strings or a picture of one of the sweeping shots of the cityscape will be instantly recognizable to anyone who has seen the film. It truly is one of the most unique science fiction movies of all time.

Thirty-five years after the release of the original, Blade Runner 2049 emerges in a changed cinematic environment. A modern mainstream audience would find the original slow and cryptic, and yet it is necessary to stray towards these values to produce the mysterious slow-burn that is Blade Runner. In order for a sequel to be successful, it would have to provide the action-packed drama necessary to pull in modern audiences while remaining true to the themes of the original. Bridging this gap was the challenge put before Denis Villeneuve. He succeeded.

Villeneuve’s Blade Runner 2049 is different than the original, and yet it is instantly recognizable as part of the franchise. Set 30 years after the original, there have been significant upheavals in the universe since the events of the last movie. The dark, brooding rain is replaced by a gray, hopeless snow. The vast and powerful Tyrell corporation is replaced by an even larger and more powerful corporation, and the relentless advance of corporations into the personal lives of citizens has advanced to a sickening degree. We see the social classes even more stratified by the introduction of more advanced replicants. Like Ripley before him, Villeneuve has us follow a cop (Ryan Gosling) down a rabbit hole that quickly overwhelms him and has him questioning his identity. The dark, mysterious air of the storyline is perfectly preserved, with the tension building to a thunderous peak, just as before.

Hans Zimmer’s score elevates the world created by Villeneuve to a new height. He combines the traditional high synth strings of the original with a throbbing, almost overpowering bass that darkens the tone of the movie and physically shakes you. Wonderful performances from the villains (Jared Leto and Sylvia Hoeks) and the supporting cast (Robin Wright in particular) create a dark, twisting thriller that, like the original, leaves you guessing right up until the end, and further still. It adds more violence, more blood, stopping just short of being over-the-top, only adding to the film. It should be a frontrunner for Best Picture this year.

Blade Runner 2049 has bombed at the box office despite glowing reviews. I believe that Villeneuve has created the perfect compromise for modern audiences: it stays true to the themes of the original, and turns up the excitement a little. If it is relegated to the status of “cult classic,” it will be a travesty and it will send a terrible message to studio executives. This is an incredibly well made piece of art, and if we want more movies like it, something needs to change in the way we consume movies.