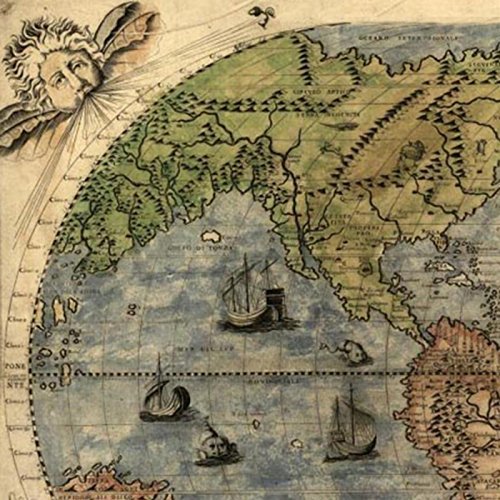 Right Away, Great Captain! is an overlooked vessel navigating the world of angsty folk music.

Andy Hull is the solo singer and songwriter of Right Away, Great Captain! a project that seems like just another relatively obscure 2010’s addition to the indie folk repertoire. Hull is an artist with numerous credits to his name, from his role as the lead singer and rhythm guitarist of the Atlanta indie rock act Manchester Orchestra, or his part in writing the soundtrack for the bizarre 2016 film Swiss Army Man. However, this little side-project is certainly more than meets the eye.

Right Away, Great Captain! functions not only as an indie folk act but also as a cohesive narrative, told over the course of three albums. The story is that of a seventeenth century sailor who, upon the eve of a voyage, discovers his wife and his brother in bed together. Instead of confronting the two, the sailor sets off to sea, while reflecting on his feelings towards the betrayal.

This initial portion of his journey is detailed by the first album, The Bitter End (2007). The following album, The Eventually Home (2008), details the sailor’s return journey, during which his rage and resentment builds, culminating in him murdering his brother in cold blood.

The final release, The Church of the Good Thief (2012), is told from a prison cell, as the sailor reflects on his actions while anticipating his impending appointment at the gallows. The music is in no way bound to the narrative, working incredibly well on its own, yet it still effectively and clearly conveys the tale, creating a unique and potent concept.

The music itself can be classified via the simple category of indie folk, yet contains elements from lo-fi, rock and country. Hull’s voice has been compared to that of indie darling Conor Oberst, one that strains and cracks with anger and grief; one that emotes with a brilliant passion, even when it rises barely above a whisper.

The albums, while all falling under the moniker of “folk,” each have their own unique style and sound. The debut has a more lo-fi, intimate quality, while its two sequels feature more production and bass. Fans of artists like Bright Eyes, Father John Misty, or Iron and Wine would probably be fans of Hull’s songwriting.

If you’re just looking for some nice-sounding jams to fall asleep to, with rhythm like the waves lapping against the shore, then Right Away, Great Captain! may be for you. But if you’re looking for a truly emotional experience, a study of sorrow, of grief and of darkness that churns and froths like the boundless sea, keeping you up all night, then Right Away, Great Captain! is definitely for you. All three albums are available on most music platforms like Spotify, Pandora, YouTube and the like, so if you’re interested, I’d definitely recommend checking them out.