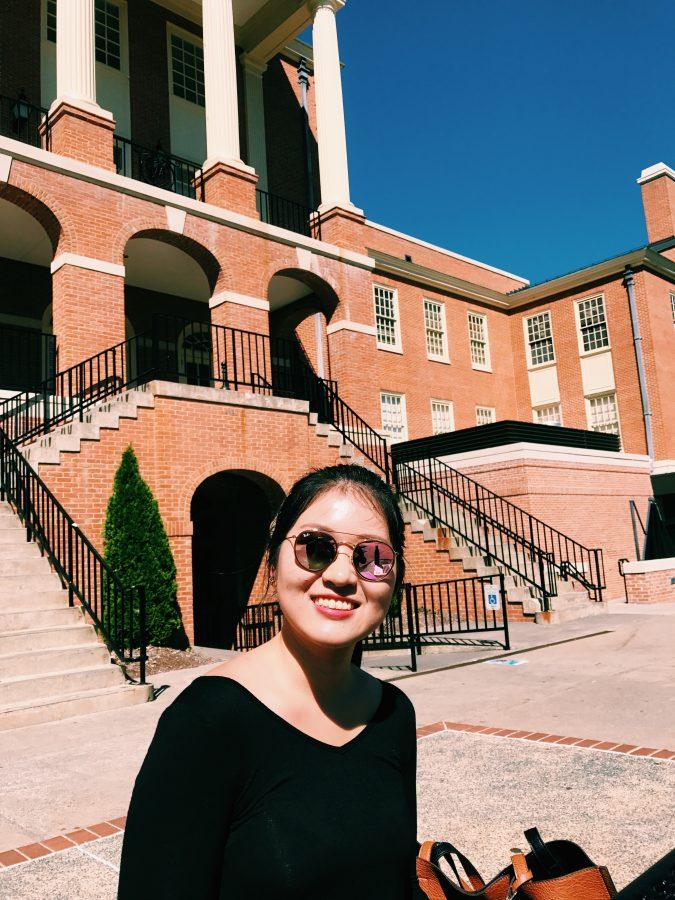 Michael Crespi, the director of market readiness and employment at Wake Forest, flipped through a binder compiled of various graphs that show an international student’s process of transitioning from a student to an employment visa.

The U.S. government has implemented a lottery system which grants employment visas, known as H1-Bs, on a yearly basis. However, this process does not guarantee that those who apply will receive an employment visa.

Within the most recent lottery cycle, 199,000 petitions were submitted nationally. However, only 85,000 high-skilled employment visas are distributed each year, according to Crespi.

Therefore, out of the foreign individuals who submitted a petition within the last cycle, only 43 percent were granted an employment visa.

Many Wake Forest international students are eager to remain in the country or at least stay longer to get advanced degrees. Yet, given tougher immigration laws under the new administration in Washington, D.C. and lots of competition for the relatively few work visas granted annually, nothing is certain regarding their future in the U.S.

“Supposedly it’s random, but you never know,” said senior Kedi Zheng, describing selections made within the process. Zheng is an international student from Shenzhen, China.

Crespi stopped turning the pages when he reached a chart showing the increased demand for employment visas, known as H1-Bs, over the past 10 years. With a growing number of foreign individuals seeking an employment visa, the current immigration tension and the changes within company hiring policies, many international students — like many at Wake Forest — are left at the mercy of the application process.

Zheng, along with other international students pursuing employment opportunities in the U.S., will first enter into a work authorization period known as ‘Optional Practical Training’ (OPT) after graduation. Depending on the work of the individual, the OPT transition period is either one year or three years long.

H1-B visas are recognized as a pathway process that would lead an individual to apply for a Green Card or more permanent residency status, according to Crespi.

A Comfortable Place To Stay

Originally after the presidential election in 2016, senior Luna Zhou felt uneasy about potential changes to immigration politics. Since realizing the delay within the proposed immigration restrictions, she hopes to stay and work within the U.S. for a couple of years before returning home.

“The starting salary is higher in America than it is in China,” Zhou, an accounting major from Nanjing, China, said. “That would be a big benefit, so I can pay back my parents for the [Wake Forest] tuition.”

Zhou has accepted an offer to intern for PricewaterhouseCoopers’ Charlotte office. She hopes the internship opportunity will transition into future employment, adding “North Carolina is such a comfortable place to stay.”

The accounting industry consists of the ‘Big Four’ firms, including Deloitte, Ernst & Young, PricewaterhouseCoopers and KPMG. Because of their size, these companies have the resources to sponsor international students through the employment visa process.

As a result, an accounting degree becomes far more enticing to international students in the job market that it presents. Many ‘Big Four’ companies recruit students from Wake Forest’s accounting program, which increases the probability for employment sponsorship, according to Zheng.

However, many of these accounting firms have announced plans to stop recruiting and sponsoring international students. This trend suggests companies are becoming hesitant to invest in foreign individuals.

“I’m from the deep south … like our Florida,” Zheng said, referring to his home in Shenzhen, China. His family’s apartment offers a skyline view of the adjacent city, Hong Kong.

Zheng started studying math, switched to business and then came back around to be a mathematics and computer science major because in his words, “you can’t find passion in [accounting] journal entries … nobody can,” he laughed.

Throughout the three OPT years, Zheng will be eligible to resubmit his petition within the lottery system up to three times if necessary. Therefore, an opportunity for him to receive an employment visa is three times greater than that of a non-STEM student.

“The United States has a shortage of programmers and, well, everyone loves science… let’s just put it that way,” Zheng said as he defended the extended OPT period for those within his field.

However, Zheng will not need to place himself within this process immediately. He has plans to attend graduate school, either Washington State or Georgia Tech, for an advanced degree in computer science.

The Product Of Her Future

Asia Wang’s freshman year move-in was her first time in the U.S. Now, the senior accounting major plans to take her professional development to the nation’s capital. Wang has accepted an internship offer with Ernst Young in its Washington, D.C. office.

According to Wang, she generalized that out of the international community at Wake Forest, 90 percent are unsure about their post graduate plans and 10 percent are certain they want to return to their native country after graduation.

Wang falls within that 90 percent of uncertainty category.

She envisions that a majority of international students will apply for an employment visa within the lottery system, however, the potential of not being granted an H1-B visa is of major concern.

Her father had advocated for her to minor in something ‘practical’ such as economics or mathematics. However, Wang decided to minor in politics & international affairs.

“I’m not a product of their future,” she said.