The Peruvian Amazon is in Danger 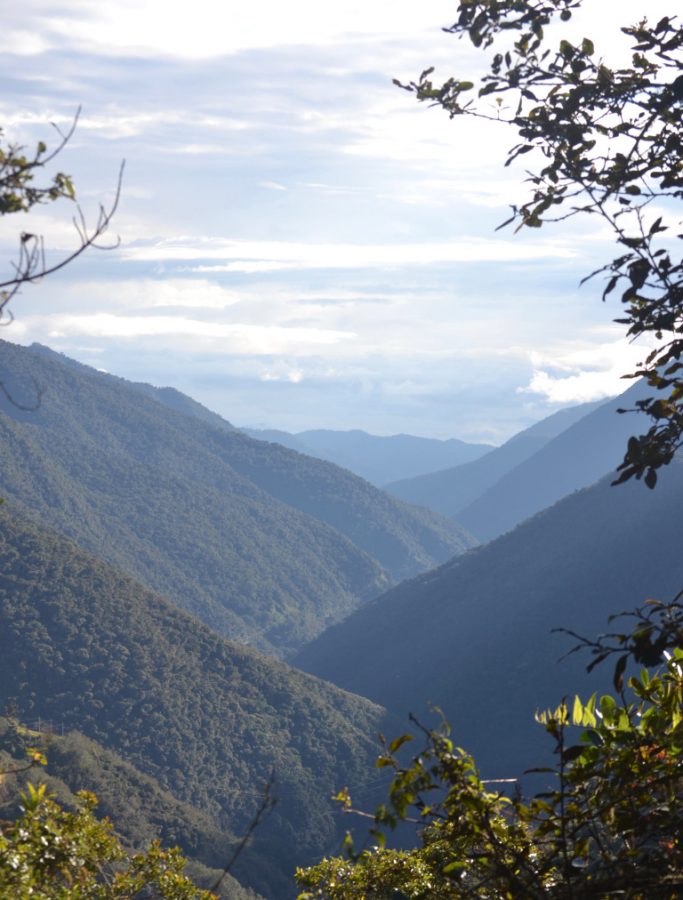 The Peruvian Amazon is home to millions of animal, insect, and plant species making it one of the most biodiverse places on the planet.

The Amazon Rainforest is often referred to as the “lungs of the earth” because its responsible for soaking up the carbon dioxide emitted into the atmosphere. As the detrimental impacts of climate change increase, specifically mining and deforestation in the Amazon, it is evident that all ecosystems in the world are connected and at risk.

The tropical forests of Peru and all of South America play critical roles in global carbon cycling and produce weather and climate around them. Nine Wake Forest students eagerly adventured to see the Peruvian Amazon’s natural beauty and wonder for themselves as a part of a duel study-abroad course in tropical ecology and science writing led by biology Professor Miles Silman and journalism Professor Justin Catanoso. The students quickly learned from first-hand accounts that all ecosystems are in trouble if we don’t change.

Along the Amazon Basin, gold mining is practiced and causes more problems than solutions. It causes more rapid deforestation and mercury pollution which threatens the biological diversity and also sparks social issues including violence, human trafficking, prostitution, and poverty.

“The people of Peru aren’t chopping down trees and tearing up the earth for kicks, they’re just acting out of necessity,” said junior Stephen Bechtel. “They want to feed their families and send their kids to college just like everyone else and mining provides a lucrative pathway to make that happen.”

“The Peru experience deepened my understanding of the impact that degradation on a microscopic scale has on the rest of the world,” said Bechtel. “Multiply that impact by every single mining site and coal ash spill in the world and you have a hell of a problem. Peru heightened the importance of addressing these issues and taking every possible effort to try and slow down climate change.”

“When I first thought of climate change I thought that it was centered around what we do in the United States, but the solution is much bigger,” said senior Casey Brown. “I never realized how all regions of the world are connected. Pollutants from five a clock traffic in Los Angles can be released in the atmosphere and absorbed by trees in the Peruvian rainforest. Without the rainforest, the health of our planet would change drastically.”

“The things that happen there affect our lives here, weather is a big aspect because storms form in the Peruvian amazon and it is a big area for CO2 storage,” said junior Kellie Shanaghan. “When trees are destroyed, CO2 is released into the atmosphere and too much carbon is released which is damaging.”

“Seeing it all happen in Peru first hand is completely different than reading about deforestation, mining, and the declining health of the Peruvian Amazon,” said Shanaghan. “It’s impossible to describe how it was like to other people, the ecosystem looks healthy and you’d see green leaves, there was water running in streams, and it is full of life. But we would take a step back and look at the data and see that it is severely struggling to survive.”

“Deforestation is a huge factor of climate change, it is happening for agricultural and mining purposes,” said sophomore Ellie Bruggen. “Deforestation has a crazy domino effect on the environment because when trees are cut down they lose the ability to sequester carbon and in the fate of most countries they are burning trees. When trees are burned, 50% of the trees dry weight is carbon and is released into the atmosphere.”

“My biggest takeaway from Peru was the intensity of devastation that tropical ecosystems are facing along with the realization that problems like these aren’t isolated to Peruvian rainforests, but are occurring in every ecosystem worldwide,” said Bechtel. “The breadth of worldwide environmental degradation is incomprehensible and seeing one small slice of it firsthand made the issue all the more daunting.”

“While learning about climate change or the destruction of the Amazon, it’s easy to feel gloomy or defeated,” said Brown. “However, some of the world’s best scientists are dedicating their lives towards saving the rainforest. In fact, Wake Forest has formulated its own project called CINCIA, a research station that aims to reforest areas of Madre de Dios. Together, they aim to replant areas that have been deforested due to illegal gold mining. Even though human forces have greatly altered the future of our planet, there’s still time to fix what we have started.”