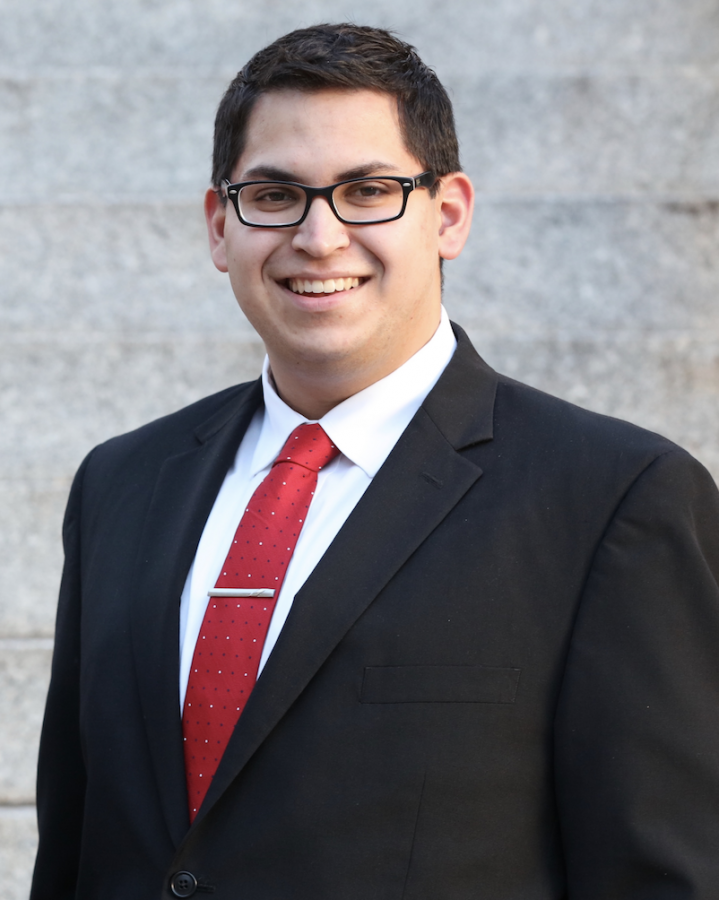 In the fall of 2016, current senior Sabin Sidney founded a new campus publication, The Wake Forest Review. Known for having a conservative perspective, The Review has garnered a lot of attention both on and off campus.

Taking with him the formative experience of founding and overseeing The Review, Sidney hopes to pursue his interest in politics after graduation by working on Capitol Hill.

What was the driving force behind founding The Wake Forest Review?

It was to create a body in which like-minded conservatives and libertarians can have their free speech and their medium to write what they want without any animosity that they may face in class from their peers or professors. The joke I say is it’s our own safe space for libertarian and conservative voices.

The driving force behind it was after seeing the amount of anger towards the entire Republican party and the conservative movement on campus after the election. From my freshman year to my junior year, nobody really talked about politics. The rise of social justice, and as I call it, the Wake Forest leftward march — that’s what I think was the driving force behind The Review. It was a combination of providing a voice to the silent majority of conservative students, the election because it was so polarizing and finally the leftward march of the university.

Describe the process of founding this publication.

I always tell everyone The Review was born at my coffee shop back in Milwaukee, which is actually kind of true. It took me the whole summer of 2016 to recruit our main executive staff. Anthony Palumbo, a junior, was the first guy I contacted. We’d talked a few times before, and then I’m telling him, “Hey, do you want to change your life and join The Review?” So the whole summer was a lot of recruiting, writing a business plan and looking for ways to get funding. Throughout the first semester of my junior year, fall of ‘16, we had to go through building a board of directors and becoming a nonprofit. It was a whole process of building the infrastructure for The Review: getting the people and getting the idea out there.

Once it started, we asked how do we grow? And we said, “Let’s get a board of directors, let’s become a nonprofit, let’s go raise money.” And ever since, we’ve raised over 40 thousand dollars. We’re recognized all around North Carolina by various political groups. We’re also recognized in D.C. and are also nationally distributed. It’s amazing to see how much it has accomplished in just a year and a half.

How did you go about getting support from faculty and staff as well as donations to financially support The Review?

I had a list of faculty that I knew were openly conservative, like Professors Brister and Whaples. I contacted them about joining what was originally an advisory board of faculty. I knew Anthony Palumbo and Ryan Wolfe, another recruit. Ryan knew people, like Professors Louden in the Communications department and Aldhizer in the business school. We got that original network of faculty. We met with a lot of them individually and some said no, some said yes. Same goes with the outside members of the board. We have a lawyer and know some people in D.C., so it was meeting and calling them. The conservative alumni, who agree with us and are happy to see us show a conservative voice,  really want to help us and make us last in the long term. With them, it was calling, writing letters, sending copies and meeting with them. Last January we sent out about 50 copies of our print issue. We got some money through that and met people through contacts.

The other part of it was how do we raise money? As a nonprofit, a 501(c)(3), we have the ability to claim tax deductions just like the rest of Wake Forest University.

The Wake Forest Review is self-described as conservative. What do you believe this publication adds to the dialogue on campus and what was missing before?

What was missing before was definitely a solely conservative magazine. There are actually about 100 of these across the nation. I felt that Wake Forest needed one because we’re a top 25 school and a lot of top 25 schools have one, so we should too. I think that, especially in the classroom, there was a conservative voice missing. I think The Review permeates through the classrooms when people are discussing. It’s made our writers more confident in class. As a whole, The Review adds more dialogue to the campus. We’re invited to multiple events on campus — we just went to Rethinking Community. We add a perspective of balance between important free speech and safe spaces. The Review adds an important aspect of dialogue because we are more of the conservative voice. I’ve been noticing during the past year and a half that we have gained some attention and people are talking about us. Examples in which The Review has come up in national dialogue is the Eudaimonia Institute; we’re bringing issues that are maybe not known outside of Wake Forest to a national level.

The mission of The Wake Forest Review states that it’s goal is to provide journalism that is balanced, fair and enlightening. Do you find it difficult to provide that kind of journalism from a conservative standpoint?

We’ve learned a lot last year and we’ll learn a lot this year. We’re trying to write more unbiased for the main journalism, like we wrote an article about the Publications Committee. Then we also add some of our own conservative twist. That’s what differentiates us. We provide the education from a conservative standpoint. I think it’s important to stay unbiased but at the same time we focus more of our conservative views in editorial pieces. We do have those fluff pieces such as sports which are totally unbiased, but I do think we have a problem sometimes with putting our opinions in everything. At the same time I think that’s kind of why we exist, to give our conservative perspective.

I don’t want just a conservative campus. I don’t want just a liberal campus. I want a campus where everyone can come together and everyone can discuss all issues without the fear of being pervaded or shut down, like at other campuses, such as Berkeley. In the ideal political climate, the university would invite speakers of both perspectives and students won’t feel discouraged to speak up in class. An ideal political climate is where anyone of any idea can come and speak forward and not just speak their opinion, but defend it.

The Wake Forest Review has received both support and criticism. How do you use both to better the publication?

I always look for ways to improve the publication. I take the criticism very sincerely because we are a starter publication. If you see how much we’ve changed in the past year and a half, it’s dramatic. We’ve changed a lot of our writing style, our stories, content and what we’re focusing on. I take constructive criticism very sincerely. With praise, we thank them and we move on because that praise won’t last forever if we’re not improving.

Can you explain the motto of The Review, “Truth without fear?”

We’ve written stories that have gotten us under fire. But I think that’s important because if you don’t stand up for what you believe in, you stand for nothing. Have we had issues living up to that motto? Yes; some of our writers face the fear of backlash from their classes or their professors. I always encourage my writers and staff to ask, “Why are we here?” We’re here to write from our own perspective without the fear of being called out in class or bullied. I think our motto stands for what we believe in and the new rise of the conservative movement. I think the conservative movement on college campuses is constantly growing. We are here and we are going to speak the truth no matter how much it hurts them and no matter how much it hurts us.

What are your hopes for the future of The Wake Forest Review?

My hope right now is to make sure it stays alive. I graduate next year. Anthony is going to take it over for a year, but after that, both of us are gone. Luckily we have a board to keep it going. Hopefully our alumni will still be very engaged with us. When I’m back here in five or 10 years, I want to see The Wake Forest Review.

What do you plan to do after graduation?

I’m going to probably work on Capitol Hill. I don’t know for who. I’d rather work on the Senate because it’s more interesting. Fun fact: my representative is Paul Ryan.

How will you continue to support The Review as an alumnus?

Hopefully I’ll get a spot on the board. That’s up to them, not me. I’ll only be in Washington D.C., so hopefully I can help out. I want to mentor Anthony and make sure he has a smooth transition. After I leave, it could be donating my scarce salary here or there or coming to meetings here or there. Any way it’s possible for me to help out I want to do. I raised my child. Now I want see my child grow up.

How will you use your experience that you gained from starting The Review in your future endeavors?

The Review has taught me a lot, like how to raise a company. It’s taught me leadership, critical thinking, how to analyze information, how to write clearly and concisely, how to be a journalist and how to communicate, graphic design, and social media. I think all that will help me in politics because politics is communicating your ideas and trying to get elected. The Review is like a candidate. How do we support the candidate? That’s all I’ve been doing the past year and a half — working for the candidate, trying to build it and keeping it going. Everything I learned is going to help me in politics, from communication to social media to fundraising. It helped me with an internship this summer in the Wisconsin lieutenant governor’s office. I’m excited to see how The Review could help me transition into actual politics.