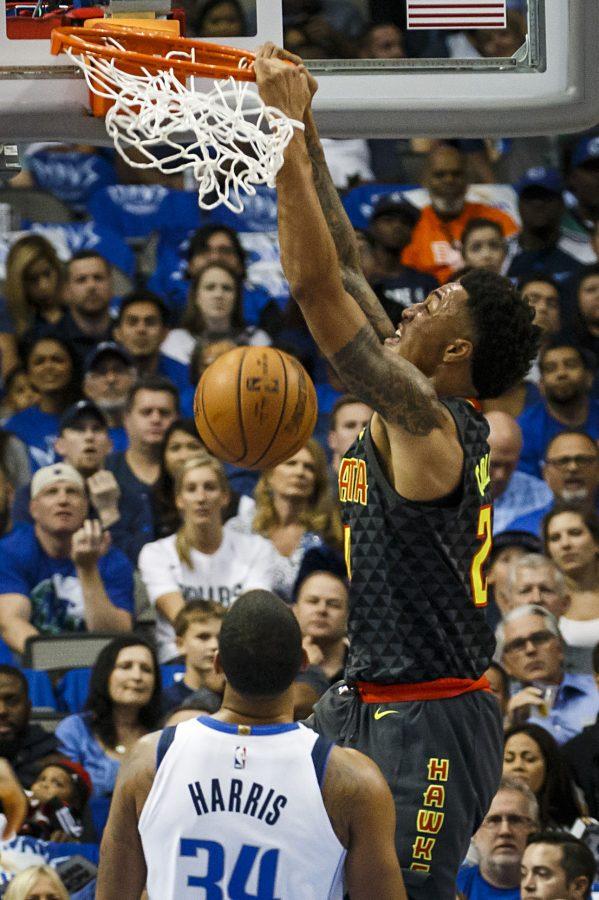 After nearly dunking on future hall of famer Dirk Nowitzki in his first career game, Collins embraced a new challenge in Howard and took it in stride. For eight minutes in the first quarter, Collins got the better of the NBA’s superman, scoring four points, grabbing two rebounds, recording one steal and delivering two blocks — one of which went flying into the stands.

Despite getting into foul trouble late into the game, Collins showed he was capable of playing in this league, embracing competition with some of the league’s best big men.

Howard did not take it easy on Collins, who was playing in front of a number of Wake Forest coaches, teammates and friends in his North Carolina homecoming at the Spectrum Center.

Howard was able to get away with pushing the rookie out of the way each time the ball bounced off the glass nearly all evening.

When asked after the game about his physicality with Collins, Howard laughed and said, “We were just having fun.”

When asked the same question, Collins said, “Dwight is a big body guy, strong as hell and athletic.”

“He’s a guy I’ll face four times this year so he’s someone I’ll need to scout and get used to. I enjoy watching him,” Howard said of Collins. “I didn’t really know who he was until the draft and have enjoyed watching tape on him. His athleticism and energy is great. If he keeps that up he’ll be a really good player in this league.”

Howard isn’t the only one to recognize Collins’ potential as the rookie’s two double-doubles in four career games has caught the attention of many throughout the league. The Hawks feel as though they got a steal when picking him with the No. 19 overall pick in the 2017 NBA Draft.

“I want to see him continue to take steps defensively and play the pick and roll and get to the rim on offensively,” said Mike Budenholzer of Collins, “We just want him to continue to make progress. He has a strong will to keep moving forward.”

Friday, Oct. 20 was not only an opportunity for Collins to play in North Carolina again, but it was also a chance for many of his Demon Deacon coaches, teammates and friends to support him in this new chapter in his career.

“It was pretty cool. I saw a lot of familiar eyes out in the crowd,” Collins said.

As the NBA’s newest Demon Deacon prepares for his home opener on Friday, Oct. 27 against the Denver Nuggets, Wake Forest fans will continue to follow his progress and will eagerly anticipate his second homecoming to North Carolina when the Hawks return to take on the Hornets on Jan. 26.

Until then expect Collins to improve and dunk the basketball … a lot.