Bikes dominate the streets of Copenhagen 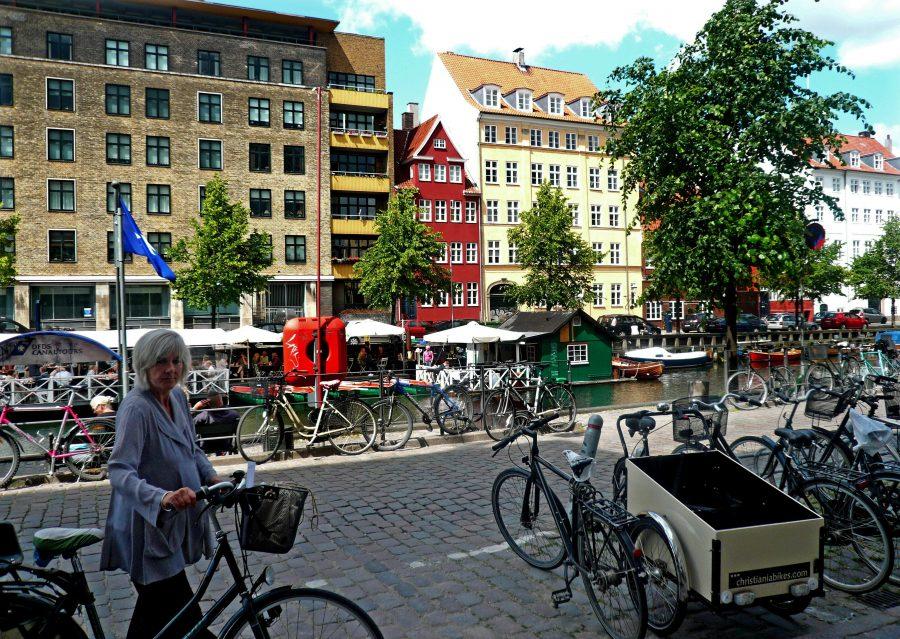 Paris is known for the Eiffel Tower, London for Big Ben, Barcelona for Parque Guell and Berlin for the Berlin Wall.

For study abroad students, traveling from city to city and checking off the most well-known sites on every tour is exciting, as the places you have always seen pictures of finally materialize into reality. However, for a student in Copenhagen, the city is not one that can simply be photographed; while there are stunning sites that tourists travel around the world to see, the only way to truly experience it is from the seat of a bike.

According to the Danish government, over 50 percent of Danish people commute to work via bicycles everyday. While an efficient, quick way to get around, it is also important to recall Copenhagen’s location as a Nordic capital city in Scandinavia. Rain, shine, snow or sleet, half of the city wakes up every morning, throws on their helmets and bikes to work — in fact, the bike lanes are cleared of snow as soon as it begins, long before the car lanes. Further, regarded as one of the most egalitarian cities in the world, it is worth noting that there is no income gap among bicyclers. Service workers, middle class parents and even politicians — 63 percent of the members of parliament — all use bikes as their main form of transportation.

Every morning around 7 a.m. while the sun is still rising, the streets begin to teem with businessmen in suits, children in school clothes, women in heels or students in backpacks. Yet, traffic isn’t an issue for anyone looking to get to their end destination on time, as the city was literally built for bicycles. Every street in Copenhagen is lined with wide lanes running parallel to the car lanes for bicyclers, about two bikes wide. In the past the roads were built for cars, but the past few decades switched that system and instead initiated “green waves,” allowing bicyclers to ride through green lights without having to stop every few minutes.

Compared to American metropolitan areas like Washington, D.C., New York City, Chicago or Los Angeles, traffic is significantly less of an issue. People from the suburbs either bike or take the train in, so red taillights don’t plague the streets and honk at each other as early as 6 a.m. While this bicycle-based transportation system is clearly efficient, the more noteworthy part is the effect on the environment. Scandinavian countries are global leaders in sustainability and recognition of worldwide climate change. As one of the biggest cities in Northern Europe, citizens in and around Copenhagen are always conscious of how their decisions impact the climate.

Streets are lined with bicycles, as are sidewalks, doors around stores and fences in front of homes. Seeing hundreds of bikes a day, or waiting for cyclers to pass before crossing the street is a phenomenon that can only be experienced in Copenhagen, a city built upon encouraging this green form of transportation. Even more exciting, however, is taking part in the experience.

When I first came to Copenhagen, I was advised by previous study abroad students and other Danish friends that I had to get a bike. Not understanding the hype, given I’d ridden bikes for leisure since the age of five, I decided to rent one for the semester. At first, it was terrifying; biking on a busy street in a line of dozens of people is intimidating, especially with bells ringing and people passing my slow pace on the left. But after a few days of my short commute to class, I finally realized the hype.

Now, pulling away from my apartment on a cold school morning is a moment of tranquility. Listening to a podcast on the way to class, while leisurely biking alongside fellow Danes brings me peace and acceptance of happily assimilating into this culture. Something that used to terrify and intimidate me now so quickly became one of my favorite, yet unexpected, parts of living in Copenhagen. Biking culture in this city isn’t something that can easily be visited and photographed in an hour of a tour; it can only truly be experienced from mustering the courage to finally start pedaling.