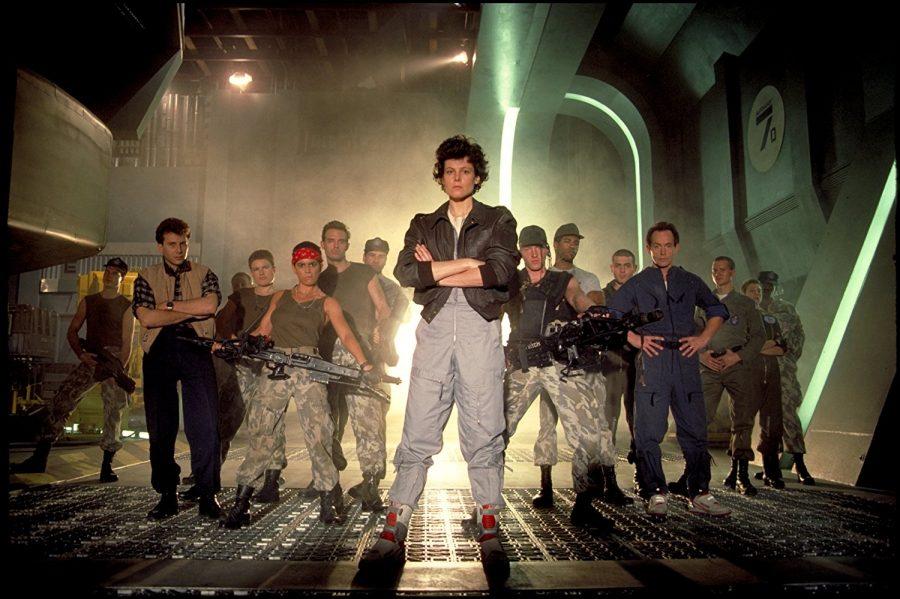 As Halloween quickly approaches, it’s a great time to revist some horror movie classics. Horror is often hit-or-miss, but when it’s done well, horror can have a profound impact on the audience and provide insightful cultural commentary while still entertaining and frightening the audience.

The Shining (1980) is arguably one of the most influential films of the 20th century. Images such as the snowy maze, blood pouring out of the elevator and unmoving twin girls holding hands have proliferated popular culture and inspired various tributes, analyses and satires. Stanley Kubrick’s attention to detail, use of symmetry, color and surrealism, and effective cultivation of dread and suspense, in addition to Jack Nicholson’s electrifying performance, has solidified The Shining’s status as one of the most iconic films of any genre. Many of Stephen King’s works have also been adapted into films, including the standouts Carrie (1976), Misery (1990) and It (2017).

Jaws (1975), much like The Shining, has had a tremendous influence on popular culture. Its wide-reaching legacy demonstrates its lasting ability to impact audiences. From the iconic opening scene, Steven Spielberg creates a sense of tension that sustains the film until the shark is finally shown in the second half. The famous two-note shark theme composed by John Williams ties the film together and intensifies its potency and impact. Other worthwhile monster/scary creature movies include Alien (1976), Aliens (1986), The Descent (2005), The Host (2006), Cloverfield (2008), and The Babadook (2014).

When The Blair Witch Project (1999) was released in theatres, many audience members believed that they were witnessing real events.

The genius of the film lies in its use of found-footage filming techniques that allow the viewer to experience the film in a personal and realistic way. Although The Blair Witch Project isn’t the first found footage horror film, it’s often credited for popularizing the technique. One of the most interesting and subversive aspects of the film is that the witch is never shown, leaving the observer to wonder whether or not the events that the characters experience are supernatural or psychological in origin. Unfortunately, there haven’t been many quality found footage horror films since the release of The Blair Witch Project.

The Conjuring (2013) is one of the strongest entries in the haunted house horror sub-genre. Whether or not the viewer believes that it’s actually based on real events, the film is able to entertain and scare audiences by skillfully arranging genre tropes to construct a familiar but effectively creepy tribute to old-school horror films. Other haunted house films worth a watch are the classics Poltergeist (1982) and Beetlejuice (1988) and the newer films The Orphanage (2010), Insidious (2010) and Sinister (2012).

The Witch (2015) is complex, challenging, and intensely disturbing. Set in 1600s Puritan New England, the film follows a family that has been expelled from the neighboring town for being too religious. The bleak atmosphere plays as significant a role as any of the characters, as it infuses a sense  of primal desires and unrestrained passion into the film. Through use of subverted religious imagery, attention to historical detail and carefully cultivated tone, The Witch tackles topics such as religious fundamentalism, purity, feminism and sexuality. Rosemary’s Baby (1968), The Devil’s Backbone (2001), Black Swan (2012), It Comes at Night (2017) and The Beguiled (2017) are other atmospheric horror/thriller films that tackle weighty subject matter.

The Exorcist (1973) is the ultimate creepy-kid horror film. The use of cinematography and religious imagery is particularly effective, giving the film a sense of profound gravity. Although the special effects seem outdated when compared to those utilized in modern cinema, the visual accomplishments of the filmmakers cannot be understated. Like The Shining and Jaws, The Exorcist has earned its place in popular culture as one of the scariest and familiar horror films. Since creepy kids are a staple of the horror genre, other films with disturbing pint-sized leads include The Omen (1976), Children of the Corn (1984), The Sixth Sense (1999), The Ring (2002) and Ouija: Origin of Evil (2016) in addition to many of the films listed above.