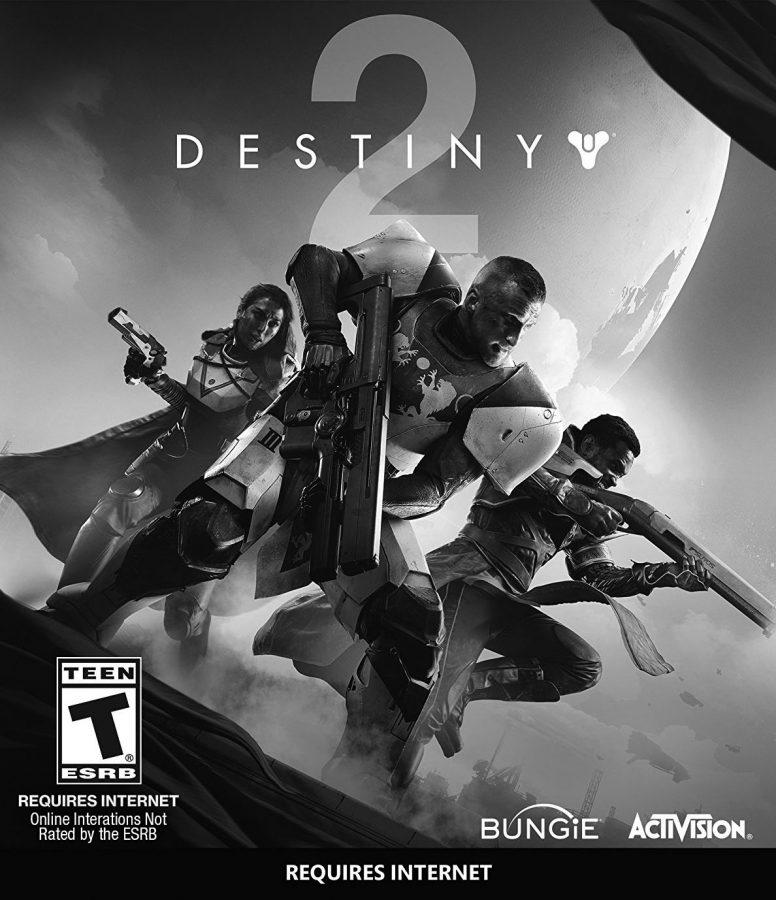 The original Destiny game was met with a decent amount of criticism because it lacked a comprehensive plot to the campaign, and many gamers felt as though the developers were lacking in communication when the three expansion packs were released.

However, Bungie, the developers, addressed many of these concerns in Destiny 2, which was released Sept. 6, 2017.

My personal favorite games are Gears of War and Skyrim, so I was a little bit skeptical of Destiny 2 at first. I thought it was going to be a little too complicated and confusing. However, I finally gave in and purchased the game with the expansion pack passes and I soon realized my fear was irrational and that the game has fairly simple controls and an easy to follow plot. If we’re being honest, Destiny 2 takes the best qualities of Skyrim and Gears of War and combines them into one game. It has an open world various weapons, magic and crazy monsters players that have to defeat.

The game has some really awesome features, starting with the campaign. The original Destiny had a lackluster plot, however, Destiny 2 has far more cut scenes and flow to the story line. Players are immediately dropped straight into the action after watching an unknown enemy invade their home. Players become Guardians and must navigate their way around a futuristic Milky Way galaxy while trying to save their sun, the Traveler, from the Red Legion.

There are multiple villains in the original campaign including crazy robots, strange monsters and aliens, called the Red Legion. The Red Legion is the main enemy in the campaign. They are led by Dominus Ghaul, who seeks the power of the Traveler. He hopes to obtain the sun’s light so he can become immortal like the Guardians. Players must face Ghaul at the start and end of the campaign, which adds a pleasant change from many games, where the big boss is not introduced until the end.

Guardians must travel throughout the Milky Way galaxy and complete various missions to complete the campaign. However, this is only a fraction of the available quests and missions players can complete. There are public events, patrols, strikes, nightfall and other side missions.  But, many features like nightfall and strikes cannot be unlocked until the campaign has been completed.

Destiny 2 requires internet, so a big portion of the game is played with other players. Public events pop up all over the map at random times and are a good way to level up quickly and get new armor and resources. Patrols, strikes and nightfall are typically played with three to six friends, they are more difficult than most missions and require good communication and puzzle solving skills.

The last notable feature of the game is multiplayer. I’m  personally not a fan of multiplayer in Destiny 2 but that’s only because I’m not all that good and I hate losing. Multiplayer is played in the form of the Crucible, which is divided into five different modes: clash, control, supremacy, survivor and countdown.

Clash and supremacy are similar to team deathmatch, control is like capture the flag, survivor is team deathmatch with a limited number of lives and in countdown players must find and defuse the other teams bomb or protect the bomb from the other team in order to win. What I find most interesting about multiplayer, is that the statistics of each player don’t matter but the guns each player wields do. You have the ability to use any gun that you have in your arsenal despite the added modifications and level. Picking your weapons wisely can be the deciding factor of a win or a loss.

The latest expansion, Curse of Osiris, will be released Dec. 5, 2017, and will add the location Mercury, new missions, strikes and it increases the game’s power cap from 305 to 335 and the level cap from 20 to 25. All in all, Destiny 2, is a really fun and addicting game and every gamer, whether on Xbox, PS4 or PC, should try to play it.