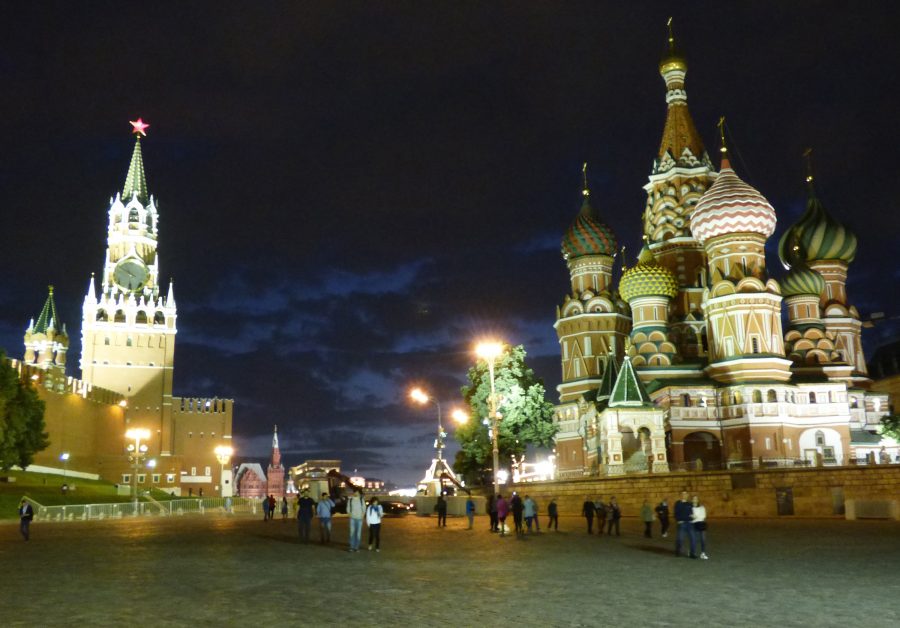 As an American reading the news, it would appear that relations with Russia are worse than they have been in a long time — a pseudo return to the Cold War it may seem.

It remains unclear whether Russia interfered in the election, whether Presidents Trump and Putin are secretly colluding or if the Kremlin spread fake news through various networks to influence voters. Yet, as a student visiting Russia, it largely felt like more of the same. Despite the snow and vastly different architecture, I was surprised by the similarities between the two countries.

As I’m currently studying European Economics in Copenhagen, my class took a week long trip to Moscow and St. Petersburg. The most daunting part of the trip from early on was the visa process — we began submitting documents and applications back in July in order to be approved for a five day visit to the Federation. Finally, after gathering the visa and packing for the frigid weather, we arrived in Moscow airport. Again, it felt as routine as other trips I’ve taken throughout this semester consisting of flying into yet another airport and not understanding the language. Our guides led us straight to dinner where a shot of vodka was served with every course of the three course meal. It was meant somewhat of a “palette cleanser.” Fitting the stereotype already.

The rest of the week was filled with economic lectures, long metro rides and plenty of filling food. Some of the moments that stuck with me fell in between. One of the most memorable experiences of the trip was a dinner with three Russian students studying at the Higher School of Economics in Moscow. My American friend and I were invited to their apartment where they cooked us a traditional Russian meal from family recipes and played music on their guitars for us — ranging from mixture of American pop and Russian folk songs. Over dinner we discussed everything from politics and dating to expectations at University and President Putin. This dinner was transformative, as it opened my eyes to the fact that although we have language, social and even political differences, we can all join together as young people and simply enjoy each other’s presence.

As the trip was for an economics class, not purely leisure, we had plenty of fascinating conversations from individuals working in private and public sectors in Russia. In Moscow, we met with Gabriel de Bella, the representative from the IMF in Russia, and discussed the role of the international finance community in Moscow.

Later, we spent a long lunch with officials from TV Rain, the only remaining news station completely independent from the Russian government, and discussed the repercussions of speaking out against Kremlin propaganda. This open conversation brought light to various past and present propaganda efforts to positively portray Russian leaders and emphasized President Putin’s current manipulation of the media in the same way today.

Arriving in St. Petersburg halfway through the week came as a shock. As Moscow was exactly as I expected it–cold, dark, serious and with a clear abundance of government control — St. Petersburg was a refreshing welcome of western influence. As it was constructed by Peter the Great in an effort to assimilate with and impress Western European countries, it felt more similar to other major cities in the EU. The first day in St. Petersburg we toured the Winter Palace, with one of the world’s largest collections of art and saw The Bronze Horseman at the Russian Ballet. Both of the cultural experiences were fascinating and couldn’t have been replicated anywhere else.

Throughout the presentation, they continued to return to two main points: natural gas is not terrible for the environment and the European Union is reliant on Russian gas. The Q&A from our class continually focused on environmental impacts of pipelines, but were craftily ignored by spokespeople for the pipeline. Sitting in this meeting was truly one of the first times on the trip that I realized how much influence the Russian government has on its citizens and corporations.

Overall, the trip was a once in a lifetime experience. As Russo-American relations increasingly grow colder, Americans will be less and less welcome as visitors. While many of my stereotypes going into the trip were upheld — mainly those about the role of government in daily lives — many of my preexisting biases were defied. After having dinner with a group of Russian peers, I realized the similarities between young people and that common drive and passion unites individuals regardless of background.