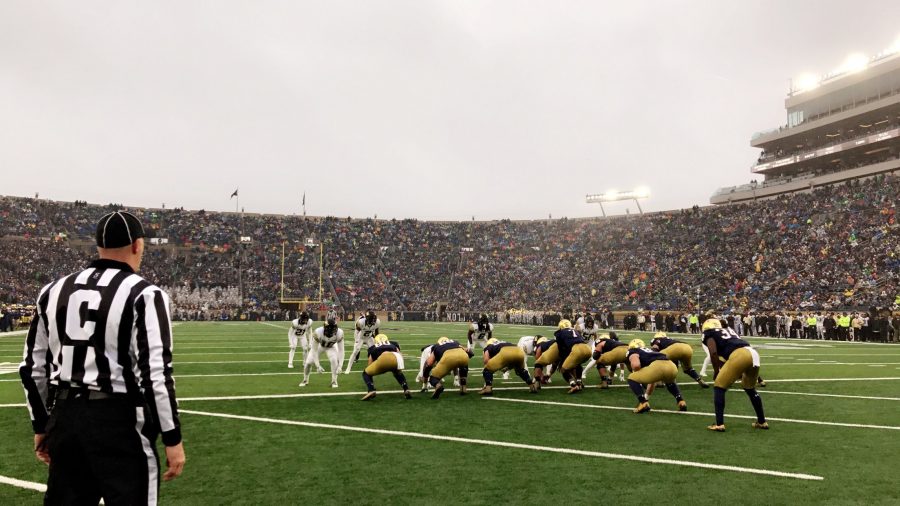 Notre Dame tied a program record of 710 yards in a single game when it lit up the Wake Forest defense with a balanced 330 yards through the air and 380 yards on the ground.

“It was hard for us to watch that tape on Sunday. When you watch it, you physically feel sick,” said coach Dave Clawson of his defense against the Irish.

Wake Forest will face another formidable offense when it travels on Saturday, Nov. 11 to Syracuse to face the Orange.

Junior quarterback Eric Dungey is indisputably in the midst of his best season as a collegiate player, and has taken his game to the next level, especially when playing at home.

In his most recent game at the Carrier Dome, Dungey completed 20 of 33 attempts for 278 yards and three touchdowns. And with an additional 61 yards on the ground the junior led the Orange to pulling off what many consider to be the upset of the year in college football, knocking off then-ranked No. 2 Clemson.

The Demon Deacons have bowl aspirations of their own, however, and want nothing of helping the Orange reach the post-season.

In order for Wake Forest to reach the coveted win number six it will need its defense to bounce back from a tough weekend at Notre Dame.

With sophomore corner Jessie Bates still out with an injury, the defense will once again look to redshirt freshman Luke Masterson to step in and play in his place.

On the offensive side of the ball the Deacs will look to three guys specifically to have big days. Senior quarterback John Wolford is coming off the best back-to-back games of his career and will rely on running back Matt Colburn and tight end Cam Serigne to balance the offensive attack.

Prediction: Wake Forest finds a way to win at Syracuse and will pick up victory number six as the Deacs win in a shootout 40-34.