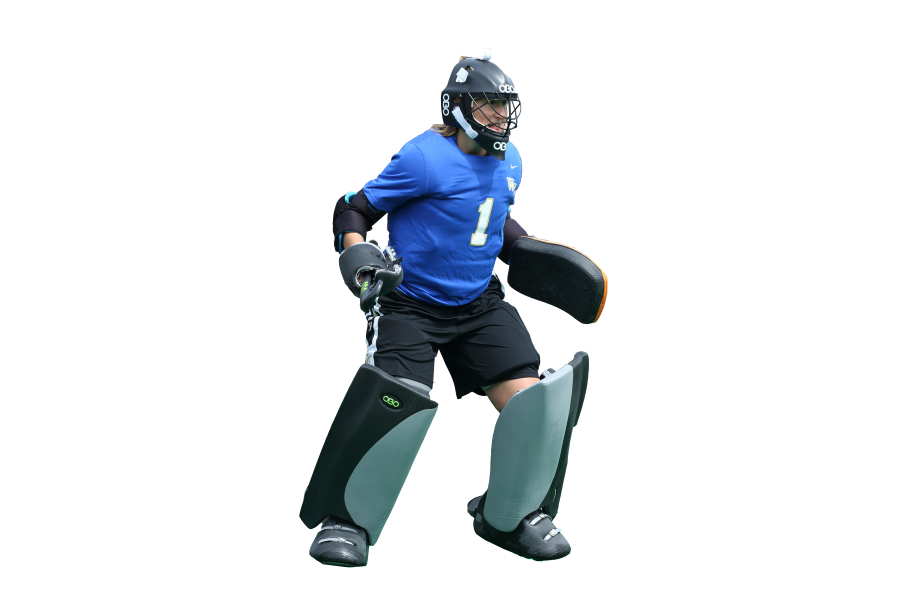 What factors helped you choose to come to Wake Forest to play Field Hockey?

When I first started to think about coming to the U.S. for college I wanted to find a school that had a strong field hockey program, but also a strong academic program.

When I came to visit Wake Forest I felt instantly at home. I could tell that the field hockey team had a really special team culture, and that everyone was incredibly supportive and inclusive.

How have you improved as a keeper since you’ve started your college career?

I think that everyone takes a little while to adjust when they come into the team as a freshman, but I think that my confidence has really grown in this past year and a half. This has helped my decision making on the field and has helped me to become more assertive as a keeper.

The team has had success on the road this year with a 5-3 record. What’s the key to playing against opposing crowds?

I think that for our team it is just really important to stick to our game plan.

I think that we are really effective when we are just focusing on us, and what we can do on the field to control the outcome of the game.

As this is your first time playing in the NCAA Tournament, how are you and the team preparing, both on and off the field?

We were all really excited to make it into the tournament this year because we have all worked incredibly hard this season.

In preparation on the field, we are just continuing to work hard everyday at practice. Off the field, we are taking the time to look after ourselves, catch up on our sleep, stay hydrated and get ahead in our schoolwork so that we can really focus on hockey this weekend.

You’ve played the majority of minutes in goal for the Demon Deacons this season, after playing behind Cat O’ Connor for much of last season. How have you two helped each other on and off the field?

It’s obviously challenging when you share a position, and even more so when that position is goalkeeper.

Cat is the most supportive and encouraging teammate.

We have such a fun and healthy competition during practice, and no matter who is playing in the game, we are always doing everything we can to support each other.

Playing in such a competitive conference, how do you motivate yourself for each game?

We know that every ACC game is going to be a real battle. I think that this is motivating in itself, because we know that every game is up for the taking, and we have to show up ready to perform on the day.

How is the team planning to use its strengths against Maryland in the Tournament?

Our strikers have some really good speed and a really effective press so we are going to try and put some pressure on their defense.

We like to play a passing game so we will be looking to play as a team on Saturday with lots of communication and passing.

This is a really exciting time in our season, as we get one more opportunity to prove what we can do as a team.

Favorite memory as a Deacon on the field so far in your career?

Myavorite memory on the field would have to be beating Syracuse in overtime earlier this season.

We managed to put together a complete performance across the entire field for the full game, and we came out and executed our game plan perfectly.

It was such a great feeling walking off the field with a hard-earned win.

How has Coach Averill, who’s as experienced as one can be with playoff hockey, helped the team prepare for the NCAA’s?

We have been watching a lot of film leading up to this game, and although we have been focusing on their team and how they like to play, she has also made sure that we are focused on our team, and how we can play to our strengths.

Do you or the team have any pregame rituals?

No major rituals, apart from listening to music in the locker room together to hype us up before we go out.

As a goalkeeper. what do you see as your role in managing the flow of the game?

As a goalkeeper, one of my main responsibilities is communication. This is really important in managing the flow of the game because even when we are on attack, we need to be organized and ready on defense in case we turn the ball over. Communication is really important because it keeps everyone connected throughout the entire game, regardless of whether things are going well or not.