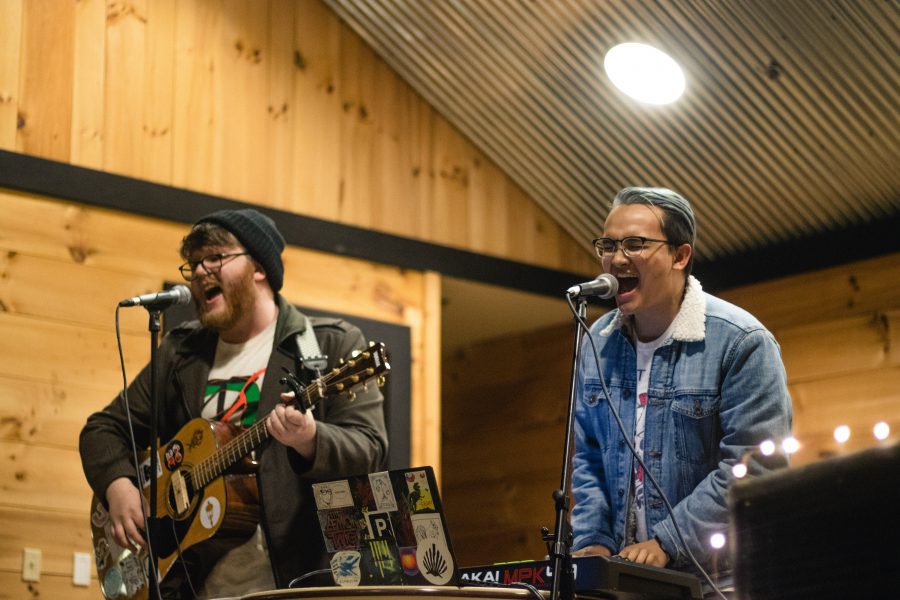 Last Friday, Wake Radio held its second annual Fall Concert in the Barn, featuring many talented musicians from the Wake Forest campus. Wake Radio decided to start the fall concert for a variety of reasons.

“Wake Radio wanted some consistency, wanted to be more active on campus,” said Music Directing Manager Russell Lawrence. “When I was a freshman, there was a concert that took place in the fall, but it was very small, only 20 people came. I, along with [former president] Clara Ortega fought to get a bigger concert on campus.”

Additionally, the Fall Concert is a way to show off student performers on campus, and giving them a platform to share what they do.

“The Fall Concert is our way of engaging a wider Wake Forest community,” Lawrence said. “The concert is more about showcasing student musicians.”

This concert operates a bit differently than a regular open mic — performers had to apply to play and submit a recording to Wake Radio. From there, the staff listened to the submissions and read the applications, often comparing the quality of the performance to the tens of albums Wake Radio receives and evaluates on a weekly basis. Due to this, the “best of the best” were selected, according to Lawrence.

“There is a lot of talent on campus, so we didn’t have to try really hard,” Lawrence said.

“I thought Wake Radio made space for really beautiful collaboration and appreciation of the arts and creative expression,” said senior Caroline Vath.

“It featured a harmonica which is very different from our style, but we wanted to try new things,” Briggs said. She added that they like to call themselves an Ed Sheeran cover band, so they wanted to do something a little different this time.

The concert allowed for many students to perform, featuring students from all grades, including those who performed solos to duos and with a band.

“The Wake Radio concerts are the best,” Briggs said, “People deliberately go to listen to music, especially when it is at the barn, you had to make the commitment to go.”

“I really enjoyed the fact that Wake Radio allows students an outlet to show off their musical talents,” said sophomore Natalie Valdes, “The concert was great and the music was amazing. I didn’t know how talented some of the people I know are.”