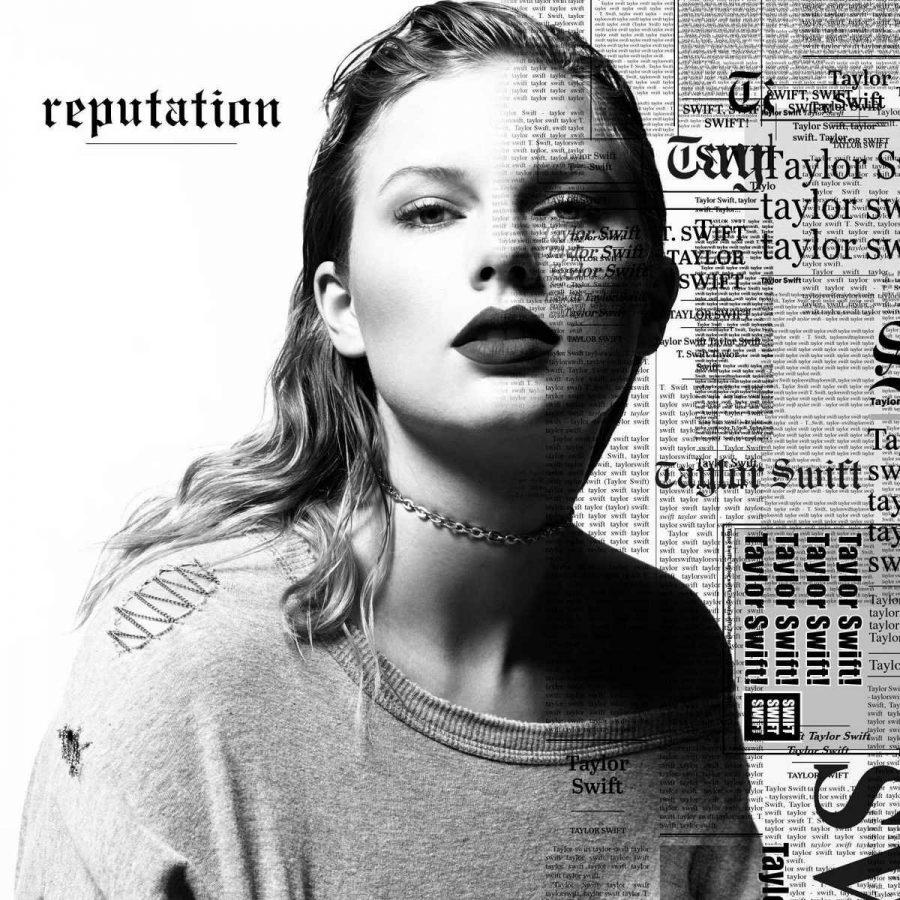 Forget the prior eras of Taylor Swift. The long blonde locks, sparkly guitars, soft spoken love songs and even the 1989 phase are all long in the past.

Swift takes a “shot in the dark” with her latest and greatest release Reputation, selling 700,000 copies in its first day. A series of live performances from Saturday Night Live, The Jingle Ball and a future world tour simply shows she is back in full force.

Fifteen tracks paint a picture of the secret life of Swift, as she has removed herself from the spotlight for over the past year. The first track “… Ready For It” hypes her listeners for the roller coaster ride that is Reputation. Heavy synths and sudden changes in melodies are present not only on this song but on a multitude of tracks.

The preceding song is unlike most of Swift’s work. “End Game” features Future and Ed Sheeran and exhibits a series of raps from all three artists. This is not the first time Swift and Sheeran have collaborated, but it is completely different from their first acoustic love song “Everything Has Changed.” A drastic shift occurs when “Don’t Blame Me” comes on. The chorus echos similarities with Hozier’s “Take Me to Church.” The themes of redemptive relationships, free falling and damaged images mentioned in this song have parallels to other songs on the album such as “Call It What You Want” and “King of My Heart.”

A softer side of Swift can be heard on tracks on her most current release. “Delicate” utters the feelings of a budding relationship that is unsure of how comfortable each other feels in the free fall. “This is for the best. My reputation’s never been worse, so he must like me for me” is vocalized throughout the chorus. “New Year’s Day,” the only acoustic song on the album, displays an identical idea how to feel in the beginning stages of something great.

Reflections on her roughest moments in her prior relationships are exposed in the tracks “Getaway Car” and “Dancing With Our Hands Tied.” Two of the most memorable songs on the album focus on catchy choruses and the feelings of falling out of love. “Getaway Car” explains how it feels to leave one terrible relationship to a one with equally difficult struggles. As Swift sings, “Don’t pretend it’s such a mystery. Think about the place where you first met me,” the urgency for understanding as to why she needed to escape is evident. “Dancing With Our Hands Tied” is a kindred spirit in comparison to “Getaway Car.” The naive mindset about how trapped you can feel in unhealthy situations is repeated. “I could’ve spent forever with your hands in my pockets. Picture of your face in an invisible locket” exemplifies how Swift felt staying in the dark about the issues that arose in the dysfunctional relationship.

It is clear Swift has taken at the bricks thrown her to build her greatest work. Despite jabs from all sides, her album makes clear that “there will be no further explanation. There is simply Reputation.