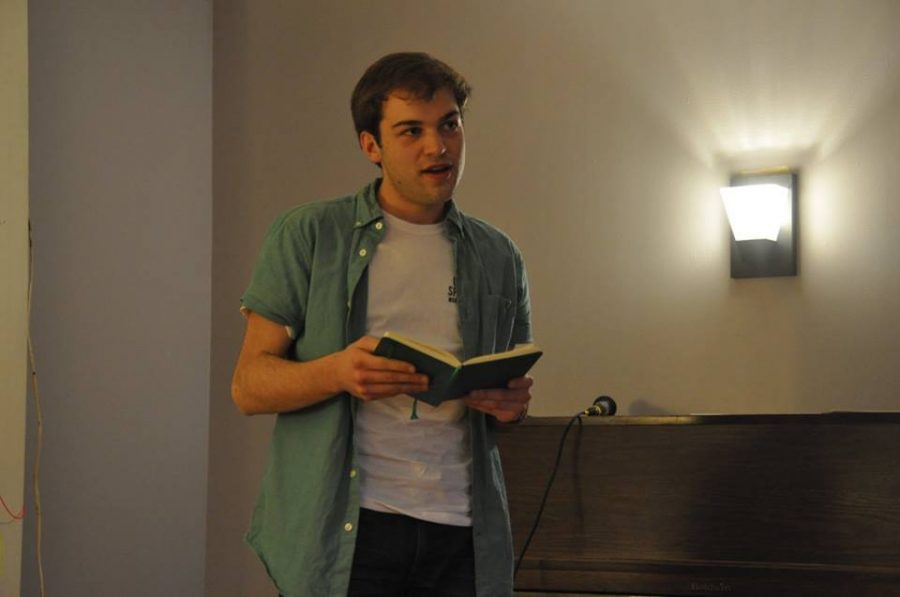 Coined by President Maddie Baxter and Vice President Thomas Poston as a safe space for the readers to share their work, eight Wake Forest students took the stage to read their original pieces on Nov. 15.

The event was kicked off by freshman Andrew Azuara, who performed three varying pieces about poetry writing and his own identity. Before he began, he asked the crowd to close their eyes or put their heads down, both because of his own nervousness and the desire to make the poems more intense. While he read his second piece, “What is a poem?”, his words and sentiment were truly much more palpable with closed eyes.

Freshman Chidubem Nwakuche also took centerstage, sharing two pieces that reflected on a time of self growth and realization in her life.

Both Poston and Baxter also performed two pieces each, taking inspiration from the current changes they are experiencing in their lives. Baxter shared a sestina, a complexly formulated poem, titled “Wherever you go, there you are,” sharing her anxieties and excitements about studying abroad in London next semester. Similarly, Poston gave a piece titled “Decay,” discussing the anxiety of being a senior in college. As members of the Executive Board, they both shared their content with the size of the crowd.

“We always love the audience’s energy, which is something we can’t get just by writing by ourselves and reading in our smaller club environments so having that really warm energy and support makes the performance really energetic and makes it stronger in meaning in a way too,” Poston said. “The poems are usually about a shared experiences, about things that most humans experience, and so it’s really special for a reader to be able to connect your experience to this larger crowd and feel it resonate with them.”

The next Can-I-Poet performance will take place during Spring Semester, but Poston urges those who write poetry or are interested to join the group.

“We’ve had spoken word, more lyrical things, sonnets, people exploring rap and more. So, there is something for everyone and we are really open and supportive of all types of work,” Poston said.