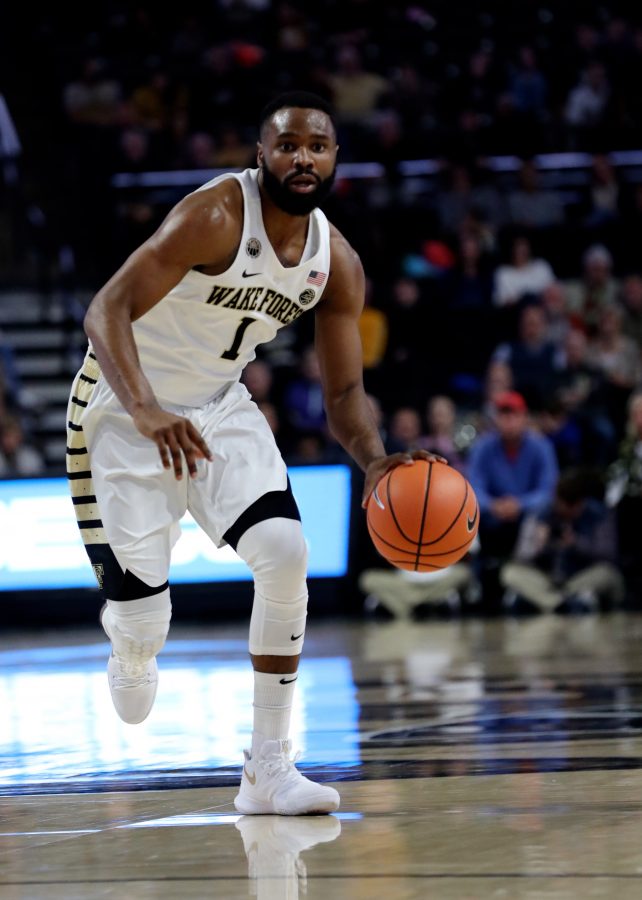 “There are too many times when we play good first-shot defense, then we turn around looking for Dinos [Mitoglou] or John Collins to fly in, get off a plane and get a rebound.”

These were the words of coach Danny Manning following Wake Forest’s second loss of the season, the first 0-2 start for the men’s basketball program since 1979.

For Manning and his team, the absence of three starters from last year’s NCAA Tournament squad is undeniably being felt.

A year ago it was Collins and Mitoglou that led the Deacs in rebounds with 9.8 and 6.1 boards per game respectively. And it was Austin Arians who provided energy on the defensive side of the floor.

“We’re not a good team right now,”  said Manning after his team was outrebounded by a team that ranked worst in the country in offensive rebounds just a year ago.

“We need to get better … we need to quit feeling sorry for ourselves.”

Outside of the first posession of the game when Bryant Crawford found Doral Moore cutting to the basket for an alley-oop, Wake Forest had little to celebrate.

The Deacs connected on just two of 17 attempts from beyond the arc and never found rhythm on the offensive side of the ball.

Despite cutting Liberty’s nine point halftime lead to as few as three points early into the game’s final 20 minutes, Wake Forest failed to maintain the energy required to complete a comeback, falling 79-66.

“We have to figure this out. This tournament can make or break us. It can be our turning point or it’s going to keep going downhill from here,” said junior guard Keyshawn Woods.

Woods is referring to the Paradise Jam, which will be held in Lynchburg, VA, this weekend, instead of the U.S. Virgin Islands, which is still recovering from the devastation of Hurricanes Irma and Maria.

Woods and his teammates have a chance to change the course of the season when it opens the tournament on Friday, Nov. 17 against Drake.

For Wake Forest, it will look to earn its first win since taking down Boston College in the first round of last year’s ACC Tournament. Essentially, the Deacs are still searching for its identity in the post-John Collins era. And while the Deacs are only two games in, the clock has already begun to tick.

What kind of team will Wake Forest be this year?

Now is the time to find out.