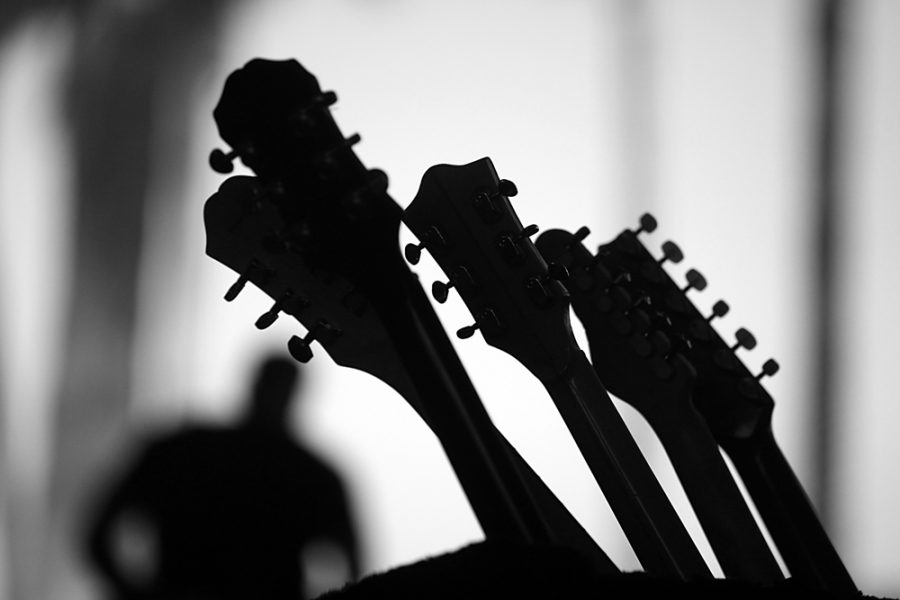 On Nov. 17, the Cat’s Cradle Backroom, a small venue in Carborro, N.C., hosted a concert for musician Skylar Spence. Formerly known as Saint Pepsi, Skylar Spence is Ryan DeRobertis’ electronic project, which is typically categorized into the genres of Vaporwave, Nu-disco or Future-Funk. Yes, it is as fun as it sounds. DeRobertis employs the sampling of sounds from the 80s, 90’s and early 2000s to make addicting, fun and nostalgic pop songs.

Understandably, I expected to see DeRobertis on stage behind a keyboard and a laptop manufacturing his songs sample by sample. Instead, Skylar Spence actually tours as a group of performing artists. In fact, a lot of aspects of the concert were surprising.

As I entered the venue, I could see DeRobertis walking around the dance hall greeting people and thanking them for coming. He sat at his merchandise booth giving autographs and taking pictures with understandably excited fans.

Largely unknown until recently, Skylar Spence has been active since the 2013 self–released Mr. Wonderful, which saw large critic success. Since signing last year with Carpark Records, home to other artists such as Toro y Moi and Beach House, Spence has amassed a larger fan base and has played at large festivals such as Firefly and Lollapalooza.

After opener FKA Spazzkid’s set, which included a hilariously catchy remix of the vine famous “Why You Always Lying,” the lights turned to a pink and blue glow matching the aesthetic of Prom King’s cover art as the live band walked on stage.

DeRobertis was wearing a white Coca-Cola sweatshirt, a pun of sorts since a Pepsi logo sprouting wings had been his moniker for years. Someone from the crowd shouted “Why not Pepsi?” to which DeRobertis smiled and replied “Yeah, apparently there’s some company or something that has the name.”

Skylar Spence stuck with mainly playing songs from Prom King but also played several songs from Mr. Wonderful. One of the set’s best was no doubt “Can’t You See,” which DeRobertis revealed was about him being a jerk to some of his closest friends. “Writing the song was therapeutic, in a way,” he said. This song had the most energy out of the entire set list.

Bassist Scott Interrante was especially enthusiastic during the song, providing back-up vocals, playing bass and occasionally playing notes on the keyboard. The song has many sudden stops, only to get right back into the groove.

Drummer Jesse Brickel was consistently entertaining to watch, playing track after track from the album perfectly while adding his own impressive flair. “Can’t You See” is a feel-good tune at its finest, and seeing the live band play it was captivating. Interrante thanked the crowd for really getting into the performance. “That song has a lot of difficult ‘wooh’s’ so I’m really impressed,” he said. “Good job, guys.”

Diemer commanded the set on the very impressive live take on “I Can’t Be Your Superman.” The song contains multiple catchy and darker guitar riffs, and at the end of the song Diemer made sure to amplify the song with an improvised solo. As he played with the effects pedal at his feet, the crowd and his band mates cheered.

The band closed strongly with their biggest song, “Fiona Coyne,” jumping up and down with the crowd. The song certainly was a crowd pleaser, as Skylar Spence ended up coming out for an encore where they played an unreleased instrumental. DeRobertis took to the keyboard in front of him again, and crafted landscapes the audience could get lost in one more time. Skylar Spence was a memorable concert I hope to experence again.