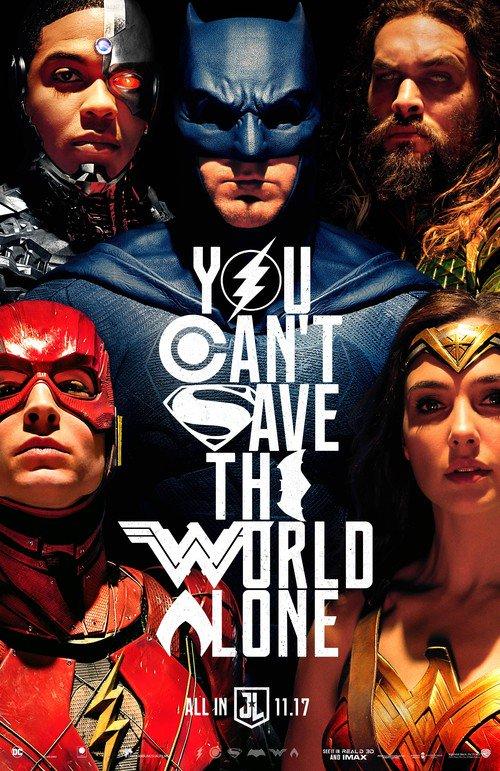 The newest addition to the DC Franchise, Justice League, was released into theatres on Nov. 17.

The movie was not well received by the critics and essentially bombed in the box office. With a whopping $300 million budget, Justice League only makes $332.3 million.

With all things considered, I thought it was a fairly good movie. Justice League is not a typical superhero movie though, and viewers need to keep that in mind while watching the movie. The purpose of Justice League was not to fight a bad guy, the main plot consists of the formation of the League and the return of Superman.

The battle against the primary villain Steppenwolf, the Destroyer of Worlds was more of a subplot. He is the reason that the Justice League must ban together, and he is the driving factor to resurect Superman. However, he is not the most powerful villian the heros have faced.

The movie begins with Batman searching for the metahumans he discovers at the end of Batman v. Superman: Dawn of Justice. He recuits Barry Allen, also known as the Flash almost immediatley but convincing Arthur Curry or the Aquaman, and Victor Stone or Cyborg take a little more time.

After the team has assembled, they attempt to battle Steppenwolf with no avail. So they resort to ressurecting Superman. Things soon get interesting as the League struggles to save the world.

Debuting only months after the very successful Wonder Woman movie, Justice League left many DC fans dissapointed. However, in my opinion it was immensely better than Batman v. Superman.

The way director Zack Snyder develops the characters slightly strays from the traditional characteristics of many of the heroes. For example, Aquaman has traditionally had a strong tie to Atlantis and always put his people first. Snyder chooses to make Aquaman the comic relief in the movie. He has a very carefree nature in the movie and has to be pushed into fighting with the League by Queen Mera.

I thought this was a good choice, short term. It was nice to have comic relief in the movie from Aquaman’s intersting comments, insults and confessions. However, I do not know how he will be able to take his place as king of Atlantis with the attitude he has. Historically Arthur has always put his people first, but Snyder characterizes him as being self centered and carefree.

Overall, the Justice League is better than the box office and critics make it seem. The cast works well together and the graphics and special  effects are beautifully put together. The way the League comes together and the way the plot is developed is well executed. Any action movie fans will enjoy the movie.