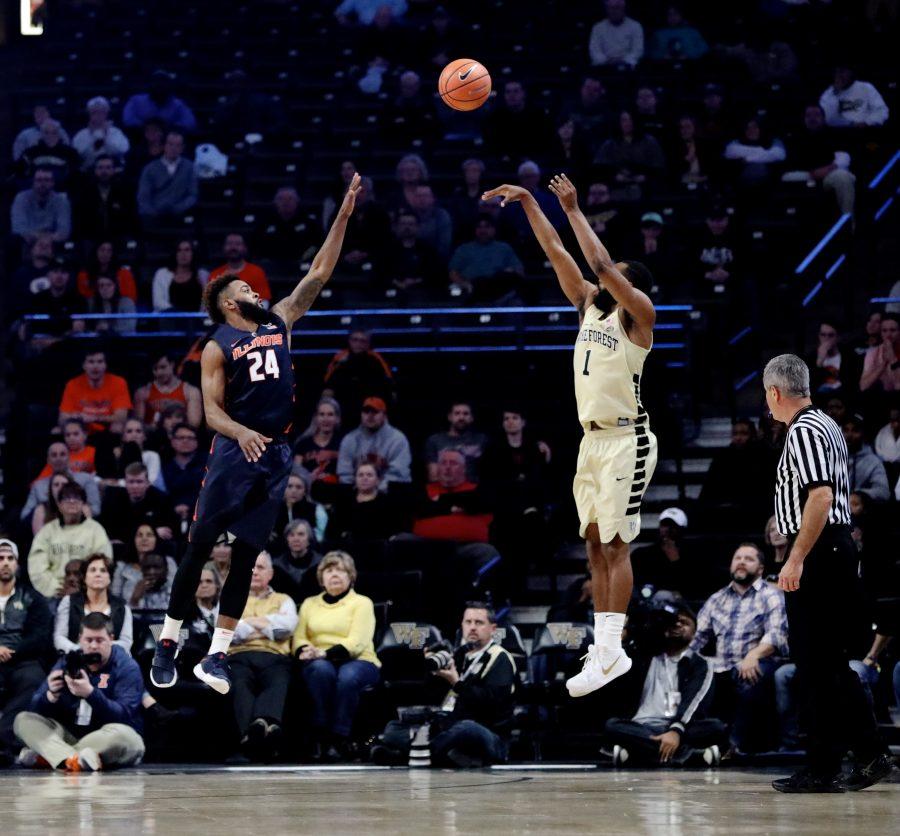 The Wake Forest men’s basketball team captured their third win of the young season on Tuesday, Nov. 28 in an 80-73 win over Illinois at LJVM Coliseum.

The matchup, part of the ACC/Big Ten Challenge, pit the two teams against each other for the first time since 2003, when the No. 1-ranked Chris Paul-led Deacons were upset by the Fighting Illini. After starting the season 0-3 with ugly losses to Georgia Southern, Liberty and Drake, Wake Forest bounced back with a much-needed win over Quinnipiac.

The Deacons entered the game against the Fighting Illini riding the wave of a win over UNCG and entered halftime with a narrow 35-34 lead over Illinois, but came out firing on all cylinders in the second half, going on an 11-0 run and gaining an insurmountable lead. Wake Forest was carried by junior point guard Bryant Crawford, who dropped 20 points in a game that saw him head to the locker room during the game to tape a finger and successfully return to the court. Junior center Doral Moore also stood out, recording 12 points and playing a career-high 32 minutes in his fourth double-digit scoring output of the season.

“It’s always nice to win,” said Demon Deacon Head Coach Danny Manning. “I’ll never apologize for winning. You never do that. Yes, we have to get better in different areas, but we’re no different than any other team in the country. There’s not one coach in America that’s looking at his team thinking that ‘we’re perfect. We’re a masterpiece. We got it all figured out.’ No, nobody is like that right now. Everybody is still trying to master their offensive and defensive schemes and we’re no different. Our flaws have come out earlier than some teams simply because we’ve lost games early. It’s created a little bit more of a sense of urgency for us, but we know that we have to continue to get better. We understand that.”