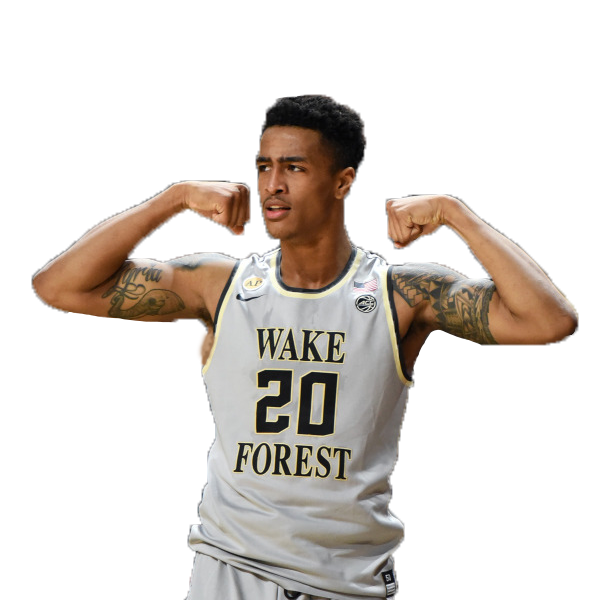 John Collins made a tremendous impact during his playing days at Wake Forest, and his successes are bound to continue at the next level.

After being drafted in the first round of the NBA draft by the Atlanta Hawks, Collins has only continued to prove why he belongs at the next level.

This season with the Hawks, Collins has already begun to exceed the expectations that accompany a nineteenth pick. He has averaged 11.5 PPG and 7.1 TRB and has already established himself as a confident finisher inside the paint.

NBA veteran Blake Griffin commented after playing against Collins, saying that, “He’s going to be a beast. I’ve watched him play this season. Physically he’s ready. He plays the game the right way. He does exactly what I’m assuming he’s supposed to do within their offense. He’s got a super high ceiling.”

However, it does not take the basketball acumen of an NBA star to see that John Collins has a bright future in the league.

Fourteen points in your first game. How important is it to get that under your belt?

Yeah, it’s pretty cool to get into double digits my first game, have an impact the way I did, have a couple dunks and do what I do on the court. I play with a lot of energy, a lot of athleticism and I think those preseason and summer league games gave me some confidence and I think its pouring on over into the regular season and hopefully into all 82 games.

What part of your game has really developed since your last game with Wake Forest? What have you worked on the most?

I think it’s really been my IQ. My ability to read different plays, offensively, defensively and know what plays to make certain moves in and what reactions to have have doubled my IQ as a player.

I saw a video where you indicated that draft day was the best day or moment of your life. Now that you’ve experienced your first game, do you still see draft day as the top moment or has it been usurped?

I think draft day is still the biggest moment in my life so far. I think my first true NBA game, though, is really right there, because I’ll remember that moment for my whole life, but I think draft day just takes it.

The journey for you —slightly underrecruited, come to Wake, show signs as a freshman, then you broke out your sophomore season. I’m sure in the back of your mind you always thought you had the opportunity to become an NBA player, but when did it become real for you?

Yeah, it’s kind of a storybook, you can’t really write it any better. I went to a small school, underrecruited — you know, Wake Forest is obviously in the ACC, but its not a blueblood school, its not getting that national attention — I played the way I played in the ACC, before non-conference, and like you said, I was playing well, but not that well — and then ACC play comes, and I had 14 straight 20-point games and 15 or 16 double doubles and we get to the tournament, it kind of all exploded at once. The moment I kind of knew I was going to the NBA was probably after that 14-game streak when I broke that record for the Wake Forest player with the most 20-point games in 30 years, I was like, ‘Man, I’m breaking all-time records that haven’t been broken in 30 years, I might have a real shot.’

What’s the first thing you bought?

I bought my mom a Range Rover.

difference that you’re seeing day-to-day from a challenge perspective?

That’s going to be the biggest thing for me  — taking care of my body.