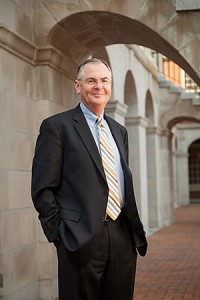 In 2015, the most recent year with public data available, Hatch earned just over four million dollars. This salary bump has caused many students, faculty and staff to question and speculate  why his compensation drastically increased from previous years, moving Hatch to the top of the list.

In light of the recent report, it is important to note how Hatch’s salary is broken down. His base pay was $839,944 while he had a bonus of $92,000. The remainder of his earnings, which totaled $3,009,376, is placed in the “Other” category, according to the Triad Business Journal. This includes employer-provided vehicles and parking, payments for housing, travel, meals and more. The “Other” category accounts for many of Hatch’s expenses.

Further, Hatch has never before made this much in a year. The hike in 2015 was due to a deferred compensation retirement plan that was agreed on when he was hired in 2005. In this plan, Hatch was set to earn a bonus, after his 10th-year as university president, which fell on July 1, 2015. His base salary of $839,944 is comparable to other highly paid university presidents, but the additional compensation is where he tops the charts.

“I think it’s great that the school and President Hatch worked in his contract to receive these benefits after being at the school for 10 years. The average tenure for a president is around 6.5 years, so for President Hatch to stay here shows commitment and offers the school a lot of benefit,”  junior Garret Bader said. “Staying here for a long time allows him to set long-term goals and follow through on them, not leave them to someone else. I have a lot of respect for President Hatch and what he has done for the school. Hopefully we see him stay for another 10 years.”

While some students agree that having Hatch here for a decade is a good sign for the stability of the university, others are curious about why he is making this much money.

Junior Alex Skelton said, “I just want to know what he is doing to be paid four million dollars.”

This viewpoint shows that students are confused about what this large sum is made up of, and how it is broken down. Many of the articles online refer to Hatch as the highest paid university president, while in reality he ranks the highest because of the deferred compensatory package.

“A lot of people will see the headline but not click the article and see why it was so much this year,” Bader said.

While students question their president’s high salary, campus officials and trustees justify the record-breaking tuition levels by pointing to the amount of money that President Hatch has brought into the university over his tenure. Through initiatives such as Wake Will, the school raised around $800 million under Hatch’s leadership. This money is expected to go back into funding programs, institutions and scholarships on campus.

Regardless of the justification behind his bonus, some students see Hatch as a figurehead running campus from Reynolda Hall and question which of his specific duties merit such a large salary.

“I’m not immediately angry at his salary, but I would be more comfortable deciding how I felt if it was justified a bit more by being more transparent with what all his responsibilities are,” junior Christian Green said. “From a student perspective, it feels like his primary concern is to keep everything on campus as status quo as possible and not take any hard stances. I’m sure he is doing a lot of things behind the scenes, but without any transparency as to what those things are, he feels a lot like a figurehead for the school.”

Hatch’s pay is consistent with other leading university presidents, as nine of the top ten highest earners similarly made the majority of their pay through bonuses and deferred compensation plans. In comparison to public schools, however, the average salary for public university presidents is around $500,000.