Woods Leads the Deacs to Road Win at UNC Charlotte 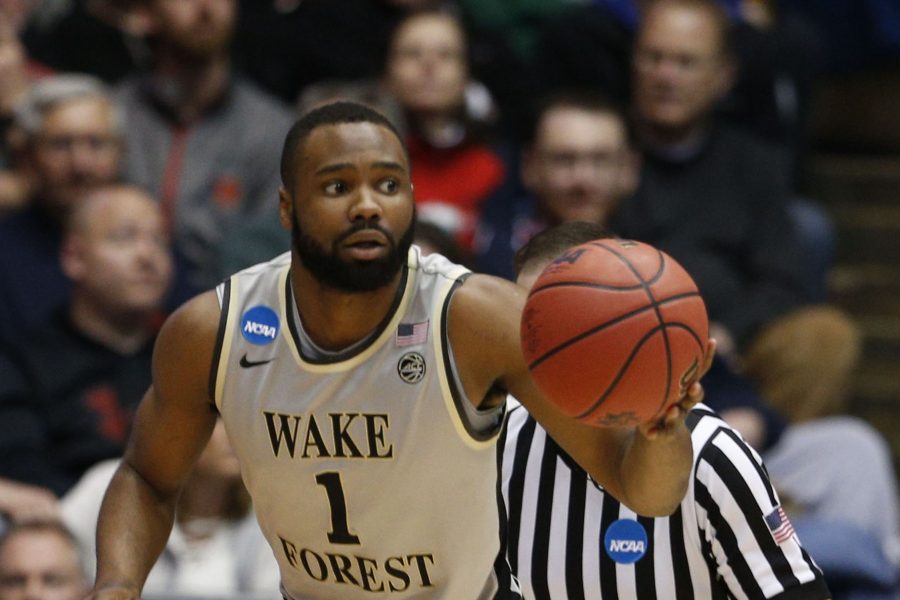 An 0-3 start to the season was never the plan for a Wake Forest team that made it to the NCAA Tournament last March.

After falling to Georgia Southern, Liberty and Drake, the Deacs have since seemed to have gotten back on track after winning five of its last six, including wins over Illinois, Richmond, and Charlotte.

When the Deacs traveled to Halton Arena on Tuesday, Dec. 5 to face the 49ers, it marked a homecoming for both Keyshawn Woods and Anthony Bilas, which was extra special for Woods who began his college career as a 49er.

This matchup also featured the fourth all-time meeting between opposing coaches that played against one another in an NBA All-Star Game.

The first half of Tuesday’s game was reminiscent of an All-Star Game, at least for the Demon Deacons.

In the first half Wake Forest scored 49 points, connected on nine three pointers and dominated on the defensive end.

In Woods’ return to Charlotte he led the Deacs in minutes, despite coming off the bench.

His first shot from the floor was a made three pointer, which prompted some of the 49er faithful to voice their resentment for Woods leaving after his freshman season.

Junior point guard Bryant Crawford found his shot early, connecting on each of his six attempts in the first half, including three from beyond the arc.

The scoring for the Deacs cooled off in the second half and Wake Forest left Halton Arena with a 80-57 victory, the largest on the road in the Danny Manning era.

Wake Forest will return to Winston-Salem and the Lawrence Joel Veteran’s Memorial Coliseum on Friday, Dec. 8 to face Army at 7 p.m.

The Deacs will then make the final stretch of their non-conference schedule, traveling to Coastal Carolina and hosting Tennessee.

To conclude the 2017 calendar year Wake Forest will begin its ACC schedule with a trip to Chapel Hill to face the defending National Champion Tar Heels.