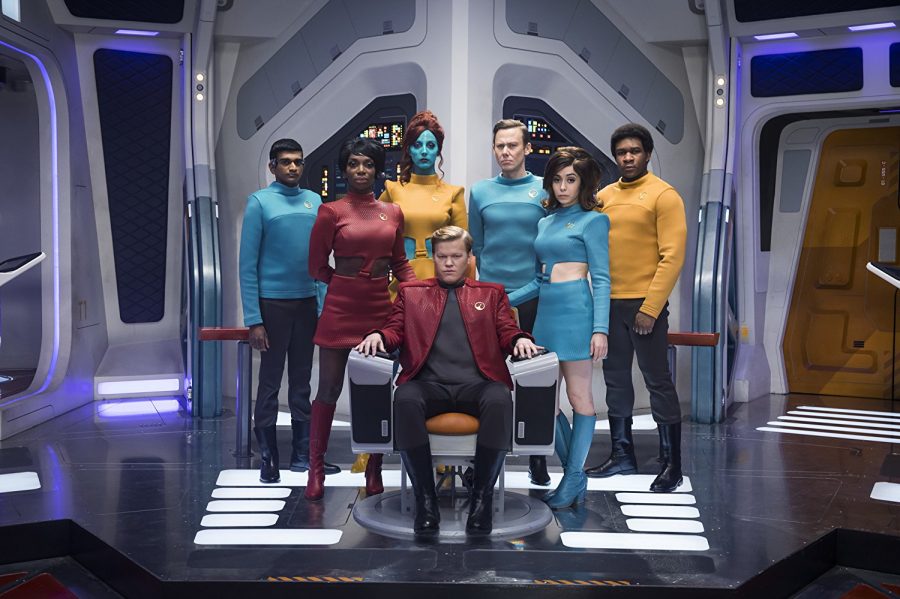 Last month, Black Mirror, a British television series produced with Netflix, released its fourth season. The six new episodes continue to incorporate the trademark element of the show: the equal presence of such technologically advanced ideas that seem so far from the present, in play with intricate plots which tackle relatable human struggles.

For those unfamiliar with the show, each episode is completely different from the rest. There are new characters, new technology, new struggles and even a new director, all with the overarching theme of humans interacting with destructive technology.

Starting off with a bang, the first episode, titled “U.S.S Callister,” chronicles a quiet underappreciated video game creator named Robert Daley. As the original mind behind Infinity, a virtual-reality game that can be accessed by placing a tiny dot on the side of your head, Daley also fashioned his own private server that recreated the movie “Space Fleet,” a universe extremely reminiscent of Star Trek.

Bullied by his boss, rejected by female coworkers and pestered by the overzealous “office hottie,” he takes out his anger on all of them by using their DNA to recreate their consciousness inside his game. While these individuals exist in the real world, their consciousness has been replicated inside of the game and they are fully aware of the fact that they are trapped inside. With an eventual black hole escape that combines the work of the virtual and real world, “U.S.S Callister”’s twisted story line has the classic tropes of sacrifice and determination in play with radical technology.

On a lighter note, “Hang the DJ” was by far the most positive, as well as surprising episode in the compilation. The episode follows a couple participating in “The System,” a program-based society that pairs individuals for a determined amount of time, ranging from two hours to years. This occurs in order for “The System” to learn about the participant and pair them with their ultimate match. In the last five minutes, as the couple learns that they were not paired with one another and decide to escape, it is revealed that the entire system is a simulation taking place in a Tinder-like dating app. If the couple’s consciousness’s escapes the system 1,000 times, they are deemed a 100 percent match.

The final episode, “Black Museum,” seamlessly concludes the entire season. The museum, located in the literal middle of the desert, is owned by a mysterious man named Rolo Haynes who has collected all of the most infamous technological crimes of the time. Hidden in the museum are easter eggs for past episodes, including the DNA transforming system from “U.S.S. Callister.” The owner chronicles his own experiments with human consciousness, and is ultimately vindicated by Nish, who he believes is just visiting, but is in fact the daughter of a man whose consciousness he stole and subjected to torture for the benefit of his museum.

Ultimately, this review does not come close to dissecting the complex and riveting themes explored by Black Mirror’s season four. Although the technology in this season seems impossible right now, the presence of such programs allows for the exploration of both humanity’s virtues and vices.