Spielberg’s The Post is out of Character but Outstanding 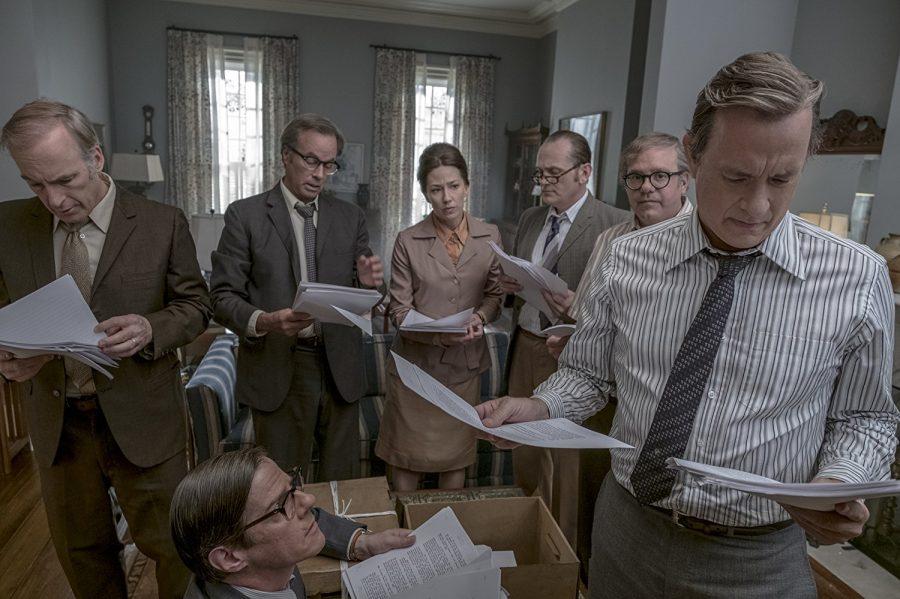 Steven Spielberg’s The Post is no E.T., Schindler’s List or Jaws. When your career highs are so masterful and universally loved, anything that is not absolutely magnificent and revolutionary pales in comparison. That being said, The Post is still well-directed, deftly acted and highly relevant in today’s political climate.

In 1971, The New York Times attempted to publish classified information about the U.S.’s 30-year involvement in Vietnam, known as the Pentagon Papers. After The New York Times was blocked by a court injunction, the staff of The Washington Post put their careers on the line to publish more of the papers. The Post chronicles the efforts of The Washington Post’s publisher Kay Graham and editor Ben Bradlee to expose the material while retaining the credibility of their newspaper.

The Post is a captivating procedural thriller that emphasizes the importance of the free press, in the vein of All the President’s Men (1976) and Spotlight (2015). Spielberg has assembled a stellar ensemble cast led by two of the most acclaimed actors of Hollywood: Meryl Streep and Tom Hanks. Streep is excellent as the hard-working, intelligent, but aslo hesitant, Kay Graham.

It’s captivating and inspiring to watch Streep portray Graham as she gains confidence in her position and her abilities, and challenges those who try to tear her down, often times because of her gender. Hanks as Bradlee is charming, impatient and fiercely dedicated to both the paper and to the pursuit of truth.

Spielberg expertly develops and sustains tension that pulsates throughout the film. The threat of a compromised First Amendment isn’t as outwardly menacing as a shark or a dinosaur, but is much more weighty and disturbing. Spielberg knows this and uses it to his advantage, ensuring that the material avoids becoming dry or boring.

Although the audience already knows that Graham and Bradlee are successful and that The Washington Post becomes a world-recognized publication, the viewers are kept on the edge of their seat. The cliffhanger ending is smart, exciting and amusing, rounding out the film and reinforcing the overall message of the importance of the freedom of the press.

Spielberg, Streep and Hanks are some of the leading figures in Hollywood, and for good reason. In particular, Spielberg has shown his dedication to confronting uncomfortable truths with films such as The Color Purple, Schindler’s List, and Lincoln.

Today in America, we are witnessing attempts to silence the press and individual journalists who openly criticize the President and his administration. The Post, although by no means Spielberg’s showiest film, is a fitting tribute to past victories of the press and a reminder of the importance of the protection of our Constitutional rights.