Wake Forest Falls to No. 2 Virginia, Prepares for No. 4 Duke 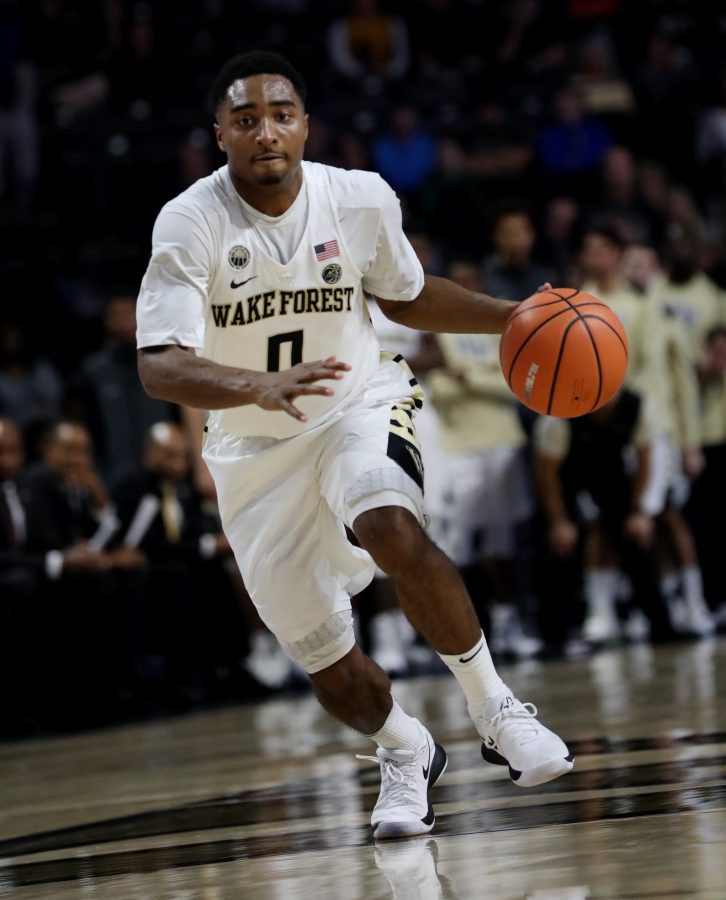 These were the words of Virginia’s Tony Bennett, head coach of the No. 2 Cavaliers after his team made a second half run to pull away from Wake Forest 59-49.

Wake Forest led 24-22 at halftime, shooting a respectable 44 percent against Virginia’s slow-tempo offense. The Deacons were able to force Virginia into six first half turnovers and prevented the Cavaliers from reaching the free throw line.

In the second half, however, the team failed to recover when back-to-back Virginia 3-pointers extended the Cavalier lead to seven with just over six minutes to play. Sophomore Brandon Childress explained after the game that this was the turning point, saying a seven-point deficit to a team like Virginia is comparable to a 12 point deficit to a team like Duke or North Carolina.

Because Virginia likes to use the full 30 seconds on the shot clock, it can be hard to recover after falling behind, especially late in the game.

Wake Forest is close, however. The Deacons, despite losing five straight, have improved since ACC play began in Chapel Hill earlier this month.

In the past two games the Deacons have done a better job being aggressive and getting back to the free throw line. Rebounding has also been impressive, as the Deacons have out-rebounded their opponent in ACC play more times than not.

According to Brandon Childress a checklist of things need to happen as the Deacs take on Duke tonight at the Joel.

In order for Wake Forest to pull off the upset over the No. 4 team in the country Childress says the team will need to “minimize turnovers, lock down defensively [and] pay attention to the scouting report.”

The Deacs will tip off against Duke at 9:00 p.m., looking for their first win against a team ranked in the top five since 2014.