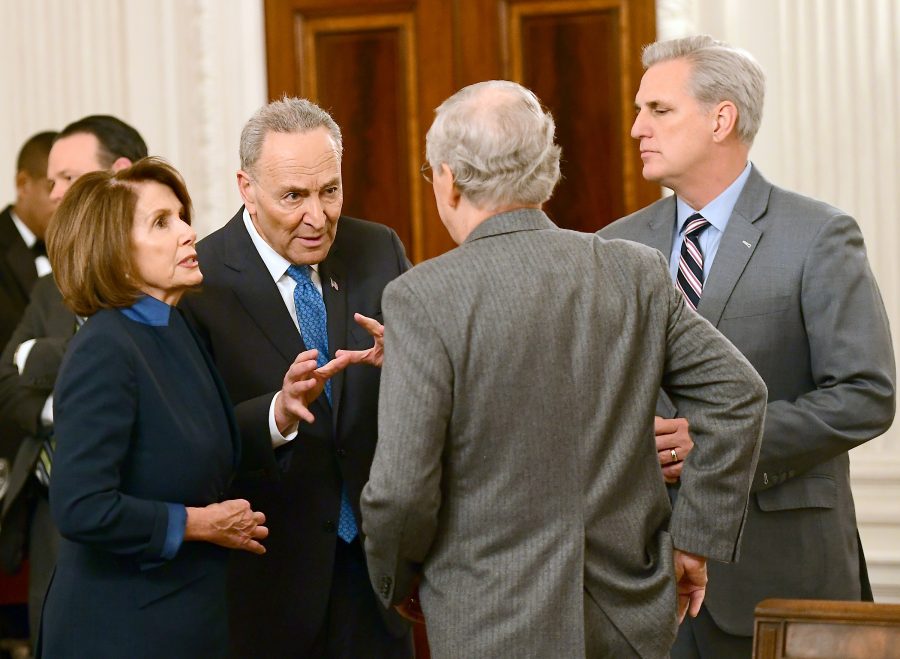 Leading up to the shutdown, negotiations between Democrats and Republicans and coordination between the White House and Congress were complicated by the president’s shifting positions on immigration policy. Minority leader Chuck Schumer (D-NY) met with Trump to discuss outstanding contentious issues before the shutdown vote on Jan. 19, during which Schumer placed funding of a border wall on the negotiating table in exchange for the president agreeing to an immigration measure that would protect the young immigrants known as Dreamers.

However, according to Schumer, the President backed away several hours later from that tentative agreement. The president’s Chief of Staff John Kelly, a hard-liner on immigration, opposed any moderation of immigration policy by the White House and presented Schumer with a list of objections that unraveled the plan to keep the government open.

“I reluctantly put the border wall on the table for discussion — even that was not enough to entice the president to finish the deal,” Schumer said later on the Senate floor. “What has transpired since that meeting in the Oval Office is indicative of the entire tumultuous and chaotic process Republicans have engaged in in the negotiations thus far. Even though President Trump seemed to like an outline of a deal in the room, he did not press his party in Congress to accept it.”

Although the weekend involved partisan finger-pointing in which Democrats blamed the “Trump Shutdown” and Republicans blamed the “Schumer Shutdown,” the vote that reopened the government was the result of bipartisan work from a group that grew to include more than 25 senators to forge a compromise.

The resolution came when 33 Senate Democrats agreed to join all Republicans but two in voting yes in exchange for McConnell’s promise that he would open the floor to debates and votes concerning the fate of Dreamers in the coming weeks.

Dreamers are beneficiaries of the Deferred Action for Childhood Arrivals (DACA) program, which Trump rescinded in Sept. 2017. He set a March 5 deadline for Congress to act on DACA, which 80 percent of Americans broadly support.

However, Democrats have no mechanism to hold McConnell to his stated intention, nor can they count on the House of Representatives to take up legislation passed by the Senate. This reason, combined with the quickly approaching DACA deadline, meant that many activists were infuriated by what they interpreted as Democrats’ strategic retreat.

“The Democrats messed up tremendously,” said freshman Andrés Azuara, who is active in Wake Forest’s chapter of Young Democratic Socialists of America. “DACA was the perfect bargaining chip. It only took three days for them to cave in to the Republicans’ empty pressure, which is reflective of their moral standing. It’s unfortunate for the thousands of Dreamers that are now left not knowing what their future entails.”

There are a number of DACA students on Wake Forest’s campus. Along with allies in the Social Justice Incubator’s student group UndocuDeacs, they will be anxiously awaiting the outcome of McConnell’s pledge.