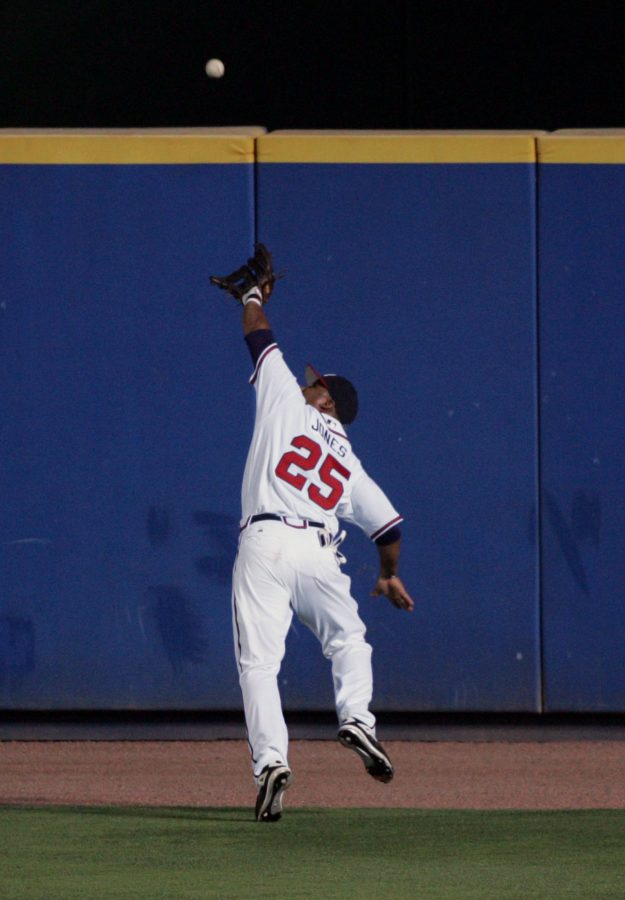 The 1996 World Series pitted the two most dominant teams of the 90’s — the Atlanta Braves and the New York Yankees — against one another. Each club featured its share of future Hall of Famers, but it was not Yankees legend Wade Boggs or Braves ace Greg Maddux who stole the spotlight in Game 1 at Yankee Stadium.

Instead, it was a 19-year-old rookie from the small Caribbean island of Curacao who hit two home runs in his first apperance on baseball’s biggest stage, leaving an indelible mark on the league. This hotshot Braves rookie was Andruw Jones.

This rookie’s escapades did not end on that October night, and he eventually built quite the memorable career for himself.

Jones’ career is best characterized by the moments like the night at Yankee Stadium that introduced him to the world — moments that made people stop and say, “Wow.”

The MLB’s Hall of Fame voting comes to a close this week, and there will be numerous players who fall short of the necessary number of votes, but none of these snubs will be as egregious as the snub that could soon befall Andruw Jones.

Jones played 17 MLB seasons, primarily with the Atlanta Braves, and he amassed impressive numbers in several of the major statistical categories. Specifically, his home run total of 434 stands out.

Despite his accolades, Jones is in danger of receiving less than the necessary five percent of votes that candidates require to remain on the Hall of Fame ballot in future years.

There are several reasons for the BBWAA’s issue with Jones’ candidacy. Jones may have achieved remarkable success during the first decade of his career, but towards the end of his career, he performed terribly.

Though the slump at the plate that he suffered through at the end of his career may appear unforgiveable, Jones’ prowess at the plate was never what defined him as a player; it was the way he played center field that made him a once-in-a-generation player.

Across his 17-year career, Jones accumulated 67.2 fWAR. His numbers at the plate were very good, but they fall short of explaining how he was worth such a high fWAR total. Larry Walker, who is also on this year’s ballot, accumulated 68.7 fWAR, a number similar to Jones’, but his career slash line of .313/.400/.565 dwarfs Jones’ line of .254/.337/.486. These numbers point to the fact that Andruw Jones’ prolific play in center field provided as much value to his team as an elite hitter would.

Jones was known for the freakishly good reads he made on fly balls, which allowed him to play a very shallow center field while rarely letting balls over his head.

Willie Mays, who is widely considered the best defensive center fielder of all time, finished his career with 176 Total Zone Runs — a statistic that measures how much more valuable a player was than the league average. Andruw Jones finished with 220 — more than any center fielder in history.

The twilight of Jones’ career seems to have left a bad taste in the mouths of baseball pundits, as they remember the slower, less physically imposing version of Andruw Jones more than they remember the athletic freak that he was in his earlier years.

Perhaps the BBWAA does not have the same appreciation for defense that many fans have, as the statistics measuring defense are newer and less reliable.

The numbers do not lie, however, and Andruw Jones may not be a Hall of Famer, but he played like one for a long time.