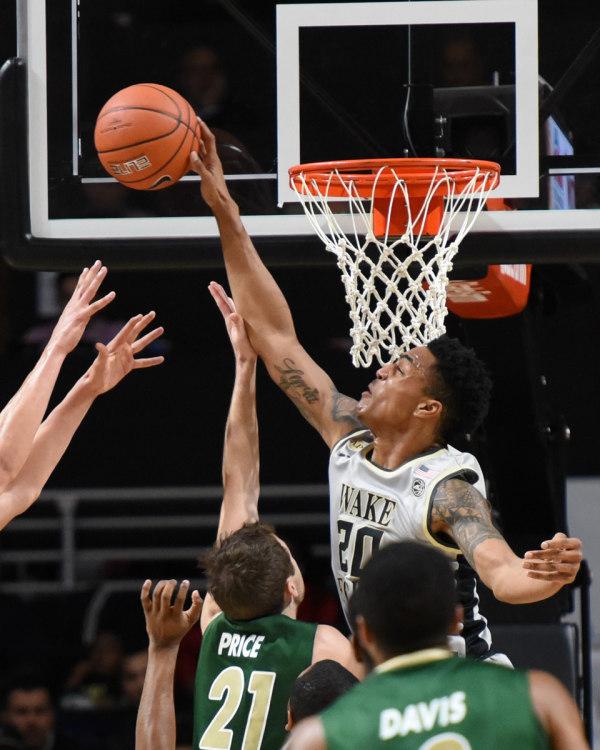 Last season, seemingly out of nowhere, forward John Collins had the kind of breakout season that most sophomores only dream of. Finishing runner- up in ACC Player of the Year rankings, Collins averaged 19.2 points, 9.8 rebounds and 1.6 blocks on 62 percent shooting from the field and 74.5 percent from the line.

Collins’ per 40 numbers were even more impressive, averaging an astounding 28.8 points, 14.8 rebounds and 2.4 blocks. Collins parlayed this success into quite a bit of hype going into the draft, projecting well as an athletic power forward who could jump out of the building.

Despite a successful combine and interviews, Collins slipped a bit to the 19th-overall selection taken by the Atlanta Hawks.

A member of a team in full-on rebuilding mode, Collins has been getting some solid run and has begun o show his talent.

However, Collins has still been slightly underutilized (he’s only started four games and has been averaging less than 25 minutes per game) and his stats on the surface don’t appear to be all that special —  a solid 10.5 points and 6.9 rebounds per game.  However, diving a little deeper is where we begin to see the potential that Collins has.

Collins’ per 36 numbers is where he begins to shine.  Averaging 17.1 points, 11 rebounds, a steal and two blocks per 36, Collins surpasses some of his most hyped rookie peers.

Jayson Tatum of the Boston Celtics is behind him in every offensive and defensive statistical counting stat in the per 36 numbers. Collins rests just behind Utah’s Donovan Mitchell, who is experiencing a breakout campaign.

Collins is already shooting 59 percent from the field, an absurd number for a rookie and, despite having never shot threes before this season, holds a more-than-respectable 37 percent since he is taking them in January.

Collins’ advanced numbers also tell a similar story. His BPM of 2.1 (box score plus minus, a new measure of a players’ contributions on the floor beyond just +/-), once again outpaces top rookies Jayson Tatum (1.4), Donovan Mitchell (0.7), Kyle Kuzma (-0.9) and sits just behind rookie leader Ben Simmons (3.2).

Collins’ usage rate of 19.2 percent (a measure of the percentage of the possessions that the player is used by the team while on the floor) is also at or below almost all of his peers.  For comparison, Mitchell leads the pack with a usage rate of 28.2 percent and Simmons and Kuzma are close behind at 23.2 percent and and 22.3 percent, respectively.

Collins is not only keeping up with his peers, but he is doing just as much, if not more, with less opportunity to contribute to his team, both in terms of minutes played and in the amount of time the ball is in his hands.

Giving more opportunities. Collins within the Hawks offense will not only benefit the former Demon Deacon star but also the Atlanta Hawks in general.  The more minutes that come Collins’ way, the more likely he will reach his full potential and hopefully turn into a genuine NBA star.