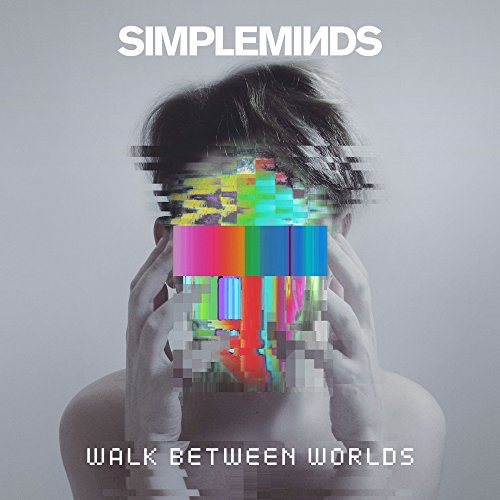 Scottish band Simple Minds — bestter known as the performers of The Breakfast Club theme song “Don’t You (Forget About Me)” — have just released their 18th studio album titled Walk Between Worlds, and one of its most impressive features is just how hard it is to walk away from listening to it. Like starting a new novel by an artist you like and finishing it in that very same night, you might find it hard to put this album down if you are a fan of Simple Minds’ synth-heavy, alternative rock.

If I’m honest, I started listening to this album because of the intrigue that comes from a band as old as Simple Minds releasing a new album. I wondered if they were launching something to begin touring again after a long hiatus, but what I found instead is that this classic band from the 70’s and 80’s really does have a knack for making music.

Jim Kerr, lead singer of the band and one of its original members, continues to write sophisticated lyrics with an audacious edge, insisting that the band is not just a group of old-timers trying to relive their glory days. Rather, from the the album’s first song “Magic,” you can follow the story of innocence turning into experience, a thought-provoking theme that invites reflection about the place of a band such as Simple Minds in today’s music market. The lyrics on this track seem quite self-aware, perhaps acknowledging the band’s necessity for something big to remain “alive and kicking.” As Kerr sings, “Was in a zoo/Without a single clue/Now it’s all coming together/And it breaks like a storm/This is our kind of weather,” you get the sense the band is summoning the power to continue to innovate. I really commend Kerr and the band for producing the stunning lyrics that run throughout the album.

But as much as I like the lyrics, the thing that makes the album so hard for me to put away is the airy synth chords overtop of fast-paced electronic drum beat. “Utopia” is one track that really pulls the two concepts together nicely. Dreamy rolling drum beats combined with heavily distorted guitar and Kerr’s vocals harmonizing with the synth make this a pretty spectacular track. In the writing of the song, Simple Minds do a good job of mixing different tempos into the song. This style reminds me of some of the instrumentation of new electronic music with a less aggressive use of synth and lyrics, allowing the listener to get lost in the atmosphere that the song creates. Simple Minds really got it right on this track.

My favorite song from the Walk Between Worlds album, however, is one of its final tracks, “Sense of Discovery.” It combines the thoughtful lyrics and interesting instrumentation from previous tracks in a great ratio. “Sense of Discovery” begins with light and dreamy synth with harmonizing keyboard played overtop. A squeal of guitar and a powerful drum beat kicks the song out of its sleepy intro and into the croning voice of Kerr, singing “Belief is no illusion but you must go on” in a rolling chorus. I feel that the song is inspired by a message that the band badly wants to get across in their work. Although the “ray of light was faltering,” as the song goes, there is still belief that helps the band and those that listen to them press on. Even though Simple Minds already have a legacy of famous music, their belief in their craft inspires them to continue to innovate.