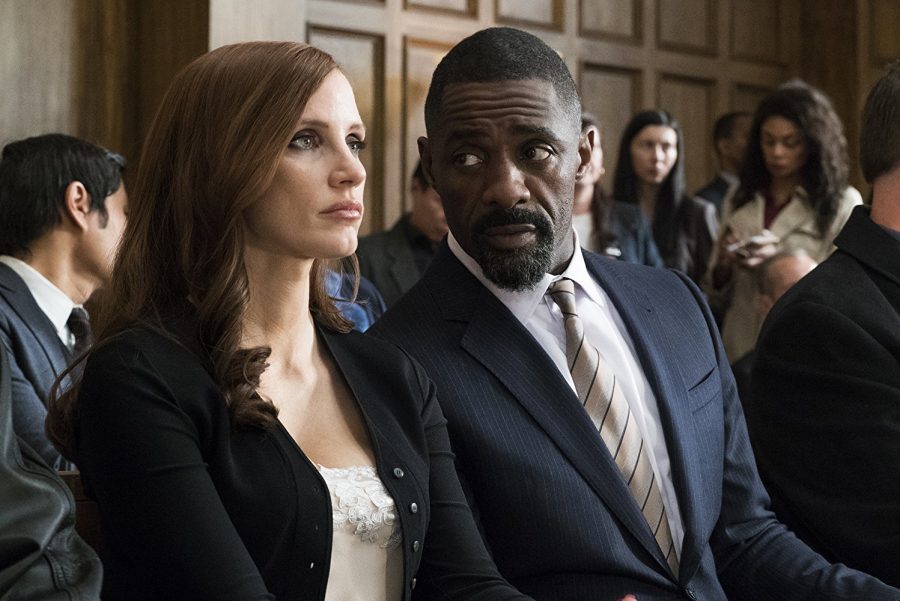 Aaron Sorkin has long been a consummate screenwriter. His work on The West Wing made what could have been exercise in crushing boredom a sharp, enjoyable journey through American government. Having also written screenplays for The Social Network, Moneyball and Steve Jobs, Sorkin foments fabulous intelligence on the screen. He is a coveted screenwriter, and for good reason.

Molly’s Game, a film about the moral morasses of the underground gambling industry, is Sorkin’s directorial debut. The film centers around Molly Bloom (Jessica Chastain), a former Olympic athlete who forgoes law school when she lands a unique money-making opportunity while working as an assistant to an LA businessman (Jeremy Strong). Bloom moderates and curates her boss’ weekly poker games, where buy-ins start around $10,000. The money comes from the bottomless pockets of bankers, musicians and movie stars, who at the end of each game tip Molly in chips or bills worth hundreds. But Molly learns that she can toe the line of legal gambling without her governing boss, and begins to carve her own coffer into the world of underground wealth by starting her own game disparate from the one at the Cobra Lounge. Soon, Molly unwittingly lets some shady figures at her table and loses control of her tightly-wound operation. She tries, with much difficulty, to loose herself from her troubles. As we flash back-and-forth between past and present, Molly narrates her story to the audience and to her lawyer (Idris Alba), the main “concern” of the film being the present legal predicament that has come to bare. The U.S. government has seized Molly’s assets, and is proceeding to press charges due to Molly’s assumed association with Russian mobsters spurred by the criminal identities Molly exposes in her newly published novel about her trade.

For all the film’s popular subject matter (it might as well be Ocean’s Eleven, or Rounders, or Casino), it sustains to a lesser degree the originality and verve those three films found. Based on a true story, Molly’s Game sometimes reads like a pulpy, ghost-written bio-pic. The film succeeds at entertaining, but the writing and scene conceptions have periods where the bottom drops out; a particularly painful thing to witness with a great actor like Chastain at the helm, mouthing what she likely knows sound ignominious. It is Chastain, however, who carries the film with her relentless performance, injecting Ms. Bloom with vast passion. But the film’s commercial dialogue is blatant at times, cheaply comedic, with an eye at box office provisions. It’s sad, although vaguely understandable, if Sorkin wants funding for his next feature.

But I am not simply throwing out the film because of its commercial feint. When Molly’s Game was released, it was concomitant with the release of Mark Wahlberg’s new film, All the Money In the World, directed by Ridley Scott and home to a host of stars — Christopher Plummer, Michelle Williams and Timothy Hutton. But having seen the trailers for both films (which, agreed, is sometimes a misleading metric by which to judge a film), they both looked to be operating firmly within the tawdry machine of a big studio film, where the McGuffin is plot itself, and like many blockbusters, was made to be such. They seemed to be entertaining films with obvious flaws, or rather, artistic forfeiture. Richard Brody called the films “two mediocrities.” All the Money in the World is indeed a mediocrity. Molly’s Game is fun enough to where its own self-aware, compromised logic pulls it from mediocre to transparently average. The film is serviceable in that it quenches a Christmas-time outing to the movies. It succeeds in entertaining the cold-weather movie fans, which is not something to be completely dismissed. If one purpose of film is simply to engage the viewer, then Molly’s Game is not desultory.

I found the film still to be a bit too easy. I was watching, but I wasn’t thinking. I was passively seeing, as opposed to actively absorbing, what was supposed to be high-octane film-making. There was a certain stench of compromise from Sorkin, whose previous work I find luminous and thought-provoking. Molly’s Game was a step down from that, deigning into the realm of commercial film, and even deeper into the realm of directorial tepidness. I could point to scenes, moments, that disappoint, but that is ineffective. To grasp my larger point is to watch the film and collapse those disparate moments into a gestalt that ostensibly sags.

There is a certain aspect to Sorkin’s film that situates it securely in the world of kitsch. Clement Greenberg, perhaps the most important art historian of the twentieth century, distinguished between what was “avant-garde,” and what was “kitsch.” The kitsch “pre-digests art for the spectator and spares him effort, provides him with a short cut to the pleasure of art that detours what is necessarily difficult in genuine art,” whereas the avant-garde causes the spectator to reflect, to come to something “at a second remove, as a result of reflection upon the immediate impression left by the plastic values.” This, I think, can be loosely fitted to Molly’s Game. The film has aspects to it that make for pause, that question motive and that pose moral valuations that aren’t clear; this all makes for “genuine art.” But the vast majority of the film “pre-digests” its content for us, and acts ultimately as thing of espousal. It shows us the world’s indifference to the individual, and decidedly presents a way out of it. It is not difficult, it requires no reflective or non-intuitive leap. Just because a film is biographical does not mean it cannot contain an artistic bent (see: My Left Foot; I, Tonya). This is why the film remains, for me, only average.

That said, the privilege of art, and film, is that it usually does not elicit one interpretation. The method of determining artistic acclaim does not have a set of rules, much how the “literary canon” is a fictitious and fluid construction. To me, we cannot acclaim Molly’s Game to be great art. Whether or not that is the point is a different discussion. Perhaps that is not the point. There is a method, and possibly merit, in seeing the film as a mildly provocative and passionate piece based on a “true story.” We can see Molly’s Game as nothing other than a sort of hedonistic (and I don’t mean this negatively) masterpiece. But for critical moviegoers, I think they will find most of Sorkin’s film dives too deep into our well of desire and eventually leaves it dry.