HOW TO: Creative Pit Creations 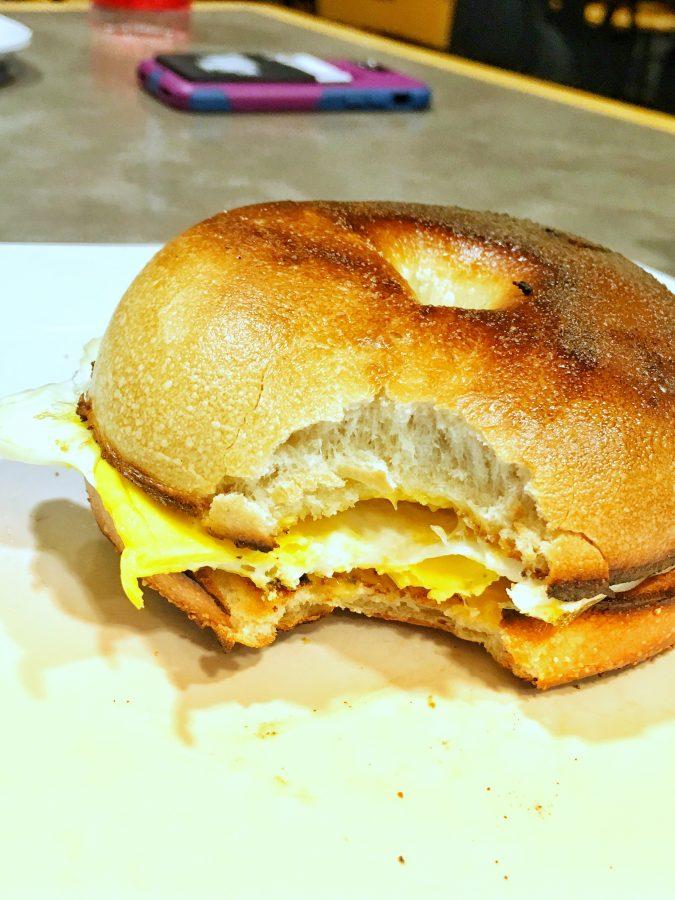 About halfway through the semester, Wake Forest begins to feel very small due to the lack of food options accross campus. Many students get into a routine of going to the Pit, so here are some hacks to spice up the meals.

Making a quesadilla can be as simple as a one-stop shop at the sandwich station. Here’s how to:

1) At the sandwich station, ask for the tortilla of your choice. I personally recommend a normal flour tortilla or a whole wheat.

2) Ask for several slices of the cheese of your choice — no spread, no meat, no vegetables. I find that cheddar cheese tastes the best.

3) Fold the tortilla in half.

4) Place the folded tortilla on the panini press and press until the cheese reaches your desires melted-ness.

There’s many easy ways to mix-up this simple hack. Sometimes, I get a whole wheat tortilla and ask for Swiss cheese. And then, before panini-ing it, I drizzle some honey on the inside of the tortilla for a sweeter flavor. If I want it to be a hearty entrée, I head to the grill station first and get a piece of chicken. I cut that up into tiny pieces and make the quesadilla normally, usually adding tomatoes. But before panini-pressing it, I add the chicken in evenly. For more add-ins, visit the salad bar or the egg station for their salsa. A perfect meal for when you’re craving Moe’s, but are out of food dollars and Old Golds.

When I get homesick, I crave the foods that remind me of New Jersey: pizza, salt water taffy and a Taylor Ham sandwich. If I really want to try to emulate the elusive Taylor Ham sandwich, I would also ask for a few slices of ham for my sandwich and put some salt, pepper and ketchup on the sandwich as well.

Normally I refuse to eat any bagel, or pizza, for that matter, outside of the New York tri-state area, but sometimes my New Jersey food cravings take over and I need a quick fix. Everyone misses foods they can’t get at school, but we have to satisfy our needs somehow.

1) Get in line for the egg station. Order a plain fried egg. I like my eggs over-easy so that the yolk spills out, but it’s up to the eater’s discretion.

2) While you’re waiting for your fried egg, select a bagel from the toasting station. I prefer an everything bagel, but any bagel (except blueberry or raisin) will work.

3) Put the bagel in the toaster. Then head next door and get two slices of cheese from the sandwich station.

4) Once your bagel is toasted to your taste, put a slice of cheese on each bagel half.

5) Go back to the egg station and retrieve your fried egg(s). Place on one bagel half and put the other bagel half on top.

This is probably one of the more complicated hacks, but it is the most rewarding:

1) Start at the toasting station and place a piece (or pieces) of white bread into the toaster.

2) While your bread is toasting, head over to where the coffee and tea are and grab one granulated sugar packet (the white one) per piece of bread you have.

3) Back at the toaster station, butter your piece of bread. Then, carefully and evenly distribute the sugar on your buttered toast.

4) Head over to the middle of the salad bar where the spices and dressings are. Carefully sprinkle desired amount of cinnamon onto your toast.

This is something to try when regular toast is so passé.There’s nothing more satisfying than a good piece of cinnamon toast at the end of a meal (or as the meal).

However, it should be noted that this is not the best way to make cinnamon toast. Ideally, the Pit would have a toaster oven where we could toast a piece of bread, already buttered and sprinkled with sugar and cinnamon, so that the sugars make a crunchy layer on top while the butter makes the bread soft. But, as all college students, we learn to love what we have.