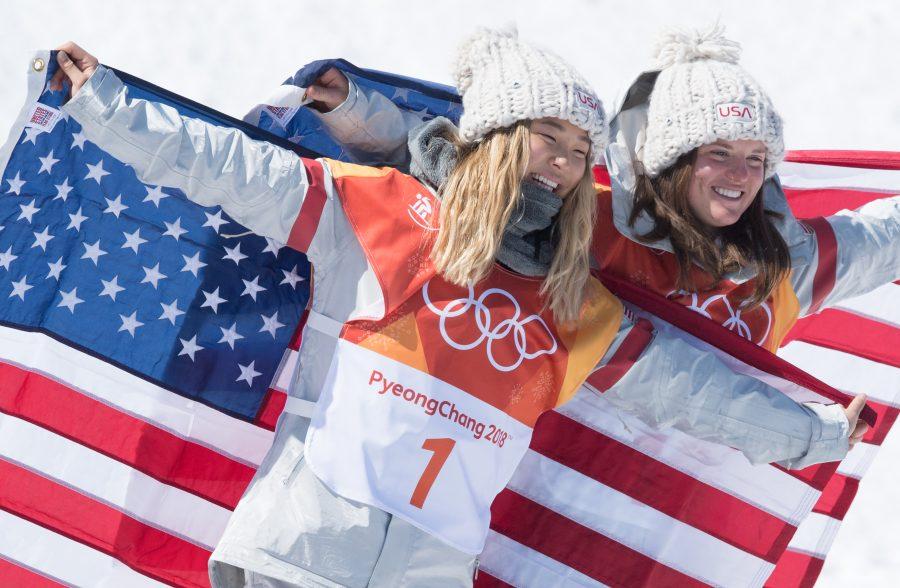 This year’s Winter Olympic games in PyeongChang, South Korea has been a testament to strong global talent in some of the most niche sports in the world — and the world has been watching. Covering the games via traditional primetime coverage and a digital streaming platform, NBC is working to reach several audiences for this year’s event. According to the CynopsisSports online newsletter, NBCSports Digital has broken records with 445 million live streaming minutes from the start of the game through Monday’s events.

A little under halfway through the Games, Germany emerges No.1 in the 2018 medal count with 12 total. Tied for second place are The Netherlands and Norway with 11 medals each. Canada is close behind with ten medals to take fourth place and the U.S. is tied with Japan for fifth place following seven full days of Olympic events in PyeongChang, South Korea. Although the U.S. is fifth overall, Team USA has the third most gold medals in the games so far and each recipient has his or her own unique and touching story.

American Winter Olympic  superstar Shaun White returned in 2018, and he had a record-breaking morning in PyeongChang on Tuesday.

Not only did he win his third personal gold medal  in the Men’s Snowboard Halfpipe event, but the 31-year-old secured the 100th gold medal overall for the U.S. in the Winter Olympics.

Further accolades include being the first olympian to win three times in a snowboarding event and the first American to win the same event at three separate Winter Olympics.

Before the olympic final, White tweeted, “Couldn’t be happier to qualify first today! Tomorrow is the moment I’ve been looking forward to for 4 years.”

Competing against 19-year-old Ayumu Hirano and 23-year-old Scotty James, White proved he still had the necessary tricks to outdo the international competition with a score of 97.75 from the judges.  Coming in close behind, Hirano finished with a score of 95.25 and James concluded the day with a score of 92 points.

The 17-year-old snowboarding standout was too young to qualify for the 2014 Sochi Games, but made major waves in her Olympic debut in her first-round score of 93.75 and final-run score of 98.25 to edge out teammate Arielle Gold, who earned the bronze.

Though she was born in California, what makes the story extra special is the fact that her parents immigrated from South Korea to the U.S. and much of her family still lives in Seoul. Last month, Kim won her fourth X Games championship title in Vail, CO and is quickly establishing herself as a top notch competitor in the Women’s Halfpipe Snowboard event, and it seems as though her momentum will continue for many other Olympic Games to come.

Chloe Kim was not the only American 17-year-old to achieve success in PyeongChang.

Red Gerard from Silverthorne, CO secured the gold medal in Men’s Slopestyle, becoming the youngest person ever to win a snowboarding event and the first member of Team USA to get the gold.

The morning of his event, Gerard overslept and struggled to find all of his gear, but was eventually able to stay calm and collected to finish on top. Early on in the competition, Gerard struggled and occupied some of the bottom spots in the competition after he could not land. Gerard finished with a score of 87.16 to edge out his main competition, Canadian Max Parrot.

Bad weather did not help the reigning 2014 Olympic Gold Medalist, Jamie Anderson, in the Women’s Slopestyle event on Monday. After watching several of her competitors not land any tricks or complete runs due to the high stream of winds, Anderson was able to focus and channel her mental game to land and win the gold. In an interview with ESPN, Anderson said, “I felt strong wind as soon as I dropped in, but I knew I had to go with it. It’s not always going to be perfect.” A true testament to her experience in the sport, Anderson outsmarted the competition.