An Unpredictable Week of Upsets and Shifts for the ACC 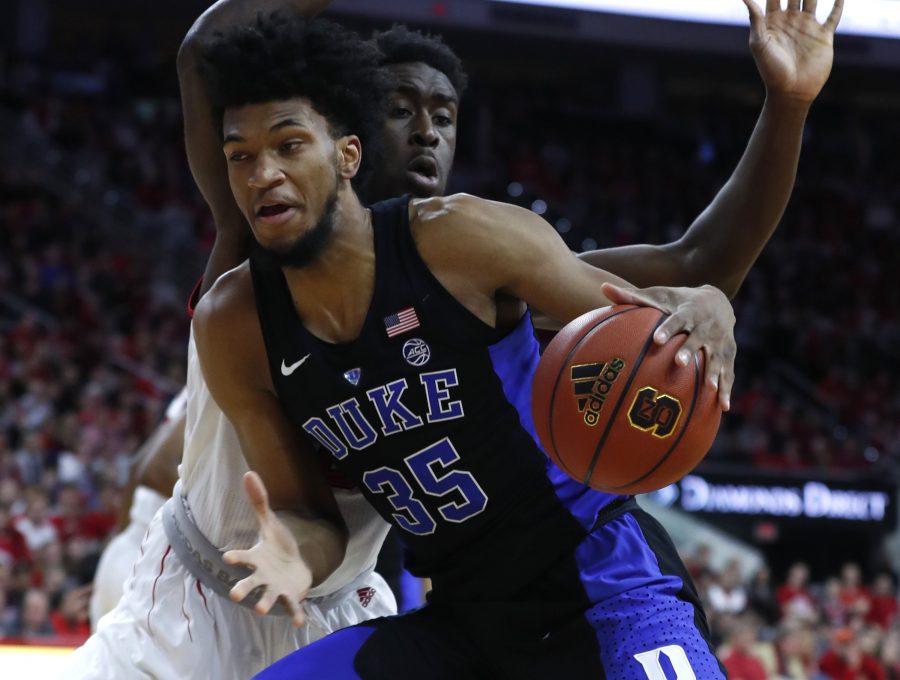 The recurring inconsistency among the AP Top 25 NCAA Men’s Basketball rankings this season was illuminated more in the happenings of this past weekend, particularly in how Virginia Tech upset in-state rival University of Virginia in overtime 61-60 and fans proceeded to watch the Cavaliers climb in the rankings to No. 1 as the Hokies remained unranked.

Although likely the most significant, this was not the only upset of the past couple days, as No. 14 UNC defeated in-state rival No. 12 Duke. UNC’s 82-78 win on Thursday night brought a flood of people and sea of Carolina blue to Franklin Street, advancing what is now the Heel’s four-game winning streak.

This streak, initiated by a win over Pittsburgh, gained fuel from the Heel’s 96-89 defeat of NC State on Saturday, and continued with their 83-66 win over Notre Dame on Monday, advancing the team to an overall record of 20-7. The Blue Devils have since exhibited rebound from their tough loss on Thursday night, taking down Georgia Tech on Sunday with a score of 80-69. Georgia Tech, currently on a three-game losing streak, comes to Winston-Salem on Wednesday night to face the Demon Deacons at home in the Joel Coliseum. The Deacons, who are also on a three-game losing streak, suffered a tough 78-70 loss to Syracuse this Sunday, Feb. 11. This bumped Wake Forest down to an overall record of 9-16 and increased the Orange to 17-8. Syracuse looks ahead to NC State and Miami next week to advance their two-game winning streak. The University of Miami, who just lost a 72-70 nail-biter to Boston College, is looking to increase their record to 19-6 as they prepare to face the Virginia Cavaliers Tuesday, Feb. 13.

The Clemson Tigers had a significant win on Thursday of last week, beating Pittsburgh with a score of 72-48 on Thursday. Following their loss to the Tigers, the Panthers played the Louisville Cardinals on Sunday, and lost 94-60. The Pittsburgh Panthers are currently on a thirteen-game losing streak, and are ranked last in the ACC, right beneath Wake Forest.

On the contrary, the Cardinals will use this blowout to propel them into a busy week ahead — facing both UNC and Duke within the next week. Stealing talk of ACC basketball, the Tigers prepare to face Florida State and Duke in the coming week, a chance to build on their four-game winning streak and advance their 20-4 overall record.

Currently ranked second in the ACC and 11th in the AP Top 25, the Tigers had not been ranked since the 2009-2010 season, and last made the NCAA tournament during the 2010-2011 season. The ACC now holds four of the top 25 spots in NCAA standings, as opposed to the preseason rankings where the ACC held five of the top 25 spots, ironically none of which belonged to the University of Virginia.

Beginning March 15 following Selection Sunday on March 1, the year’s NCAA Men’s Basketball Tournament is bound to be one of the most unpredictable and surprising yet. Early bracketology predictions for the 2018 tournament, found on espn.com, suspect the ACC will receive four teams in top-five seeds — Virginia, Duke, UNC and Clemson.

However, in anticipation for March 11, the only thing that is certain is that these next few weeks awaiting the looming decisions of Selection Sunday will bring many uncertain outcomes.