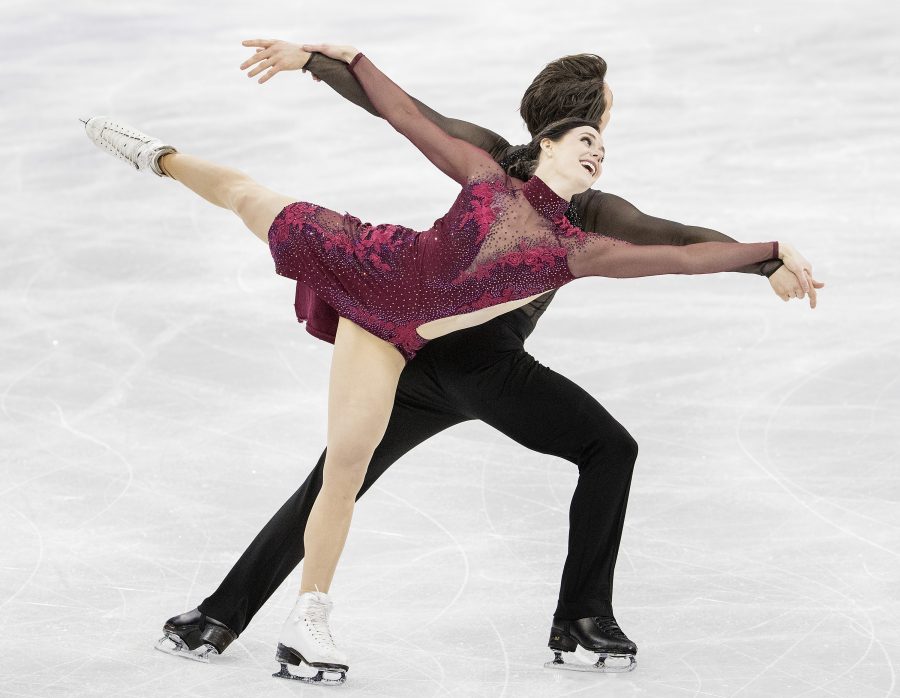 As a former member of Team USA figure skating, every four years when the Winter Olympics come on I am reminded of my passion and love for the sport. While I competed in synchronized skating and singles, I still love to watch and learn more about different types of skating. As all of the events are finished except for the Ladies Free Skate, here are some of my takeaways and predictions for the rest of figure skating in the Olympics.

The most exciting part about this year’s team competition was Mirai Nagasu completing her long program and becoming only the third woman to ever land it and the first American woman to land a triple axel in competition. Overall, Team USA took the bronze in the team event, with Canada winning and Olympic Athletes from Russia close behind.

Pairs skating was the next event following the team competition. For those that don’t know much about figure skating, it may be hard to distinguish between pairs and ice dancing, as both are programs competed by a male and female team. Pairs skating is less restricted than ice dance, as skaters have to do sustained lifts above the head, jumps and throws — nothing that would ever be seen in an ice dancing routine. Aliona Savchenko and Bruno Massot of Germany took the gold in the pairs competition this year, as well as breaking a record of 159.31 points for a graceful, confident routine; China and Canada took silver and bronze respectively.

Men were next to compete, with Team Japan being the dominant presence going into the event. Yuzuru Hanyu, the Japanese skater who won the gold in Sochi, blew away the competition with a combined score — meaning the sum of scores from the short and long programs — of 317.85, more than 10 points ahead of his competitors.

Nathan Chen from the U.S. had an underwhelming performance in men’s singles, as he fell and touched down on his jumps in his short program, taking him out of the running for a medal.

Landing six quad jumps in his long competition and skating with more confidence and rigor, he was able to move himself up to fifth place.

Ice dance, the more graceful and technically-focused of the disciplines, brought more new records and exciting programs to the competition.

The best part about the ice dance competition was debatably Tessa Virtue and Scott Moir of Canada’s short program. Dressed in all black, skating to a compilation of songs including “Hotel California” the pair brought grace, passion and unrivaled skill to the routine, ending in an all enveloping hug that began rumors of a romantic relationship between the two.

This record-breaking routine combined with their long program sent them to the gold. Only one point behind, the team from France unfortunately experienced a wardrobe malfunction during the short program, as Gabriella Papadakis’ dress opened in the front. American siblings Maia and Alex Shibutani had an impressive ranking for the pair, as they took the bronze after a 9th place finish in Sochi in 2014.

Sibling pairs are unusual in ice dance, but what they lack in physical chemistry they make up for in athleticism and competitive drive.

Perhaps the most highly anticipated and watched events of the Olympics as a whole, the ladies singles competition is expected to bring even more excitement and enthusiasm to the games. At the close of the short program — the more technically-focused, jump heavy of the two programs — Olympic Athletes from Russia are in first and second, with Canadian Kaetlyn Osmund close behind. Team USA’s Mirai Nagasu, Karen Chen and Bradie Tennell are in ninth, 10th and 11th, respectively. Evgenia Medvedeva of Russia broke the record for her short program score of 81.61, but was closely defeated when her teammate Alina Zagitova crept ahead to break the newly-set record with 82.92.

The final ranking of the ladies single competition is hard to determine as Medvedeva is stronger in the long program. Regardless, the two will most likely take gold and silver, all potential anomalies aside.

The bronze is hard to determine, but will be an exciting competition to watch as the third place winner could be from anyone in the top 10, given how close short program scores were. The free skate will take place on Thursday, Feb. 22 to close out the figure skating in the 2018 Olympic Games.