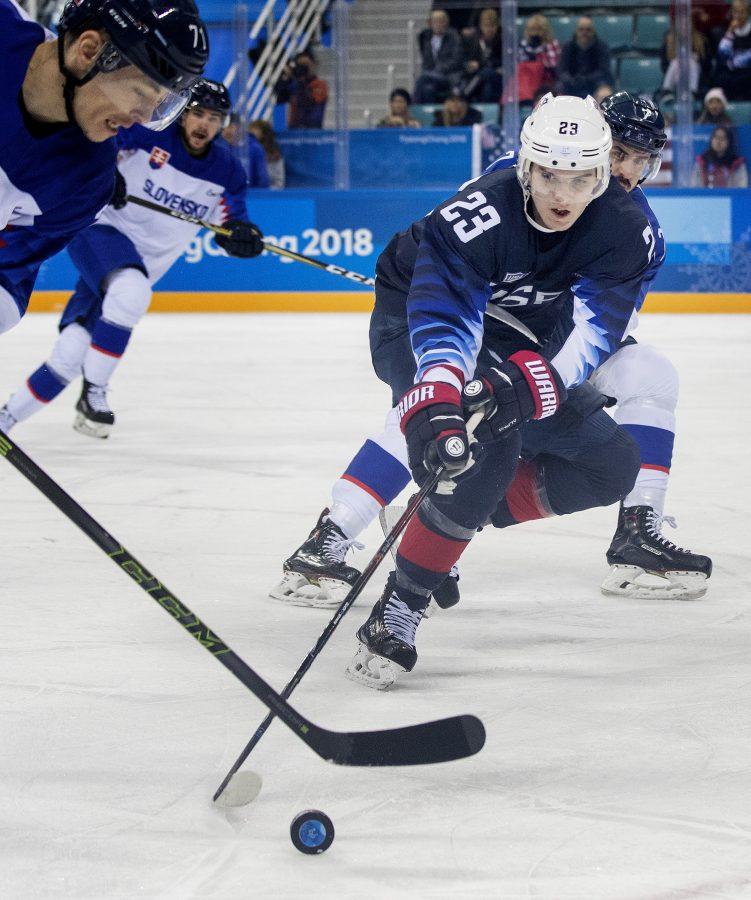 One week and four years ago, perhaps the most memorable olympic hockey moment for the U.S. occurred since the 1980 “Miracle on Ice” game against the Soviet Union. Twenty-seven-year-old T.J. Oshie converted four out of six shootout attempts en route to leading the U.S. to a victory over Russia.

While the Americans ended up without a medal in 2014, the Oshie shootout drew major interest in the game- setting a record for Olympic hockeys’ with 4.1 million viewers. Four years prior, the United States played an epic gold medal match against bitter rival Canada, scoring the equalizing goal with less than ten seconds left before ultimately losing in overtime and settling for the silver.

So why bring all this up?  The U.S. just crashed out of the olympics in the quarterfinals, losing to the Czech Republic in a shootout in which the team converted exactly zero of the five chances.  However, this loss is not an indictment on the state of American hockey. In fact, American hockey is doing great.  The U.S. just captured their fourth World Junior championship in 2017 and some of the top young players in the sport (such as Auston Matthews and Jack Eichel) are American. No, this is an indictment on the Olympics and the NHL owners.

For the first time since the 1994 olympics, NHL players will not be going to suit up for their countries in the Olympic games. Essentially all of the top hockey players for Team USA play in the NHL, and the lack of an agreement between the owners to allow the players to go to Pyeongchang meant the medal hopes for Team USA were basically hopeless from the start. With no NHLers, the Americans had to resort to a ragtag bunch including aged NHL veterans who were no longer able to compete with their younger counterparts (such as 39-year-old Brian Gionta) or fringe, but not elite, prospects such as perhaps the American’s best player Ryan Donato.

The lack of any elite talent on team USA not only led to their untimely exit from medal contention, but also stunts the growth of the sport of hockey as a whole. The viewership of the olympic hockey tournament was down in the “high 20 percentages or early 30 percentages” according to NBC sports chairman Mark Lazarus. Exposure for fringe sports in America such as soccer or hockey is key in world events such as the olympics or the world cup — It’s like hockey’s Super Bowl. How many young children do you think begged their parents to sign up for youth hockey after the “Miracle on Ice” or after T.J. Oshie’s goals?

The owners’ greed in the form of the reluctance to give up two weeks of the NHL schedule in between the end of football and the beginning of baseball hurts not only Team USA’s medal chances but also the ultimate future and growth of hockey in the U. S.