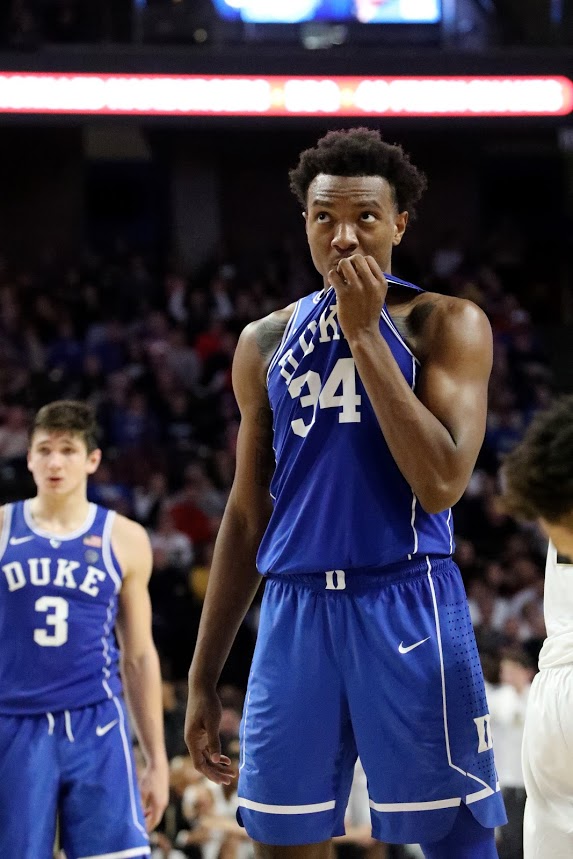 To backtrack, on Sep. 29, 2017, the U.S. Attorney’s Office for the Southern District of New York unleashed a bombshell report with findings from an FBI investigation uncovering massive amounts of corruption, bribery and wire fraud in NCAA basketball. Assistant coaches from USC (Southern California), Arizona, Oklahoma State and Auburn along with many non-coaches — Adidas employees, an agent, a money manager, a director of an Orland-based AAU club and the owner of a clothing manufacturer — were implicated in the September report. Additionally, the report exposed that University of Louisville was implicated i, indicating an agreement was made between Louisville coaches, Adidas executive James Gatto, an agent from the ASM Agency, Christian Dawkins, and the family of recruit Brian Bowen to pay Bowen’s family to ensure he attended Louisville and then signed with Adidas after leaving Louisville. While Bowen denied knowledge of the promise to pay him, he was suspended from Louisville, and head coach Rick Pitino and athletic director Tom Jurich were removed from their posts at Louisville.

Until now, nothing had come of it, but a lot changed last Friday, Feb. 23.

The documents suggested a number of current and former college basketball players from some of the NCAA’s most recognizable schools, including Duke’s Wendell Carter, Michigan State’s Myles Bridges, former Washington star Markelle Fultz and many others accepted impermissible benefits from Dawkins and ASM.

While a lot of this information seemed incriminating for all these players and schools, each case must be taken individually.

Later that same day, ESPN released a report that the FBI had a recording of a conversation between Dawkins and Arizona head coach Sean Miller.

This tape discussed arranging an one hundrad thousand dollar payment to then-recruit DeAndre Ayton, who is now Arizona’s star player and the likely first overall pick in the 2018 NBA Draft. This report, along with Yahoo’s report seemed destined to spell disaster for the futures of Miller and the Arizona basketball program as well

Instead, Ayton and others like Bridges and Carter played in their team’s games this weekend and Miller was not fired — although he did not coach in Arizona’s loss to Oregon even though he was not suspended. The average fan may ask why nothing has happened in the wake of these potentially groundbreaking reports.

There are a number of important things to take into account when looking into these reports. The information in these reports must be taken with a grain of salt.

These reports are part of an ongoing FBI investigation and were released through a third party, not by the FBI, so it is likely the people who released it had some sort of agenda in doing so.

Additionally, the report of the alleged wiretap of a conversation between Miller and Dawkins regarding paying Ayton had no direct quotes or transcription of the wiretap, so it is impossible to know how factual Mark Schlabach’s ESPN report was.

Further confusing the situation, Schlabach went on SportsCenter and said the conversation took place in Spring 2017, months after Ayton signed his letter of intent with Arizona.

As of now, there do not seem to be many concrete details of the situation, so it is important not to jump to large conclusions without the necessary facts.