How to Find your Place in an Office Setting 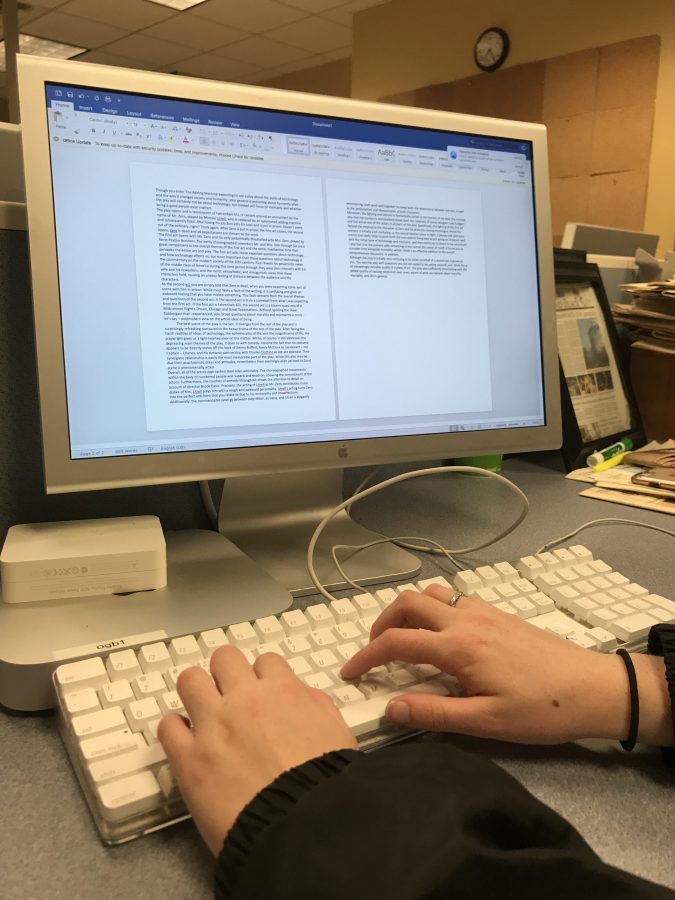 Working in an office is altogether odd for me. I assume because I am used to the daily process of going to class then going to Moe’s Southwest Grill and back to my room. But beyond the change of scheduling, the situation is something foreign to me. From 9 a.m. to 5 p.m., sitting at my desk, which I can thankfully shift to a standing desk, I e-mail, message and just work.

Now, this isn’t a bad thing — well, at least not for me. I like it a lot, I like just working and getting tasks done. I like the fact that the day is spent communicating and organizing, keeping the business a well-oiled machine so it can do its job. Maybe I would feel different if I wasn’t working at a non-profit dealing with an issue I care about. But, it all makes me thing about this idea of an office and work environment/community.

From an outsider it almost seems comical how cliche and typical offices are. They are small microcosm of a community that sees each other Monday through Friday, 9 a.m. to 5 p.m. Forty hours a week they work as units, but also as one cohesive being. Each with their own tasks all working towards a common goal. But its much more complex than that. It’s complex in the differences of ambition and the conflicting and harmonious relationships, but mostly so it’s complex in the fractions and hierarchy that exists.

Part of working in an office is understanding those differences of power, communication and more. Obviously, this applies to most jobs, but more so it seems to apply in an office environment. I say this because of proximity and the need for cooperation that many office jobs require. Because of the complex dynamics, it’s vital as a person and worker to understand and read the situations around you to act in the most optimal way. For me, I strive to give a respectful but also authentic version of myself. And while it can take time to adjust, it’s important to create an environment where you feel like yourself while also being professional.

Often, these norms in the office environment are based are social constructs or seemingly random rules set in place by an administrator. So, read your environment and choose how you want to be perceived and how you want to act. And while every office is different, it’s important to prepare and think before you move from the known world of college to the sixth floor of one of the many buildings in whatever city.

For me, being in the environment and finding my place has allowed me to not always worry about my words or actions. While I was worried how my boss perceived me for the first couple weeks, I have found that once I stopped worrying about it, I was getting more work done and felt better. While some might find the stress of being acceptable and finding community in an office or new job a push to do better work, I found that by just being nice, myself and a hard worker I have found a community.

Not everyone will have my experience, sometimes offices are full of shmucks or problematic and disrespectful people. Forming a community is a lot harder, this is assuming there are some parts of the office aren’t toxic.

With this, it’s vital to try and find a healthy work environment; because going into a new world is within itself a job, and finding a healthy office makes the transition all the better. But be prepared for a world of e-mails, meetings, new dynamics and super “fun” mandatory office socials.