A Predictable Evening at the Oscars 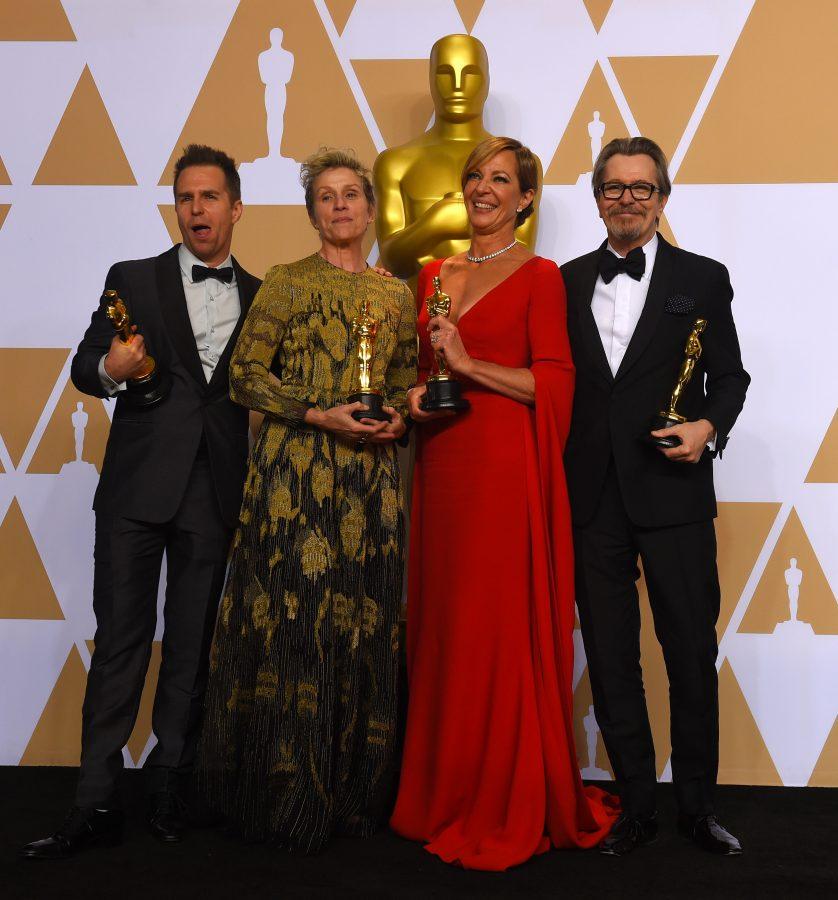 This year’s Oscars were more convention than revolution, as Owen Gleiberman expounds in his column in Variety. Although for Hollywood this was a year of scandalous revelation (and hopefully paradigm-shifting progress), the massive exposure of Harvey Weinstein and others did much to engender a mood of inclusion, but little to revolutionize actual Oscar winners.

But before all that, a quick word on the host, Jimmy Kimmel, who hosted the ceremony in a middling, inoffensive fashion (much as one would expect), and whose comedic style seemed to be a perfect match with the year’s fragile moral disposition Kimmel did a great job staying within the confines of cable comedy, but personally made me yearn for the distinctive crow of a Chris Rock, or recall fondly the insensitive, acerbic wit of a Don Rickles, who was shown respect during an in memoriam slide show of the year’s deceased legends.

Returning to the bulletin, it was easy to tell which films and performances would win Oscars. Usually — excepting last year’s Best Picture winner, Moonlight — the most bombastic theatrical performances (the most “showy,” as they say in the trade) win. Sometimes that matches up with individual preferences, most times it does not. I happened to believe La La Land was the best picture of 2017, and it was indeed the most showy, but it lost to Moonlight. Many considered Moonlight’s Best Picture nod to be a positive shift in Academy perspective, away from films who exhibited the Academy’s insular, artistic conservatism towards films who captured the zeitgeist.

But in 2016, Spotlight won Best Picture, which I would have placed behind Room, the film for which Brie Larson won Best Actress. In 2015, Birdman took home a polemic Best Picture, which, for myself and many critics, unjustly reigned over Boyhood, Richard Linklater’s trailblazing masterwork, and Whiplash, an indie tour-de-force. All this must be qualified, though, by the fact that I, and many others, knew films like Room and Whiplash probably wouldn’t win. This, I think, remained the case with this year’s Oscars. For The Shape of Water, a formidable film by a similarly formidable director, Guillermo Del Toro took home Best Picture, beating out the worldwide cultural phenomenon Get Out, the debut film by former YouTuber Jordan Peele. Del Toro’s film is a story about a mute woman and a sea-creature who fall in love with one another. It is a portrait of human empathy and love in a time bereft of decency. Does this sound like the type of allegorical, feel-good film that would win an Oscar? Perhaps. It is definitely the Academy’s projection of what they wish the world to look like. A searing horror-comedy about the black experience in America certainly captures more of the zeitgeist, but it is an ambivalent film that makes one squirm, not sing. Greta Gerwig’s humanistic portrait of a girl in the throes of adolescence in Lady Bird, as well as the intellectual, human connection between two gay men, in Call Me By Your Name, both are films with innumerable virtues. But there seemed to be only one film that critics thought would win, and that was Del Toro’s The Shape of Water. It’s an impressively old-guard film, with the elaborate trappings of a studio production and accessible allegory. That it won is no great surprise, although it is a bit of a letdown.

That said, to focus only on the Best Picture winner is a bit reductive of an award show that did produce winners of merit. Jordan Peele did win Best Original Screenplay for Get Out. Allison Janney won Best Supporting Actress for her role as the Draconian mother in I, Tonya, which many saw as a “showy” performance, meaning it would generate the most attention and eventual acclaim, but I also saw it as consummate and deserving. Sam Rockwell won Best Supporting Actor for Three Billboards Outside Ebbing, Missouri, which I found, in congruence with Gleiberman, to be expected but not quite as deserving as the others. Willem Defoe’s understated brilliance in The Florida Project, or Christopher Plummer’s stentorian portrayal of intractable greed in All The Money In The World were both more compelling. Although Rockwell is a great actor, the role itself — that of a hardened, racist, ultimately moralistic cop — was what won him the Oscar. Frances McDormand took home Best Actress, and was perfectly predicted to do so, as did Gary Oldman in the Best Actor category for his once-in-a-lifetime portrayal of Winston Churchill in Darkest Hour.

Maybe it is not best to hope for revolution in an institution like the Academy of Arts and Sciences. After all, it is an institution, and change is slow. But it is one of the only critical metrics we have. Although there seemed to be a cultural shift in Hollywood as a whole this year, the royals still remain somewhat conservative in choosing who they pick to wave the industry’s flag.