The Nintendo Switch Continues to Succeed 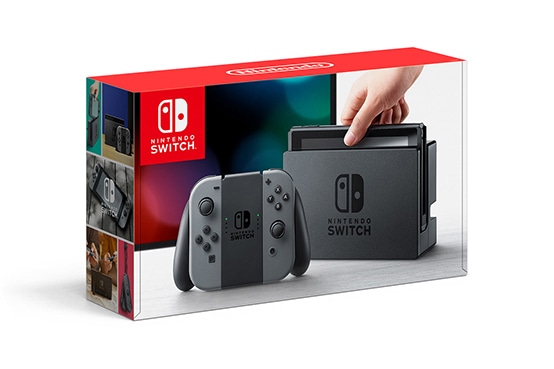 The Nintendo Switch has been out for a little over a year now and it has certainly had its ups and downs receiving a lot of praise as well as a lot of criticism. For one, the Switch sold well. Almost too well, in fact.

The Nintendo Switch was the fastest-selling console to date, selling even better than the Wii in its first few days in the Americas and Europe. After the disappointing sales from the Wii U, this was a very positive shift for Nintendo, and supply was not prepared to meet the demand, causing the Switch to be fairly difficult to obtain for months after release.

Part of the Switch’s success was due to its strong games right out of the gate. The system released alongside that of The Legend of Zelda: Breath of the Wild, which received very positive reviews. Within its first year, Nintendo released many mostly well-received games such as Splatoon 2, Super Mario Odyssey and Arms.

The company has also shown an interesting shift towards including more third-party content on the console with examples such as the Bethesda ports and an embrace of independent developer content being released and actively promoted on the Nintendo Switch.

Nintendo has also shown their continuous commitment to developing ambitious and unique projects, which they have become known for. This is shown not just by the nature of the Switch being both for the home and on the go, but also by Nintendo Labo, a gaming experience that has the player build cardboard items allowing game controllers to be used in unique ways. This hasn’t been released yet, so it is too soon to say how this will be received. Since it is a unique project and Nintendo has had very mixed outcomes with their ambitious innovations throughout their entire history, it is difficult to predict how it will turn out.

While praised for its early releases and its ability to successfully run games previously thought to be out of Nintendo’s realm (such as the games from Bethesda), the Switch has received criticism from day one about its lack of non-gaming applications like Netflix, YouTube and a web browser. Applications like these have become expected on gaming systems, and their absence from the Switch (with the exception of Hulu) has made many uncomfortable and asking when (or if) these will become a part of the Nintendo Switch in the future.

Overall, the hybrid handheld and home system from Nintendo still seems to be going strong. The recently-released game Kirby Star Allies hit number two on the UK video game sales charts and the recent Super Smash Brothers announcement has excited many fans of the system. Currently, the Switch is at a crossroads as it comes out of a period of uncertainty between major announcements. Nintendo could continue to uphold the standards they have set in this first year and the Switch could continue to develop and thrive, or they could fall back into Wii U-era habits and the Switch could begin to decline.