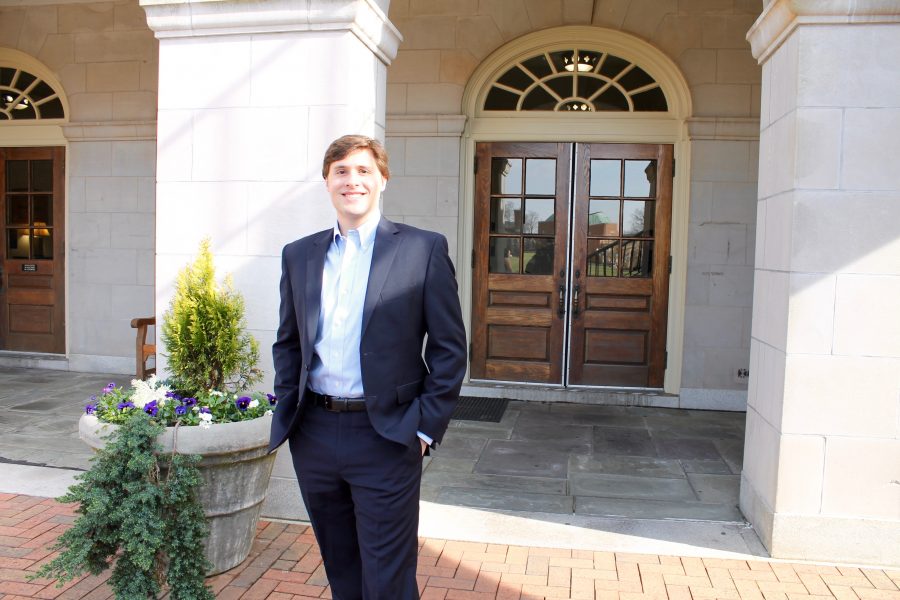 Since the beginning of this school year, senior Spencer Schiller has led Wake Forest’s Student Government as president.

In his administration, Schiller has initiated several changes to the Wake Forest community. Some of these initiatives include the Deacon Disaster Relief Fund and the Diversity and Inclusion Committee.

Now that a new executive board has been elected, Schiller reflects on his time as Student Government president.

What are the greatest lessons you learned as president?

As Student Government president, I have learned that adaptability and asking for help are both essential to being a successful leader.

In leadership positions within the university system, this is especially true and crucial in efficiently navigating bureaucratic systems. Asking for help from administrators, those with more experience than you and fellow members of Student Government can make all the difference in following through with initiatives and legislation.

I have also learned that not taking yourself too seriously is always valuable in improving relationships with fellow students.

What do you hope that your legacy will be?

I hope my legacy will include the continuation of Mental Health Week. If I can come back to Wake Forest in 30 years and if the school is still focused on the betterment of students’ mental health, I would be proud to have played a role in its creation.

What is your greatest accomplishment?

This year, my greatest accomplishment and proudest moment in office has either been successfully pulling off the Deacon Disaster Relief Fund to benefit hurricane relief or amending the Student Government Constitution to include a new committee focused on diversity and inclusion for all Wake Forest students.

In my four years in Senate, my greatest accomplishment is definitely creating Wake Forest’s first ever Mental Health Week, which has become an annual tradition since my sophomore year.

Do you have any regrets from your year in office?

The only regret I have during my administration’s term is not being able to provide football players on full scholarship with on-campus parking passes. It has been an incredibly frustrating process and hopefully the school will continue to work with next year’s executive branch to improve financial assistance for students benefitting from scholarships.

How has being president changed you personally?

Being president definitely pushed my limits from a time-management, leadership and legislative perspective, and has forced me to become better at prioritizing. I have also learned that reflection is one of the most powerful tools to use when planning events or getting to the root of issues.

Personally, I have gained amazing friendships and will always hold Wake Forest close to my heart because of the opportunities it has given me to serve.

What do you hope the next president and administration can achieve?

I hope the next president and administration can break down the Wake Forest bubble more than we have seen in the past. This year, Student Government has focused on engaging not just our students, but also the Winston-Salem community by benefitting Cooke Elementary School. I hope the trend continues. Winston-Salem is such a vibrant, up-and-coming city and I would love to see Student Government play a role in its further development.